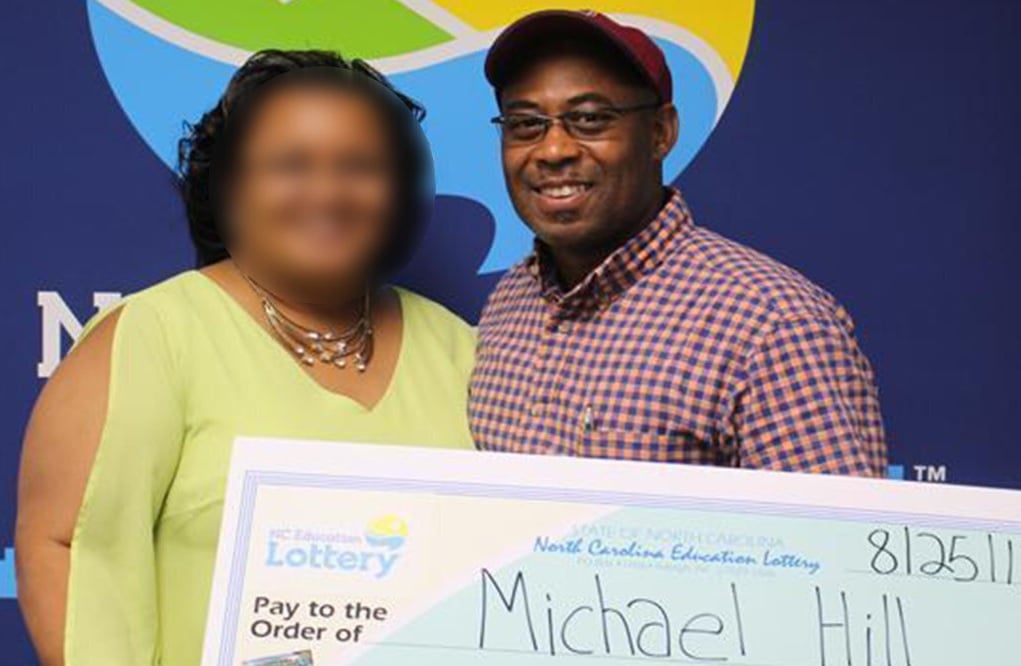 A North Carolina lottery winner has been sentenced to life in prison without the possibility of parole for the first-degree murder of his girlfriend.

He described the moment as “life-changing” as he posed for photographers with an outsized check, his wife by his side.

In July 2020, in another life-changing moment, he shot his girlfriend, 23-year-old Keonna Graham of Navassa, in the back of the head while she slept in a room at the SureStay Hotel in Shallotte, Brunswick County.

Prosecutors said Hill was jealous because Graham, 31 years his junior, had been texting other men. The pair had been in a relationship for around 18 months, according to court documents.

Graham’s body was discovered by a maid at around 12:30pm on July 20. This was around the same time her mother filed a missing persons report after she failed to show up for work as a corrections officer at Pender Correctional Institution.

According to the autopsy report, Graham was clenching a penny in her left hand, and detectives found a ziplock bag containing a white powdered substance close by.

Prosecutors said hotel surveillance footage showed that Hill was the only individual who had been in the hotel room with the victim.

He was arrested the next day and subsequently confessed to the killing. On May 27 this year, a jury found him guilty of first-degree murder.

In 2020, local NBC affiliate WECT spoke to Tiffany Wilson, a friend of the victim’s family.

“I think it’s horrible,” she said. “I mean, he just won the lottery. I heard he just got married, and you go and kill a young girl? A beautiful girl? I don’t understand.”

All that money and you are seducing a young girl to go into a hotel?” said Wilson. “I don’t know what the situation is, but you had no business being in a hotel with her.”

WECT also spoke with employees at the garage where Hill bought his lottery ticket. They said he returned after his win to gift the girl who sold him the ticket $2,000 to thank her.

They described him as a regular customer, a “nice guy.” They never would have thought he could do something like this.