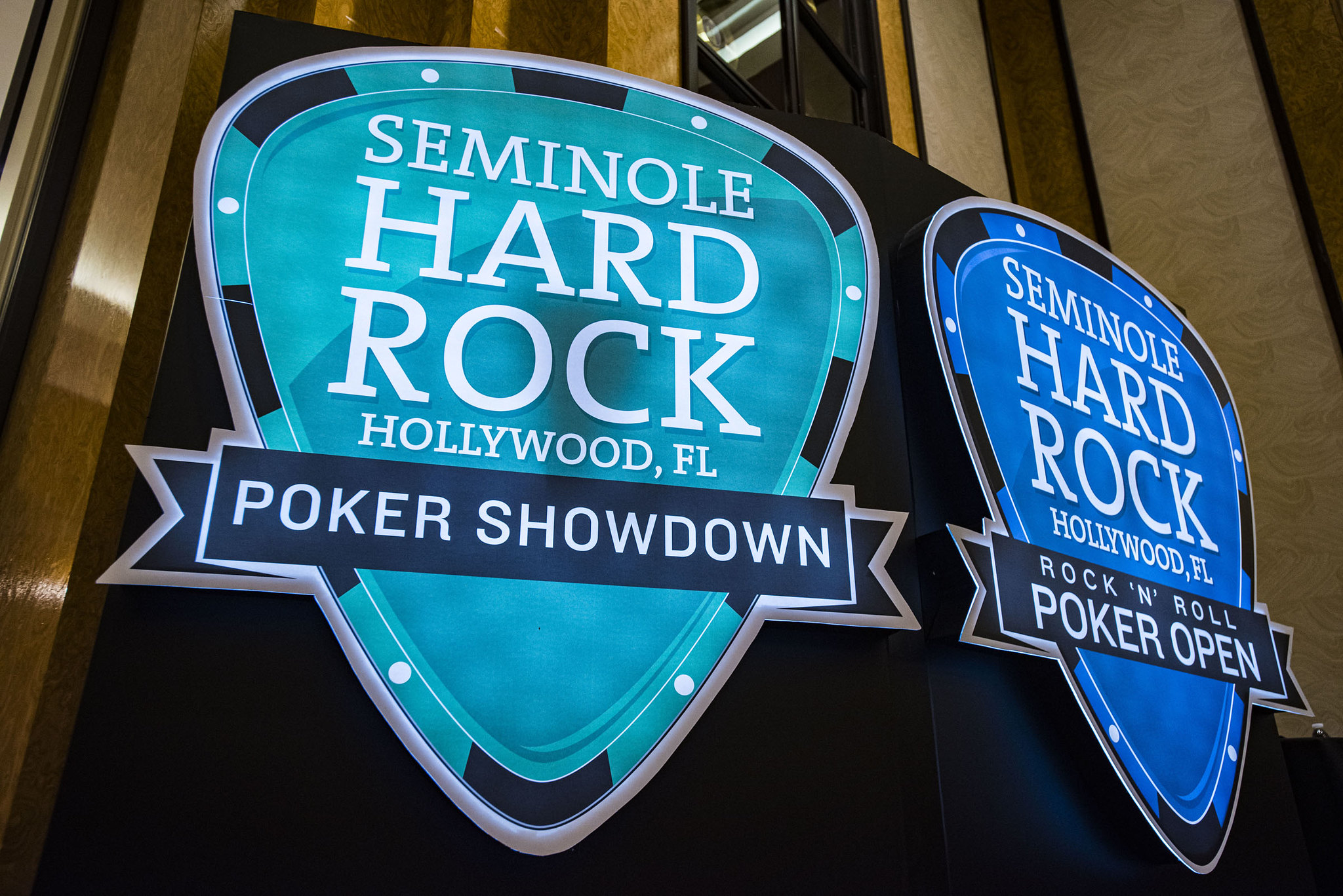 Three weeks of non-stop tournament poker action at the Seminole Hard Rock Poker Showdown in Hollywood, Florida finally came to an end this past week in a series defined by huge turnouts and massive prize pools.

The historic series, which kicked off on March 24 and wrapped up on Wednesday, generated $20.8 million in prize money across 50 events — ranging from 5-Card Pot-Limit Omaha to H.O.R.S.E. to Omaha 8 or Better — and attracted a total of 20,359 entries.

The series culminated with the $3,500 buy-in World Poker Tour (WPT) Seminole Hard Rock Poker Showdown Main Event, which ended up being the second-largest WPT Main Event in history with 2,010 entrants, second only to last year’s Main Event at the same venue that had 2,482 entries.

Four-time WPT champion Darren Elias leads the six remaining players in the event, who will finish out the final table on May 25 at Esports Arena Las Vegas at the Luxor.

PokerNews has already covered several highlights at the WPT Seminole Hard Rock Poker Showdown, which include Yuval Bronshtein winning two events to give himself seven SHRP titles, Andrew Lichtenberger defeating Alex Foxen heads-up in the $50,000 buy-in Super High Roller and WPT history being made when two female players, Valerie Novak and Jennifer Aguilar, took down events on the same day.

Here are a few more highlights from the three weeks of tournament poker action in South Florida.

Delray Beach resident Raminder Singh won a record-setting eighth SHRP series trophy late in the series when he took down Event #35: $150 No Limit Hold’em – Big Stack after a four-handed deal that earned him $5,008. 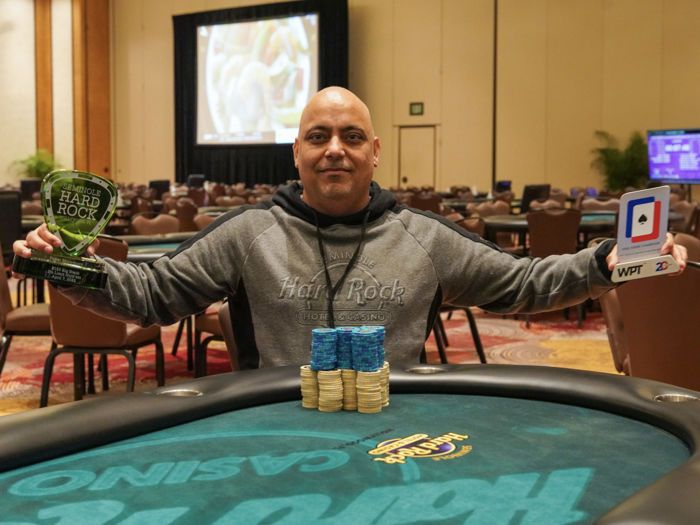 “It feels great,” Singh told SHRP after his latest victory. “For my children, it motivates them. When I win in poker, they do exceedingly well in their respective sports. My daughter is into ice skating, and my son is into swimming. So they win their trophies, and that’s the motivational factor for them. It feels great from that angle as well.”

Another big highlight to close out the series was Event #44: $25,500 No Limit Hold’em – High Roller, which attracted the likes of Mike McDonald, Jason Mercier, Joe McKeehen, Erik Seidel, Jeremy Ausmus, Brock Wilson and many of the other best players in the game. 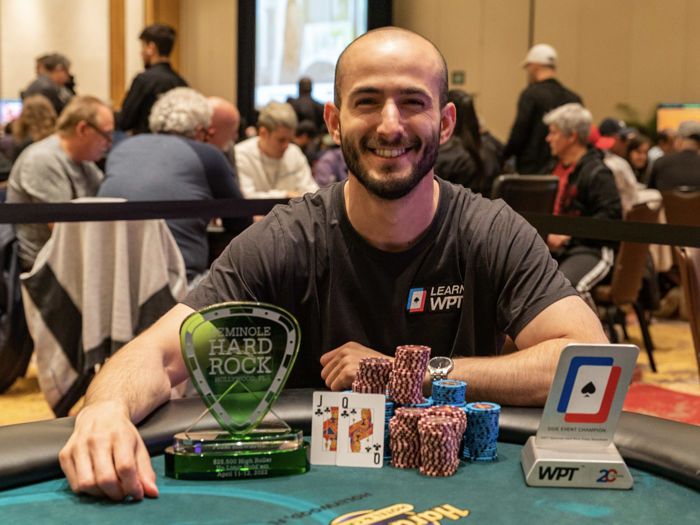 While the three-time World Poker Tour champion with $6.5 million in live earnings is no stranger to tournament success, the victory marks the Massachusetts pro’s first-ever cash in a buy-in over $15,000.

“It feels great,” Altman told SHRP after the win. “This is my first cash at this price point, so it’s nice to finally have success on the high roller level.”

Many poker players and commentators were baffled when a Pittsburgh native named Nicholas Rigby made it deep in the 2021 World Series of Poker (WSOP) Main Event while managing to play three-deuce at every given opportunity.

Rigby made a name for himself with his aggressive play with the raggedy hand, which is known as “The Diaper” in his hometown, or “The Dirty Diaper” if it’s unsuited.

While his style is no doubt unorthodox, the Pennsylvanian player proved he can play by winning Event #46: $1,100 No Limit Hold’em – Showdown Turbo Championship to take home the trophy and $44,355.

The score gives Rigby his second-largest tournament cash on Hendon Mob, roughly a third of the $136,100 he won with his 52nd-place finish in the WSOP Main Event. 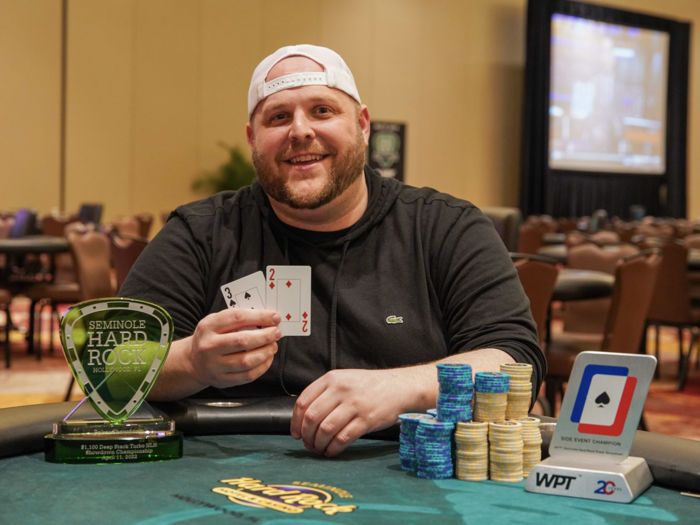 Rigby’s winner’s photo shows him graciously smiling behind an unsuited three-deuce, though SHRP’s live reporting updates show that the actual winning hand was

A full list of winners at the 2022 WPT Seminole Hard Rock Poker Showdown is available in the table below.