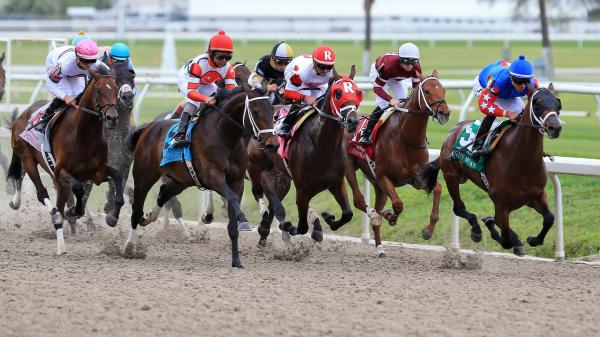 2021 Gun Runner Stakes at a Glance

The 2-year-old portion of the Road to the Kentucky Derby Presented by Woodford Reserve comes to an end at Fair Grounds in New Orleans Sunday with the running of the Gun Runner Stakes. Honoring the 2017 Horse of the Year, the Gun Runner will ask a field of seven 2-year-olds to battle at a 1 1/16-mile distance for a $100,000 and chance to pocket 10-4-2-1 qualifying points toward a start in the Kentucky Derby and to march into 2022 on an optimistic note.

1. Epicenter (5-2): Stretched out to a mile in his second start and won impressively in fast time. Breaking from the rail should improve his chances in a field without much speed in it. He’s trained by Steve Asmussen, who also trained Gun Runner but is in the midst of a cold spell at Fair Grounds.

2. Waita Minute Hayes (8-1): He won the Jean Lafitte Stakes at Delta Downs with a strong late surge but was disqualified and placed second for drifting. The final time fits in fine with these and he’s crossed the wire first in all three starts on dirt. At the morning-line price, he’s worth a look in a smallish field.

3. Rocket Dawg (3-1): He was a sharp winner of his debut, rallying from seventh and drawing clear in the stretch to win by more than five lengths. He stretches out from seven furlongs to a two-turn, 1 1/16-mile distance, but his running style and breeding work in his favor. Trainer Brad Cox is off to a quick start at the meet and this son of Classic Empire seems poised for another big effort.

4. Surfer Dude (5-1): It took him five starts to break his maiden, which came in a determined effort at Churchill Downs by a neck. That was a seven-furlong race, and he tired in two starts at a longer distance, so it might be wise to look in a different direction for a winner.

5. Kevin’s Folly (8-1): He’s lost three in a row since winning at first asking at Saratoga. He was tested in two Grade 1 stakes and was a promising third in the Hopeful Stakes followed by a dull eighth in the Claiborne Breeders’ Futurity. He was third last time out in a two-turn allowance race. His speed figures are on the slow side, weakening his appeal, but he has the kind of experience in stakes company that makes him a contender here.

6. Tejano Twist (3-1): He has the most experience in the field with eight starts, and also the most wins with three. He’s coming off a victory in the $200,000 Lively Shively Stakes and won an allowance race by 7 ¼ lengths. The issue is that both of those races were sprints and he has yet to race beyond 6 ½ furlongs. That could be worrisome but his breeding indicates he should be able to handle the distance and his speed could make him hard to catch. Ten furlongs on the first Saturday in May seems beyond his scope, but this race could be right up his alley.

7. Rich Strike (15-1): He was a troubled third last time but his lone win came in a maiden claimer and his speed figures say he’ll need to take a big step forward to be a factor here.