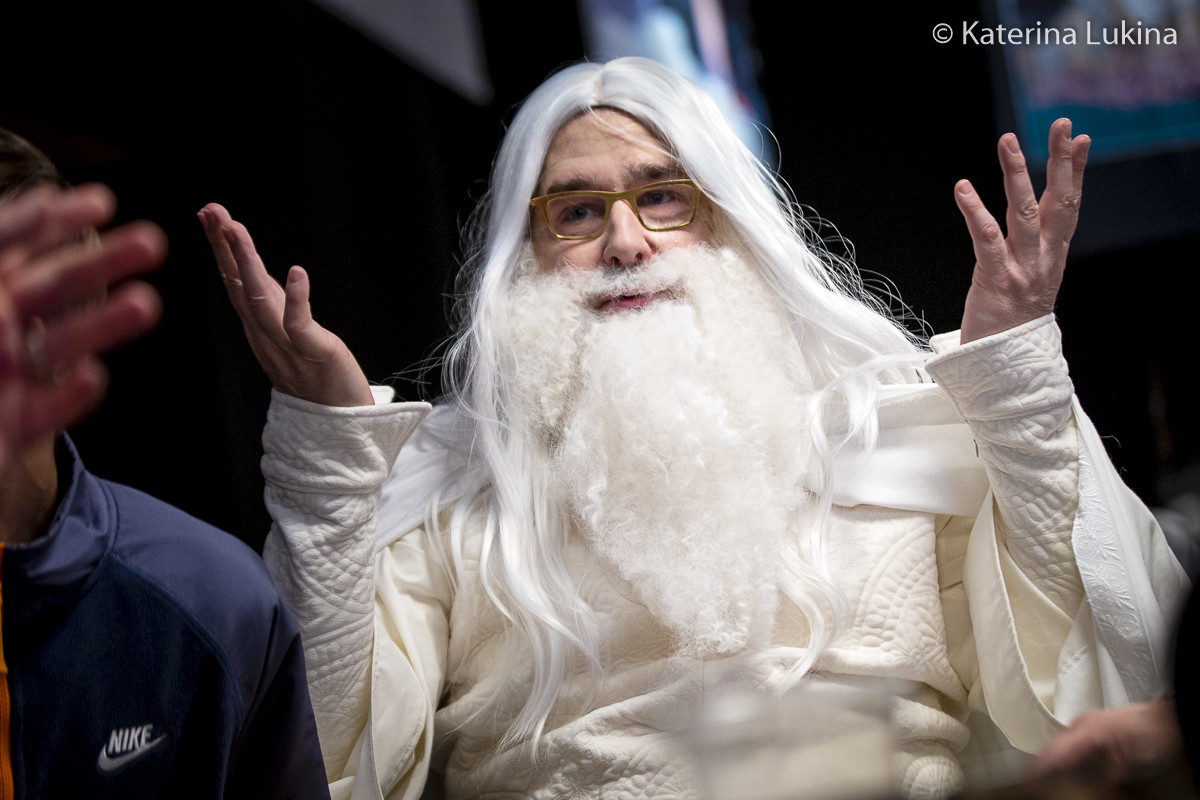 History was made on Day 41 of the 2021 World Series of Poker (WSOP) at the Rio All-Suite Hotel & Casino as for the first time ever the WSOP $10,000 Main Event provided players with options on the same day to enter into the final opening flight in Day 1f or to late-register into Day 2abd.

In other news, Phil Hellmuth made his grand entrance into the Main Event via the Day 1f field decked out in a Gandalf the White costume, flanked by 16 models, two elves, and Dan “Jungleman” Cates, who was also dressed in Lord of the Rings character.

Shahid, Martinez, and Davies Among the Big Stacks on Day 2abd 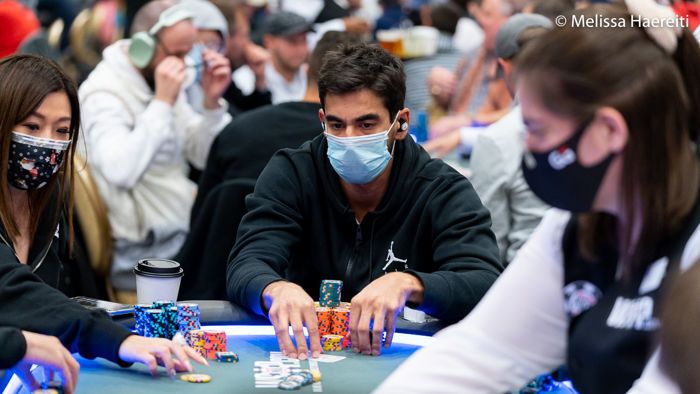 The 2021 World Series of Poker $10,000 Main Event has concluded the first of two Day 2s. All survivors of Day 1a, 1b, and 1d returned to their seats in the Brasilia and Pavilion Room and along with the late entrants, that made for more than 3,000 hopefuls from all over the world back in action in the Rio All-Suite Hotel & Casino. After the completion of five two-hour levels, that field was cut down to more than half on Day 2abd. 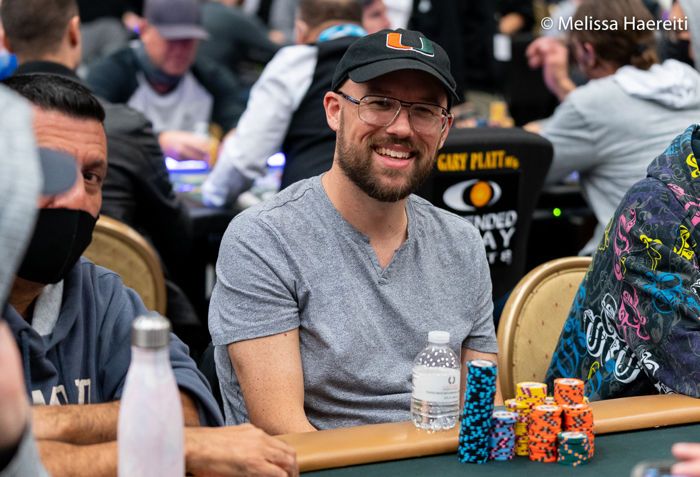 It was one of the busiest days of the 2021 WSOP so far as the constant riffling of chips could be heard throughout the entire Pavilion Room. For the first time, the flagship tournament allowed late registration on Day 2, and players could enter for the first two levels and the following break.

Some 145 contenders opted to buy into Day 2abd during the first two levels instead of jumping into Day 1f, which kicked off one hour later in the Amazon Room. Along with all of the Day 1 entries across the six starting days, the flagship event of the festival has attracted more than 6,500 entries already.

When the dust had settled upon completion of Level 10, more than half of the field was gone and all those still in the mix condensed into four different areas in the Pavilion Room bagged up their chips. Some notables who failed to make it that far were Jeff Hakim, Asi Moshe, Adam Friedman, Rep Porter, Mikita Badziakouski, Sam Grafton, Jeff Gross, as well as the GGPoker online streamers Patrick Tardif and Kevin Martin.

Maria Konnikova saw her Main Event run come to an end when she was involved in a three-way all-in with pocket jacks. Pete Skyllas flopped an inferior set of tens but spiked the one-outer to score a double knockout. Melanie Weisner, Lexy Gavin, Lena Evans, and Kelly Minkin were also sent to the rail.

The survivors of Day 2abd now have one day off before returning to their seats on Thursday, November 11, at 11 am local time. They will then be joined by all those who make the cut for the second Day 2, which features all survivors of Day 1c, Day 1e, and Day 1f along with the players who enter during the late registration period.

When the action for Day 3 resumes with blinds starting at 1,200/2,400 with a big ante of 2,400, the prize pool information will be known already and the money bubble is expected to burst early on Day 4.

Check out all of the WSOP Main Event updates 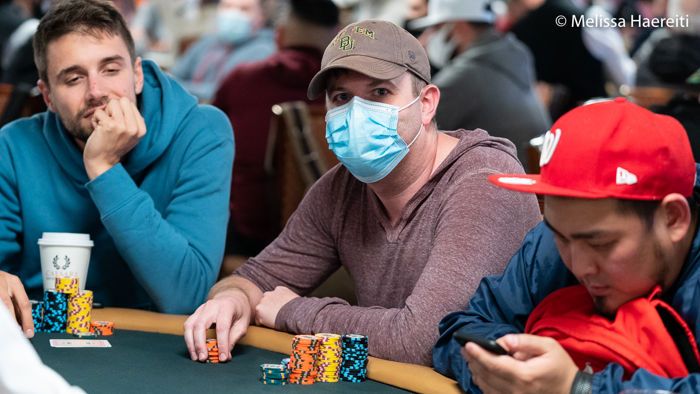 The 2021 World Series of Poker has drawn its curtains on the sixth and final flight of Event #67: $10,000 No-Limit Hold’em Main Event World Championship. After five levels and over 12 hours, Day 1f attracted a field of 1,045 players, and only 782 will be moving on to Day 2cef.

Adam Walton topped the Day 1f leaderboard after bagging up a whopping 334,000 chips. The majority of Walton’s chips came from two hands against Frederic Normand, one where Walton got a fold from Normand and the other when Walton’s kings overpowered Normand’s ace-king in the last level of the night.

Some other big stacks to end the day included Tung Nguyen who finished with 328,200. Nguyen was the only other player with a stack of over 300,000 chips with Hannes Speiser (282,100) bagging the third biggest Day 1f stack. Ryan Hartmann (243,000) also bagged a big stack but was overheard stating that his stack could have been much larger if it weren’t for a bad beat in the last moments of the night. 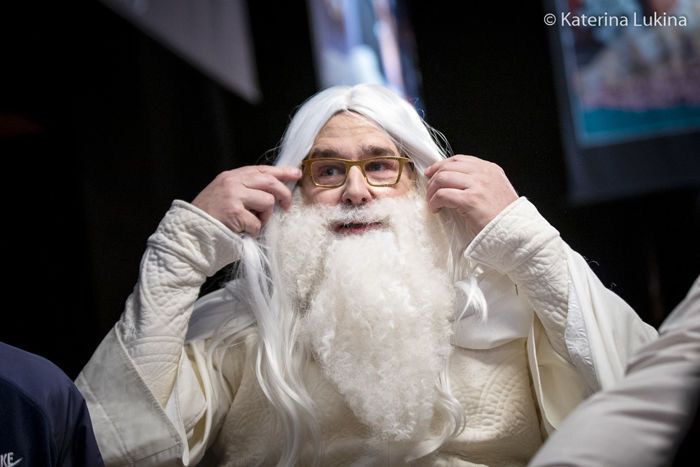 The highlight of the day came just before the dinner break when Phil Hellmuth made his grand entrance into the Amazon Room. With cameras surrounding the 16-time bracelet winner, Hellmuth was dressed as Gandolf The White and he captured the eyes of everyone in the room. Hellmuth only played two levels of poker on Day 1f and managed to turn his starting stack of 60,000 chips into 94,500 for tomorrow.

Some other notables to enter the last starting flight include Fedor Holz (161,600), Scotty Nguyen (52,200), Michael Mizrachi (212,300), and Chris Moneymaker (75,800). Nguyen and Mizrachi played at the same table throughout the day, also known as the ‘Table of Death’. It included Felipe Ramos and Harald Sammer who somehow also managed to weave their way through the day with above starting stacks.

Holz entered the day at the start of the second level and never once fell below his starting stack. An aggressive start followed by some made hands in the last level resulted in Holz bagging an above-average stack for Day 2. He was joined by many other international players who made the trek to Las Vegas now that the international travel ban has been lifted. The last two starting flights were added to the schedule to accommodate those that were not able to fly across the Atlantic Ocean due to the pandemic.

Unfortunately, there were some players who were unable to find a bag by the end of the day and they will not be returning for Day 2 and a shot at glory. Rainer Kempe, Dominik Nitsche, David Benyamine, and the 2021 WSOP Seniors Champion Robert McMillan were all forced to the rail throughout the day.

McMillan was the victim of a former WSOP Senior’s Champion James Hess who won that title back in 2011. The two bracelet winners collided in a hand that saw Hess come out on top to eliminate McMillan. Kempe was just flat-out unlucky after turning the nut straight only to see the board pair on the river and Vinny Ta’s full house ended Kempe’s short-lived tournament. As for Benyamine, he fell by the wayside in the fourth level of the day when his ace-king flopped a pair of kings but he was up against pocket aces.

For all those players advancing from Day 1f, they will return bright and early Wednesday morning for Day 2cef that begins at 11 a.m. local time throughout the Pavillion and Amazon rooms. Another five two-hour levels will be on the schedule before all the remaining players gather for Day 3 on Thursday, November 11.

Check out all of the WSOP Main Event updates 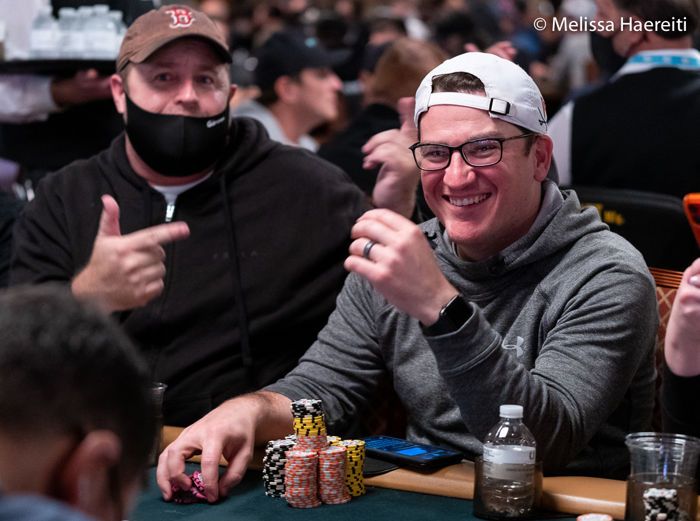 Other notables bagging at the end of the flight include 2018 WSOP Player of the Year and five-time bracelet winner Shaun Deeb, two-time bracelet winner Athanasios Polychronopoulos who won a big pot when two rulings needed to be made after the clock was called, hit zero and he then made the call for most of his chip stack. and high stakes poker player and businessmen Bill Klein.

The remaining players that bagged for Day 1b are scheduled to play Thursday, November 11 at 1 p.m. and will play 10 hour-long levels, with 15-minute breaks after every two levels and a 60-minute dinner break after the sixteenth level. Play will resume with Level 11, and the blinds will be 1,000/2000 with a 2,000 ante.

Check out all of the Little One for One Drop updates