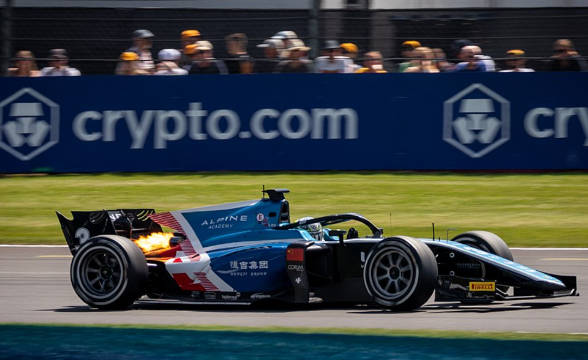 Sunday, July 3 is the date when the 2022 British Grand Prix will take place. This is going to be the 10th race in the Formula 1 season, in which Max Verstappen is currently leading the drivers’ rankings. The Dutch driver is expected to win this weekend, which would be his seventh win of the year. Charles Leclerc of Monaco is seen as the #3 favorite, followed by legendary British driver Lewis Hamilton.

Speaking of Hamilton, he is the record-holder for most wins in the British GP with eight titles to his name. Three of those happened in the previous three editions of the race, meaning that he’s the defending champ. The big question is whether he can win it again?

Reasons Why Verstappen is Favored to Win the 2022 British GP

Although he’s never won the British Grand Prix, Verstappen did end up on the podium two times. He finished second in 2016, as well as in 2020. Last year, he retired from the race, even though he finished in the pole position in the qualifying classification. What happened in the race was that Verstappen suffered a collision, hitting the tire wall at the speed of 180 mph.

Verstappen did end up in the hospital that day but was released the same evening as he didn’t suffer serious injuries. He made his comeback two weeks later in the Hungarian GP where he finished in the #9 position. However, from there, he went on to win five of the remaining 11 races, finishing in the #2 place on five occasions as well.

Thanks to his impressive run, he was able to win the 2021 Formula 1 Championship, thus putting an end to Lewis Hamilton’s winning streak of four straight season victories.

Hamilton Loves Driving in the UK

In 2022, Verstappen is the best driver in the world. He is sitting at the top of the F1 drivers’ championship rankings with 175 points. However, the season is long, with another 13 races left. That said, there’s still plenty of time for Verstappen’s rivals to challenge the title.

If there’s a driver who could do it, it’s Lewis Hamilton. The most successful driver of his generation hasn’t been great this season, but that might not be his fault but of his team. This is why Mercedes is going to make some big upgrades ahead of the British GP, which are likely to benefit Hamilton.

Another reason why Hamilton needs to be thought of as a serious candidate for winning this race is that he loves driving at the Silverstone Circuit. He holds the record for most wins in the British GP, winning seven of the previous eight editions of the race.

It’s no surprise that Max Verstappen is the betting favorite for this race, however, we believe we could see an upset. Sunday’s race looks like an ideal opportunity for Lewis Hamilton to start his surge. He’s still without a win in 2022, but his form has been on the rise lately.