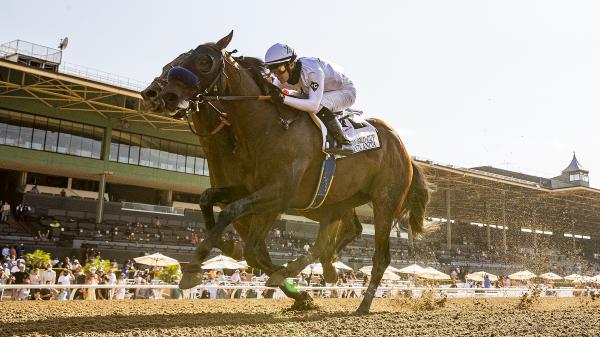 2022 Hollywood Gold Cup at a Glance

Hollywood Park may be gone, but it’s not forgotten. The old racetrack, which was on the site that now houses the ultra-modern SoFi Stadium in Inglewood, gave racing industry a legion of great and historic moments, including numerous runnings of the Hollywood Gold Cup. Now run at Santa Anita, the race still ranks as one of the top stakes for older horses on the West Coast and offers another interesting edition on Memorial Day.

1. There Goes Harvard: This seems like a tough spot for a horse who has never raced in a graded stakes. He’s only raced beyond 1 1/16 miles on dirt once and finished second in a maiden. Only real positive is that he has Irad Ortiz Jr. in the saddle.

2. Royal Ship: He was second by a head in last year’s Gold Cup and had a nice prep for this this while winning a mile stake over the track. If he moves forward at all after his last race, he will be very hard to beat in a small field.

3. Spielberg: One of two Sean McCarthy runners in here, he’s coming off a disappointing 24-length loss to Stilleto Boy in the Californian. He hasn’t won a stakes since he was 2 and this does not seem like the right spot to add one to his resume.

4. Defunded: He posed a sharp allowance win off a 9-month layoff. He showed some promise at 3 and if he can regain that form, he’ll be a main contender.

5. Stilleto Boy: He was an impressive front-running winner of the Californian at 1 1/8 miles. He was third in a trio of Grade 1 stakes, including the Pegasus World Cup Invitational Presented by 1/ST BET and the Santa Anita Handicap Presented by Yaamava’ Resort & Casino. The distance is a concern but in a small field like this he might be able to control the pace and lead throughout.