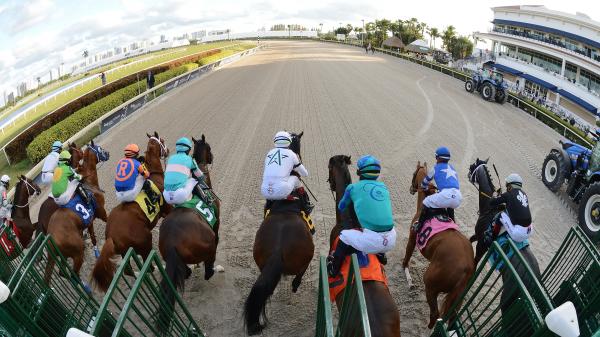 2022 Holy Bull Stakes Cheat Sheet: Get to Know the Horses

The 2022 Kentucky Derby Presented by Woodford Reserve trail makes its first official stop at Gulfstream Park for the $250,000 Holy Bull Stakes, a race won in previous years by eventual Derby victors Go for Gin and Barbaro.

The Holy Bull Stakes, named for the 1994 Horse of the Year, is an important race in its own right that was won in 2018 by eventual Kentucky Derby third-place finisher Audible and in 2020 by Derby runner-up Tiz the Law. It also serves as a local steppingstone to the $400,000 Fasig-Tipton Fountain of Youth Stakes March 5 and the $1 million Curlin Florida Derby on April 2.

This year’s race drew a field of nine 3-year-olds looking to earn qualifying points for the Kentucky Derby, which will be awarded on a 10-4-2-1 scale to the top four finishers. Let’s take a closer look at this year’s entrants in post-position order.

Notable achievements and interesting facts: Pedigree aficionados will be drawn to Galt as a full-sibling (same sire [father], same dam [mother]) to two-time champion Songbird, a brilliant filly who won 13 of 15 career starts and earned more than $4.6 million, but Galt did not dazzle from the start like his older sister. After a troubled trip in his debut and an unsuccessful foray on the grass in his second start, Galt returned to the main track and dominated with a six-length romp at this track and 1 1/16-mile distance Dec. 26. The Holy Bull will be a major class test for this Medaglia d’Oro colt and he needs to improve significantly on the Equibase Speed Figure scale to be a serious threat, but Hall of Fame trainer is showing confidence by entering him here. Jockey Junior Alvarado won the Holy Bull aboard Mohaymen in 2016.

Notable achievements and interesting facts: Mo Donegal delivered a game nose victory over Zandon in the Grade 2 Remsen Stakes Dec. 4 at Aqueduct, where the third-place finisher was 9 ¾ lengths behind the top pair. The Remsen victory at 1 1/8 miles was a strong indicator that this Uncle Mo colt should be a formidable 3-year-old with the capability to excel in two turn races. One start prior to the Remsen, Mo Donegal showed improvement when stretching out from a sprint to a 1 1/16-mile maiden race at Belmont Park by posting a 1 ¾-length victory. He earned identical 93 Equibase Speed Figures for the two wins and, with nine weeks of rest and a steady string of workouts to his credit, Mo Donegal has a very good chance to improve Saturday. Even an incremental move forward will make him very tough in the Holy Bull for trainer Todd Pletcher, who won this race in 2012 with Algorithms and in 2018 with Audible. Jockey Irad Ortiz Jr. has not won the Holy Bull, but he finished third in the last two editions and second aboard Frosted in 2015.

Notable achievements and interesting facts: After earning a breakthrough first career win in his third race Oct. 20 at Parx Racing, Eloquist was tested against stakes competition and found the water significantly rougher. He was fifth, beaten by 14 ½ lengths, in the Grade 2 Remsen Stakes in December before a sixth-place finish in his 3-year-old bow Jan. 9 at Gulfstream Park, where he was beaten by 10 ¼ lengths going a mile. You never know when the lightbulb might switch on for a developing Thoroughbred and the spring of a colt’s 3-year-old season is a logical time. But Eloquist would need to take a significant leap forward off his career-best 81 Equibase Speed Figure to be a win contender in the Holy Bull.

Pedigree: Not This Time – Simply Confection, by Candy Ride

Notable achievements and interesting facts: From the family of two-time champion Ashado, Simplification turned heads in his 3-year-old debut by streaking to a front-running four-length romp in the Mucho Macho Man Stakes at Gulfstream Park Jan. 1. He showed a flash of that ability in three starts sprinting as a 2-year-olds, specifically in a 16 ¾-length runaway win Oct. 23 in a three-quarter-mile maiden race restricted to Florida-breds. The Mucho Macho Man was a significant test of both class and stamina and Simplification aced his first exam for trainer Antonio Sano, who finished second in the Holy Bull in 2017 with eventual Fountain of Youth Stakes winner Gunnevera. With a career-best 99 Equibase Speed Figure, Simplification fits with this group of Holy Bull contenders. He should be engaged early and his chances to be there at the end would improve dramatically if there is not much competition near the front. Jockey Javier Castellano won the Holy Bull with Algorithms in 2012 and Audible in 2018.

Notable achievements and interesting facts: Cajun’s Magic competed successfully in the FTBOA Florida Sire series last summer, winning the Dr. Fager division and subsequently running second to Octane in both the Affirmed and In Reality divisions. He has not raced since the Sept. 25 In Reality Stakes and steps up off the long layoff from state-bred competition to a Grade 3 stakes. But Cajun’s Magic has been working steadily since December and he improved his Equibase Speed Figure by seven points to a career-best 95 when stretching out around two turns for the first time in the In Reality. He looks like he fits here based on speed figures and running style, but because his trainer-jockey are less familiar than most of the others entered and his pedigree is not especially fashionable he probably will be overlooked in the Holy Bull. That might be a mistake as Cajun’s Magic has never finished worse than second in five races and he’s pretty fast.

Pedigree: Hit It a Bomb – Tiz the Key, by Tiznow

Notable achievements and interesting facts: A multiple stakes winner on grass last seen running second to Modern Games in the Breeders’ Cup Juvenile Turf, Tiz the Bomb returns to the main track for his 3-year-old bow to test his talent on the Triple Crown trail. As a 2-year-old, Tiz the Bomb was a well-beaten seventh sprinting on the main track in his career debut before winning a maiden race washed off the grass at Ellis Park by 14 ¼ lengths on a fast main track as the 3-5 favorite. He then showed an affinity for the grass with a three-race stretch that included wins in the Kentucky Downs Juvenile Mile Stakes and the Grade 2 Castle & Key Bourbon Stakes before earning a career-top 109 Equibase Speed Figure in the Juvenile Turf. Tiz the Bomb is the fastest horse in the field on paper, so the talent is clearly there, but whether or not he can be as effective on dirt remains to be seen. Kenny McPeek, who teamed with jockey Brian Hernandez Jr. to win this race in 2019 with Harvey Wallbanger, also trains promising 3-year-old prospects Rattle N Roll, Smile Happy, and Dash Attack.

Notable achievements and interesting facts: Spin Wheel was entered in turf races for his first two starts, but after he ran fairly well when the second was rained off the grass onto the Keeneland main track in October, trainer Rusty Arnold gave him another shot on dirt. Stretching out to 1 1/8 miles on a fast main track at Churchill Downs Nov. 27, Spin Wheel passed all 11 opponents and made up 11 ¼ lengths in the final three-eighths of a mile to post an impressive nose victory. Spin Wheel got a masterful ride by Julien Leparoux in the maiden win, saving ground through the final turn and squeezing through a narrow opening late, but he showed determination and maturity in the victory. With a career-top 86 Equibase Speed Figure, Spin Wheel must take another step forward to be a win threat in the Holy Bull but he should be passing horses late with a shot to finish in the top three. Jockey Julien Leparoux won the Holy Bull with Saratoga Sinner in 2009 and with Dialed In in 2011.

Notable achievements and interesting facts: White Abarrio opened his career with dominant wins in September and October at Gulfstream Park before shipping North to Churchill Downs for the Grade 2 Kentucky Jockey Club Stakes. White Abarrio held his own in his stakes debut, finishing third of 11, but he was six lengths behind winner Smile Happy. Like many of the runners entered in the Holy Bull, this colt is withing striking range from a speed-figure perspective but would need to improve to be a threat to take home the top prize.

Pedigree: Giant’s Causeway – Game for More, by More Than Ready

Notable achievements and interesting facts: Giant Game was a flashy maiden winner last fall at Keeneland who followed that up with a rallying third-place finish at 21.90-1 odds in the TVG Breeders’ Cup Juvenile Presented by Thoroughbred Aftercare Alliance. He has not raced since then but has put together an impressive string of seven weekly workouts with a couple of eye-catching bullet (fastest at the distance) drills at Gulfstream Park since Dec. 20. I think there is a very good chance we see a true breakout performance from Giant Game in the Holy Bull for trainer Dale Romans. By leading sire Giant’s Causeway, Giant Game is out of the multiple stakes-placed More Than Ready mare Game for More, who also had produced multiple graded stakes winner Isotherm and Grade 1-placed Gio Game. Trainer Dale Romans finished second in the Holy Bull in 2019 with Everfast and 2018 with Free Drop Billy; jockey Luis Saez won the 2014 Holy Bull aboard Cairo Prince.

2022-02-03
Previous Post: Nevada Casinos Reach All-Time Revenue High • This Week in Gambling
Next Post: How I Won an Online Satellite to RGPS San Diego While Playing from the United States