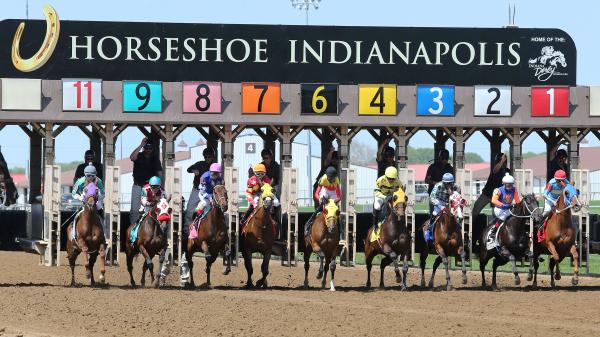 2022 Indiana Derby at a Glance

The Triple Crown season is finished, but this year’s 3-year-old division is far from settled and big races such as the TVG.com Haskell Stakes in a couple of weeks and the Runhappy Travers Stakes in late August will go a long way toward determining which horses from a competitive group will emerge as leading Eclipse Award candidates.

The “flyover country” series of state Derbys recently got underway with the Ohio Derby, and these races also merit consideration as steppingstones for mid-pack contenders to climb the ladder.

Saturday’s Grade 3 Indiana Derby at Horseshoe Indianapolis features an interesting field consisting of former Kentucky Derby Presented by Woodford Reserve trail horses trying to get back on track and some up-and-coming types who are ready to find out if they deserve the spotlight. The Indiana Derby is the final event on a marquee racecard that features seven other stakes.

Last seen running 10th of 11 in the Pat Day Mile Presented by LG&E and KU, he was an also-ran in three Kentucky Derby preps prior to that. This is a much easier group than he’s been facing, but he’ll need to somehow recover his fall 2021 form, when he won two in a row setting the pace, to be a factor. He’s had some good recent workouts and look for Rafael Bejarano to send him from the rail.

Enters off of a runner-up finish in a first-level allowance at Horseshoe Indianapolis where set the early pace, was challenged, and could not hold on, losing by 1 ½ lengths to a horse that came back to run seventh behind Rattle N Roll in a stakes at Churchill Downs on July 2. He was 26.20-1 in that race and is 1-for-11 lifetime. Look for comparable odds Saturday.

He’s cross-entered in a stakes race restricted to Indiana-breds earlier on Saturday’s card at Horseshoe Indianapolis. He’s got a fine record overall of four wins, two seconds, and one third in eight starts with three stakes victories against state-bred opponents, including a 5 ¼-length score last out with Jon Court aboard. His speed figures are a cut below the top tier of Indiana Derby entrants, however.

He enters off of a rallying head win in the Texas Derby at Lone Star Park, held at this 1 1/16-mile distance. That was his first career win in four starts, and he earned a sharp 105 Equibase Speed Figure. If this Three Chimneys homebred can come close to that effort again, he’s got a shot to win Saturday, and his pedigree gives him an added boost as a son of the great Curlin and out of a dam who was runner-up in the 2015 Longines Kentucky Oaks.

Like Mowins, he’s entered in the Snack Stakes earlier on the card restricted to Indiana-breds. If he does run in the Indiana Derby, he’ll be part of the pace scenario, as he’s 2-for-2 lifetime with both wins coming on this track and while forwardly placed. Locally-based Rodney Prescott retains the mount, and he’s an aggressive jockey who’ll hustle this gelding out of the gate in hopes for an upset.

Ken McPeek wheels this Grade 1 winner back after just one week, following his two-length win July 2 in the American Derby at Churchill Downs at 1 1/16 miles. That was his first win since taking the Claiborne Breeders’ Futurity at Keeneland last fall, and it erased some of the disappointment from earlier this spring, when he finished off the board in three Kentucky Derby preps. It’s an ambitious move by McPeek, but if this runner is as fit as his trainer’s confidence indicates, he’ll be tough to beat. (Rattle N Roll is also entered in the Iowa Derby Saturday, but McPeek told BloodHorse’s Byron King that his charge would run in the Indiana Derby.)

Brad Cox has sent some good ones to the Indiana Derby over the past couple of years, and this son of Flatter fits the bill. He’s 2-for-2 lifetime, his most recent win coming June 12 at Churchill Downs where he stalked the pace and shot clear to a four-length triumph in an allowance race taken off the turf. He’s out of a Smart Strike mare and his second dam is multiple Grade 1 winner Spun Sugar. There’s plenty of upside here, and he just may begin capitalizing on it Saturday.

This Bodemeister colt is cross-entered in the Iowa Derby later Saturday evening. A $2,200 purchase as a yearling, he began his career with two starts on turf and finished third both times without threatening. Then he switched trainers to Michael McCarthy and racing surfaces to dirt and exploded to a 7 ¼-length win in a seven-furlong maiden race June 8 at Churchill, earning a 105 Equibase Speed Figure. That, plus some swift recent workouts, makes him a threat in the Indiana Derby, and James Graham, who was aboard for his breakthrough win, makes the trip up from Kentucky.

At long last, this fan favorite returns to the track and figures to take some money in the Indiana Derby, dropping his morning-line odds and making him a potential underlay. He skipped the Kentucky Derby and Preakness Stakes with minor injuries and hopes to reclaim the form that helped him win the Rebel Stakes back in February at 75.40-1 odds. His only race between now and then – eighth in the Arkansas Derby – is a throw-out as he was slammed into the rail just as he started to rally. Still, this one-eyed gelding will need to get faster to win Saturday for new trainer Robertino Diodoro.

This California-bred gelding sports a 2-for-11 record and having failed to hit the board in his last five starts. Most recently, he clunked up to finish sixth of eight in the Texas Derby won by King Ottoman. His come-from-behind running style is a good fit with Kentucky Derby-winning rider Sonny Leon, but it’s hard to envision such magic happening again in the Hoosier State.