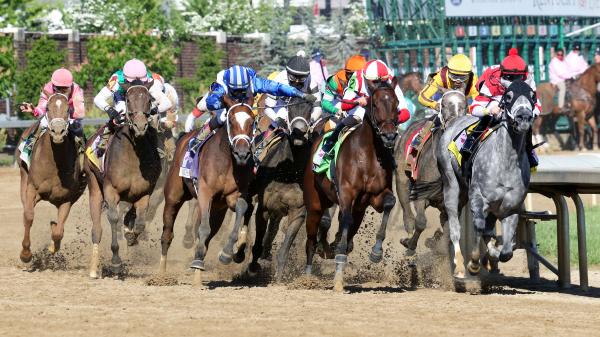 2022 Kentucky Oaks at a Glance

Although there’s no shame in taking a backseat to the Kentucky Derby Presented by Woodford Reserve, this year the ladies figure to put on a show as compelling as the run for the roses when 14 of them clash Friday in the Longines Kentucky Oaks at Churchill Downs on the eve of the Kentucky Derby. A “Fab Four” of Secret Oath, Echo Zulu, Nest and Katheen O. are the standouts in a top-heavy field that boasts several budding stars and shapes up as an intriguing wagering affair, especially if you can find one or two longshots who land in the exotics. Given that two of the aforementioned fillies have to be the third or fourth favorite – at best – it illustrates all of the betting value that will be on the toteboard. Of course, forecasts calling for rain on Friday could put a bit of a damper on all that.

1. Secret Oath (6-1 morning line odds): She was dominant in two efforts against fillies to start the year for legendary trainer D. Wayne Lukas and then was a game third despite some trouble when facing the boys in the Arkansas Derby. She’s certainly a major factor here, though rain could spoil her chances, and will benefit from a rail trip. But the key question involves how much the that race took out of her. If it’s next-to-nothing, she just might breeze to victory. If not …

2. Nostalgic (15-1): Turned in a nice, rail-skimming trip to win the Gazelle Stakes, but it checked in significantly slower than the boys’ clocking in the Wood Memorial Stakes Presented by Resorts World Casino. She seems to be getting better at the right time but will need to take another big step forward here.

3. Hidden Connection (20-1): If you like Echo Zulu, then you have to include her in your exotics. The 2-year-old champion hung on to beat this filly by a nose in the Twinspires.com Fair Grounds Oaks and the added distance should benefit her. She won by more than 9 lengths in her lone Churchill Downs start, adding to her appeal.

4. Nest (5-2): She earned her role as the morning-line favorite with a powerhouse performance in the Central Bank Ashland Stakes at Keeneland, pulling away to win by 8 1/4 lengths on a track labeled “wet fast.” Given that her lone loss came in a one-turn stakes and she’s a daughter of Curlin, she should handle the distance. She looks like the most likely winner and trainer Todd Pletcher’s best bet for a record-tying fifth Oaks win.

5. Goddess of Fire (15-1): She got first run on Kathleen O. in the Gulfstream Park Oaks but could not fend off that undefeated rival’s stretch bid. She seems to be getting better with each start and with Pletcher at the helm stands as an interesting longshot.

6. Yuugiri (30-1): She won the Fantasy Stakes last time out but was beaten 9 1/4 lengths by Secret Oath before that. Her speed would normally be an asset but an early battle with Echo Zulu could fatigue her.

7. Echo Zulu (4-1): She was the 2-year-old champion and is still undefeated, which would normally make her a short-priced favorite here. However, her lone 2022 start was that narrow victory in the Twinspires.com Fair Grounds Oaks. She’s certainly fresh and has won on a wet track, but one has to wonder if she’s good enough to beat this field off just one race in six months. If she is, get a spot in the Hall of Fame ready for her. She would be that good.

8. Venti Valentine (20-1): She lost by a neck to Nest in the Demoiselle Stakes to close their respective 2-year-old seasons. She then posted a lopsided win in the Busher Invitational Stakes. In her final Oaks prep, she finished second in the Gazelle Stakes, but she did not run her typical race while setting the pace and she may have bounced after the big effort in the Busher. A strong, bounce-back effort seems quite possible here and rain should not faze her as she has a stakes win on a sloppy track.

9. Desert Dawn (20-1): While the fillies from the East and Southwest have dominated the headlines in the division, she stands as the West’s best hope after a win in the Santa Anita Oaks. Her speed figure for that win puts her in the mix, but she was 14.60-1 on the toteboard that day and might regress a bit after such an improved effort.

10. Kathleen O. (7-2): When it’s said that a horse has done nothing wrong, she’s the poster girl for it. She’s started four times and triumphed each time, including a win in the mud in her debut. Can’t do any better than that, can you? She’s taken a step forward in each of her starts and one more move like that will make her very hard to beat here. If there’s a concern, it’s that she’s run three times on a Gulfstream Park surface that can be hard on some horses, though that didn’t seem to bother trainer Shug McGaughey’s Kentucky Derby winner, Orb.

11. Cocktail Moments (30-1): She was also second to Nest, but she was no real threat that day in the Central Bank Ashland Stakes. Will need considerable help to be a main factor in this field.

12. Candy Raid (30-1): She’s unplaced in her last two dirt races which does not bode well for her chances here, especially from post 12.

13. Shahama (15-1): Her jockey, trainer and undefeated record are enough to make her a contender, yet this will be her first U.S. start and it’s hard to gauge the quality of the competition she beat in the UAE Oaks. Her post doesn’t help her cause, though she’s won on a muddy track if that becomes a factor.

14. Turnerloose (20-1): The draw was not kind to her after a fourth in the Twinspires.com Fair Grounds Oaks. Her early speed is helpful and trainer Brad Cox is a two-time Oaks winner, but she’s unlikely to clear the field and chances are she’s facing a wide trip that could haunt her in the stretch.

15. Beguine (30-1): She’s on the also-eligible list and will need a scratch to move into the starting gate. If that happens, she’s promising off a second in the Fantasy Stakes but having just four starts and the outside post will make this a very tough assignment.

2022-05-05
Previous Post: Another final for The Ferret
Next Post: SofaScore Appoints Modrić Brand Ambassador Ahead of World Cup