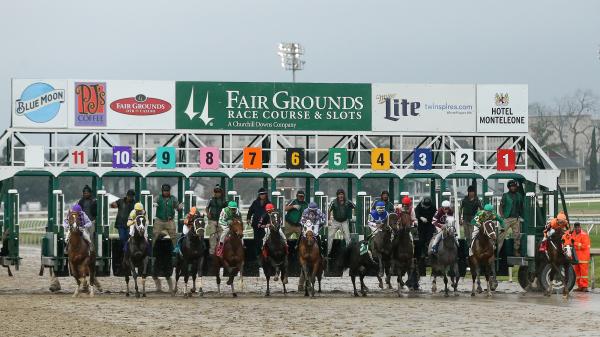 2022 Lecomte Stakes at a Glance

New Orleans in the springtime primarily conjures thoughts of Mardi Gras. Yet the Crescent City also provides a nifty route to the Kentucky Derby Presented by Woodford Reserve and the Triple Crown through a series of important prep races for 3-year-olds that culminates March 26 with the $ 1 million Louisiana Derby at a demanding 1 3/16-mile distance.

The series added a fourth race for the 2022 Triple Crown as the Dec. 26 Gun Runner Stakes kicked off four prep races at Fair Grounds that award qualifying points for the Kentucky Derby. The series continues Saturday with the Grade 3 Lecomte Stakes, a qualifying race that awards points on a 10-4-2-1 scale for the top four finishers and has been won by a couple of Preakness winners since 2013 in War of Will and Oxbow.

1. Surfer Dude (15-1 morning-line odds): In the Gun Runner Stakes, an ungraded prep for this race, he ran third behind fellow Lecomte starter Epicenter, finishing 8 1/2 lengths behind. His early speed could not carry him through the 1 1/16 miles in the Gun Runner and it’s unlikely to help here, even from the rail.

2. Unified Report (15-1): The undefeated Louisiana-bred will get tested for class here. His speed figures are competitive with most of the entrants, but he’s not raced longer than seven-eighths of a mile and this looms a tough spot to make his debut at this distance.

3. Pappacap (8-5): A highly productive 2-year-old season has him atop the Road to the Kentucky Derby Leaderboard with 12 qualifying points. He was second in the American Pharoah Stakes and TVG Breeders’ Cup Juvenile Presented by Thoroughbred Aftercare Alliance and was given a brief rest to prepare for a 3-year-old season that starts in a race trainer Mark Casse has won in two of the last three years. He’s highly experienced at the distance and should be a major factor.

4. Trafalgar (5-1): He registered a highly useful allowance victory at Fair Grounds that should pay a dividend here. He was no match for a top 2-year-old in Classic Causeway and then reeled off maiden and allowance wins. He has improved with each start and can make his presence felt in this spot.

5. Epicenter (9-5): He should be a force here after a highly impressive win on this track in the Gun Runner. After tiring in his debut at seven furlongs and finishing sixth, he extended to a mile and 1 1/16 miles and won easily. Go figure. He’s in very good hands and that 6 1/2-length victory in the Gun Runner shows that he will be a major player here with jockey Joel Rosario returning to the saddle.

6. Cyberknife (6-1): He posted a pair of maiden wins, though the first one was wiped out through a disqualification. The second one took place at Fair Grounds, which bodes well for his chances. His trainer, Brad Cox, is in great position to win a second straight Eclipse Award for 2021, so he cannot be ignored here. Even a small step forward off his maiden win makes him a threat here.

7. Blue Kentucky (20-1): Another sprinter trying to stretch out. He’s experienced, with six starts and two wins. Yet a sixth-place finish in his lone race beyond 6 1/2 furlongs dilutes much of the interest in him.

8. Call Me Midnight (20-1): He needed five starts to break his maiden then won easily at Churchill Downs going a mile in a breakthrough performance. He then showed little in the Kentucky Jockey Club Stakes and was pointed to this stakes. He’s training sharply and will be inviting option for the exotics if the price is high enough.

9. Presidential (20-1): He has not raced since a decisive maiden win at Indiana Grand. His workouts evoke some interest but this seems a tough spot for a comeback, given the quality of the field and the outside post.