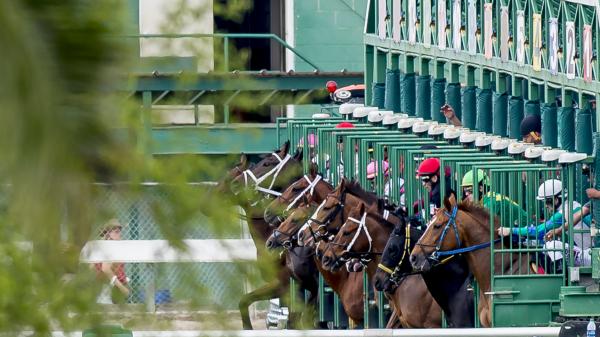 2022 Louisiana Derby at a Glance

The action on the Road to the Kentucky Derby Presented by Woodford Reserve will kick into its highest gear Saturday when the Twinspires.com Louisiana Derby ushers in the final round of preps in the United States that boost the pool of qualifying points for the run for the roses to 170.

With 100-40-20-10 points going to the top four finishers at Fair Grounds, the Louisiana Derby figures to provide the first- and second-place finishers with spots in the Kentucky Derby and even a third-place finish may be enough to run at Churchill Downs on the first Saturday in May.

1. Silent Power (50-1 morning-line odds): He’s winless in seven starts since taking his career debut. Running in a graded stakes for the first time, he looks quite overmatched in this field.

2. Zozos (8-1): He’s only raced twice and won both times. It’s his stakes debut but a win by more than 10 lengths in an allowance race for trainer Brad Cox was quite impressive. His speed figure for that race makes him a major threat, though he’ll be tested for class in this field.

3. Call Me Midnight (6-1): He narrowly beat Saturday’s probable favorite, Epicenter, at 28.50-1 odds in the Lecomte Stakes back in January. He’s been training exceptionally well since then, but the concern is that he might bounce after such a big effort in his last start.

4. Curly Tail (30-1): He took a nice step forward in breaking his maiden in his sixth try. The time was OK and he should appreciate the added distance, but he’ll need continued improvement to be a factor in a tough field like this one.

5. Kupuna (8-1): He seems to be on an upswing despite finishing second last time out in allowance company at Fair Grounds. His workouts since then have been sharp, making him an intriguing possibility for the exotics.

6. Epicenter (7-5): This speedy son of Not This Time looks like the one to catch and beat in this field. After a loss by a head in the Lecomte, he quickly grabbed the lead in the Risen Star Stakes Presented by Lamarque Ford and never relinquished it. He should be able to control the pace here and notch another win in his final tune-up for the Kentucky Derby.

7. Pioneer of Medina (5-1): He has some speed and once again figures to challenge Epicenter in the early stages, like he did in the Risen Star. But can he outrun Epicenter this time around? He dropped back to fourth in the Risen Star at 1 1/8 miles and may not be suited by the added distance Saturday in the 1 3/16-mile test.

8. Galt (8-1): He was fortunate to escape relatively unscathed after falling in the Fasig-Tipton Fountain of Youth Stakes and losing his jockey. It would be a great story if he could bounce back with a win here, but this full-brother to the champion Songbird was 18.20-1 in the Fountain of Youth and figures to be a longshot here as well.

9. Rattle N Roll (6-1): His 3-year-old debut in the Fountain of Youth was a disappointment, as he finished sixth. But a speed-favoring surface at Gulfstream Park was probably ill-suited for him. He seems primed for a better showing here at a distance he should relish.