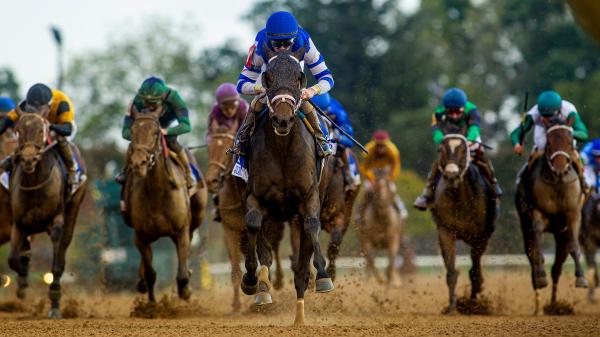 2022 Mother Goose Stakes at a Glance

The Mother Goose Stakes at Belmont Park has a proud history featuring some of the sport’s best 3-year-old fillies. Though the race has lost of some its luster over the years, dropping to a Grade 2 stakes, it can still attract some quality runners as reflected in Saturday’s field of five that includes a Grade 1 winner and two fillies exiting the Longines Kentucky Oaks.

1. Shahama: The UAE Oaks winner rallied belatedly for sixth in the Kentucky Oaks while moving up from 13th despite some bumping. This will be her second start for Hall of Fame trainer Todd Pletcher and improvement is expected. Given Pletcher’s six previous wins in the Mother Goose, a seventh is not out of the question with her.

2. Venti Valentine: She had a miserable trip in the Kentucky Oaks when she was checked hard going into the first turn and eventually dropped out of contention to finish last. That was the only time in her career she finished worse than second and she was good enough to finish second in the 2021 Demoiselle Stakes to Nest, who was second two weeks ago in the Belmont Stakes Presented by NYRA Bets. On her best try, she will be a major factor.

3. Midnight Stroll: She had a rough trip in the George E. Mitchell Black-Eyed Susan Stakes while finishing ninth. Yet she was 32.10-1 that day with her lone stakes win coming in a race restricted to Florida-breds. She has speed which could be dangerous in a small field, but she figures to have company on the front end which diminishes her appeal.

4. Gerrymander: She landed in a tough spot for her 2022 debut, winding up sixth in the Grade 2 Eight Belles Stakes Presented by TwinSpires at seven furlongs on May 6. The 1 1/16-mile distance will be her longest race and while she figures to improve off the Eight Belles, she will need to take a big step forward to prevail here.

5. Juju’s Map: Some minor setbacks kept her out of the Kentucky Oaks, but she ran that day and beat older rivals in an allowance race at Churchill Downs. That was a strong comeback effort for a Grade 1-winning filly who was second in last year’s NetJets Breeders’ Cup Juvenile Fillies, and she should benefit from seven weeks of rest going into this race.