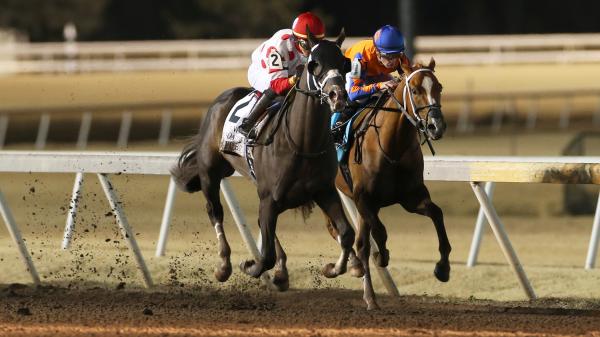 The Remington Springboard Mile might not be a graded stakes, but it has becoming an increasingly popular stop for 2-year-olds in their final start as a juvenile.

A $400,000 purse is one of the reasons. The prospect of a two-turn test is another. Finally, there’s the matter of some Road to the Kentucky Derby qualifying points, which will be handed out on a 10-4-3-2-1 basis to the top five finishers in Saturday’s race at Remington Park.

1. Echo Again (9-5 morning-line odds): He looked like the real deal in a lopsided debut win at Saratoga, only to flop around two turns as a heavy favorite in the Iroquois Stakes at Churchill Downs. Given his connections and some sharp workouts since then, he’s worthy of a long look here.

2. Gunflash (15-1): He won his debut here at Remington while traveling six furlongs. The time was a bit slow but he has the pedigree to handle the two-turn distance. He could sneak into the picture, but there are others who are more attractive in this field.

3. Campfire Creed (5-1): He’s one of the hometown heroes based at Remington and he has been getting better with each start and each additional furlong he’s faced. Was hurt by a wide trip in the slop when he lost by a nose in the Clever Trevor Stakes here but should work out a better trip in this field.

4. Lil Sweet Thang (12-1): A winner of two of three starts, he ran in the Clever Trevor and rallied belatedly to finish fourth. He was unusually far behind in that loss and if he runs back to the form he displayed while prevailing in an allowance race last time out, he could be a factor here.

5. Giant Mischief (3-1): He turned in a huge effort to win an allowance race on Breeders’ Cup Friday at Keeneland, beating a talented Bob Baffert-trained runner. This will be his two-turn debut but that should not pose much of a problem for a colt who has the look of another talented runner from the Brad Cox barn.

6. American Outlaw (15-1): He was second to Lil Sweet Thang in an allowance race and has some speed. The trouble is that there’s no shortage of speedsters here, which could create a tough pace scenario for him.

7. Ghost Hero (15-1): He’s won his last two starts here at Remington, but those were in state-bred stakes. This is a big step-up in class for him. We’ll pass.

8. Money Run (12-1): A second starter from the barn of Asmussen, he was well-beaten in both the allowance race won by Lil Sweet Thang and the Clever Trevor Stakes. He’ll need to take a big step forward to be a factor here.

9. Wildatlanticstorm (6-1): He won the Clever Trevor by a nose after a tough stretch duel and should not be ignored, but the outside post could work against him with a short run to the first turn. Would definitely give him a closer look if it rains.