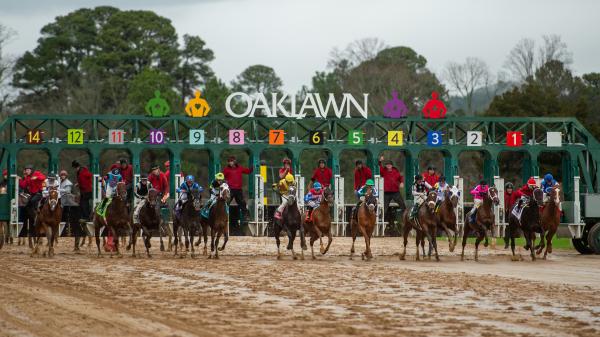 2022 Southwest Stakes at a Glance

It’s been downright chilly on occasion at Oaklawn Park this winter, but the action will definitely heat up Saturday with the Hot Springs, Ark. track’s second Triple Crown prep of 2022.

The $750,000 Southwest Stakes boosts the stakes, the purse, and the distance from the Smarty Jones Stakes earlier this month, and it should be lively affair with a robust field of 12 assembled. A total of 17 qualifying points on a 10-4-2-1 scale will also be on the line, helping someone’s chances of running in the Kentucky Derby.

1. Ben Diesel (10-1): One of the problems handicappers will face here stems from the sloppy track for the Smarty Jones. Did the wet going help, hurt, or have no impact at all? That a tough question to answer, and in this case Ben Diesel set the pace in the Smarty Jones and faded to seventh. He’s not bred to love the mud and worked out sharply for Saturday’s race. So, based on a fourth last year in the Kentucky Jockey Club, he’s worth a look at double-digits odds from a barn that has been known to spring an upset or two.

2. Dash Attack (7-2): Speaking of mud, not only did he win the Smarty Jones but he captured his debut on a “good” track. He has an excellent wet-track pedigree so taking him at low odds on a dry track could be risky. He’s the second choice and has the kind of talent that could shine through on a fast track, but the odds will probably be lower than they should on a sunny day.

3. Don’tcrossthedevil (30-1): He never fired in the Smarty Jones, finishing 12th. He did have some trouble at the start, but a maiden win on a “good” track indicates he should performed better last time.

4. Kavod (12-1): He was fourth in the Smarty Jones after winning his prior two starts on dry surfaces. He’s already run 10 times, including once in a claiming race, and the longer distance might come back to haunt him.

5. Costa Terra (12-1): Finally, someone who didn’t run in the Smarty Jones. He will be making his 3-year-old debut after finishing fifth in the Grade 1 Claiborne Breeders’ Futurity and comes from a barn that has done well on the Triple Crown trail. This looks like a tough spot to return, but the odds are inviting.

6. Osbourne (8-1): A very interesting possibility. After finishing second at six furlongs in his debut, he raced farther in each start and handled the assignments quite well. Runner-up in the Remington Springboard Mile, he could be trainer Ron Moquett’s heir apparent to the retired Whitmore.

7. Ignitis (10-1): “The Coach” himself, D. Wayne Lukas, will be represented by the third-place finisher in the Smarty Jones. He was hurt by a wide trip that day and before that was an impressive maiden winner at Keeneland. At the very least, he deserves a spot in your exotics.

8. Barber Road (5-1): He was second in the Smarty Jones despite a troubled trip. He was on the upswing on a dry tracks before the Smarty Jones and figures to bounce back here with an improved effort if the conditions suit him.

9. Classic Moment  (12-1): Turned in a strange effort last time, contesting the early lead in the Remington Springboard Mile, dropping back to seventh and re-rallying to finish fourth. Adds blinkers here and could be a lively longshot based on some fleet recent works.

10. Newgrange (2-1): The morning-line favorite is trained by Bob Baffert, so he’s ineligible for Kentucky Derby points. Denying him of a spot on the toteboard should be much more difficult as two speedy wins, topped by a victory in the Grade 3 Sham Stakes, paint him as the one to catch … and beat.

12. Vivar (12-1): The seventh and final runner from the Smarty Jones. He was a belated fifth in the Smarty Jones and sixth in the Kentucky Jockey Club. He faces a tough challenge here off those efforts with the outside post in a big field. Trainer Brad Cox, who will be preoccupied  with a certain $3 million race in Florida Saturday, will be hard-pressed to make it two Southwest wins in a row.