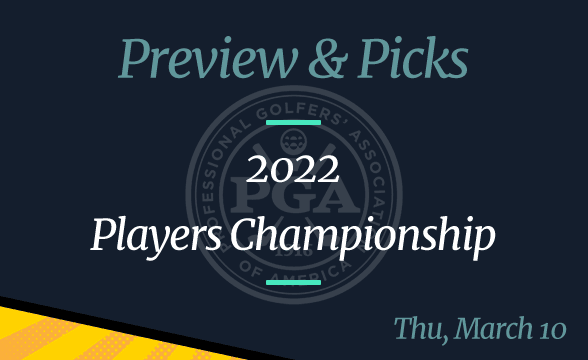 The 49th edition of The Players Championship is on the program this weekend. From Thursday, March 10 to Money, March 13, a number of elite golfers will gather at TPC Sawgrass in Ponte Vedra Beach, FL to compete for the main prize of $3,600,000.

Justin Thomas is the defending champion and online sportsbooks think he could defend the title. They see him as one of the top favorites to win the 2022 Players Championship. The man who’s seen as the #1 favorite to win the title is the highest-ranked golfer in the world, Jon Rahm.

In addition to the two, this year’s event will see many other golfing legends teeing it up, including Rory McIlroy, Victor Hovland, Collin Morikawa, and many others. In fact, 46 of the top 50 players in the Official World Golf Rankings will compete at the 2022 Players Championship.

Is It Time for Jon Rahm to Prove His Critics Wrong?

Jon Rahm hasn’t won a tournament in 2022 but this doesn’t mean he’s been playing poorly. In fact, it’s just the opposite. For example, at his first tournament of the year, he shot 33 under par at the Sentry Tournament of Champions in Hawaii. By doing that, he broke the PGA Tour record for scoring under par for four rounds, although that didn’t help him win the event as Cameron Smith did even better.

Some twenty days later, Rahm finished in third place at the Farmers Insurance Open, after failing to secure a spot in the playoffs with just one shout out of Will Zalatoris and Luke List.

That said, despite not winning titles, he’s been doing well enough to be able to stay at the very top of the golfing rankings. What’s got to worry him is that Collin Morikawa is lurking just behind and could overtake the top position from him in near future.

Speaking of Morikawa, he is seen as the second favorite in the eyes of bookmakers. Same as Rahm, Morikawa too has been great in 2022 but is yet to win himself a major title this year. The man who’s sitting in the #3 place in the list of favorites is Justin Thomas, the winner of the last year’s tournament.

Can Justin Thomas Defend the Title?

No player has ever won back-to-back titles at The Players Championship in the history of the event. Does Justin Thomas have what it takes to become the first one to do so? Sure he does, especially if his main rivals mess up as they did the last year.

As a reminder, at the 2021 tournament, we saw Jon Rahm finish in tied ninth place, together with several other golfing heavyweights, most notably Daniel Berger. Shane Lowry finished right, while Paul Casey ended in the tied fifth spot.

Rory McIlroy, who was the defending champ, missed the 36-hole cut and finished his campaign after round 1.

Dubbed the fifth major, The Players Championship is one of the most prestigious events in the golf universe, as well as the tournament with the highest prize pool. That said, you can be sure that each of the participants will give their utmost at this event.

With everyone being super-motivated, it’s their talent that’s probably going to be the decisive factor. And the man who seems to have better skills than anyone else in the world is Jon Rahm. Sure, he might be the best on the planet right now, but his main competitors are not far behind. Knowing this, no one should be surprised if we saw Morikawa, McIlroy, or Thomas winning the event.