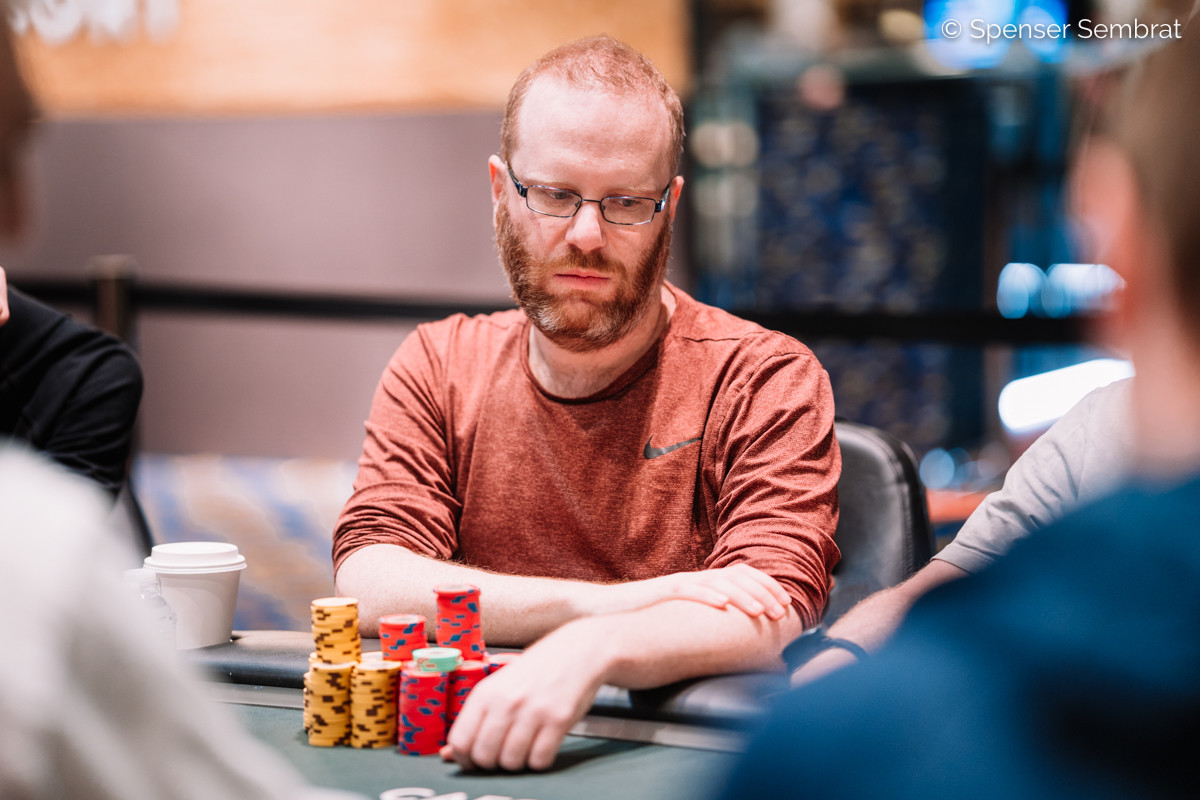 June 11 was the 12th day of the 2022 World Series of Poker (WSOP) and although it was on a Saturday, there was no weekend break for the players. Two more players became WSOP champions and, therefore, bracelet winners, while four other events made progress to awarding their much sought-after jewelry.

Austria’s Stefan Lehner got his hands on his first WSOP bracelet when he came out on top in Event #16: $3,000 No-Limit Hold’em. Lehner overcame a tough final table to win a bracelet plus $558,616 in prize money.

Russia’s Denis Nesterenko was the second bracelet winner on Day 12, after taking down Event #20: $1,500 Limit 2-7 Lowball Triple Draw. This was only the second time Nesterenko had played in a WSOP event and he already has some poker gold.

Arieh Looking For His Fifth Bracelet in the PLO High Rollers 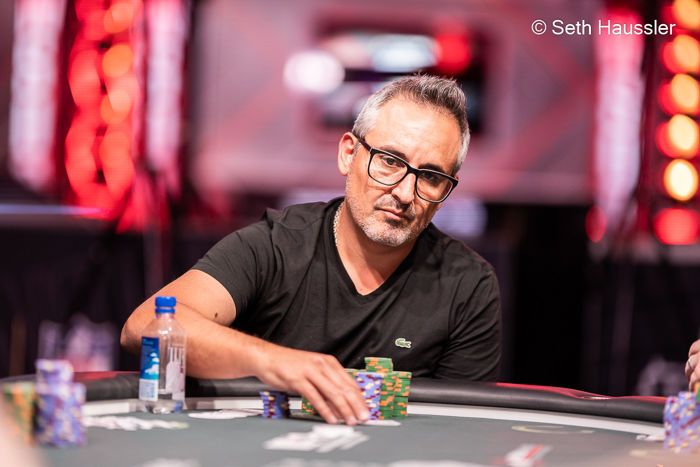 Only five of the 64 players who bought into Event #19: $25,00 Pot-Limit Omaha High Roller three days ago remain in the hunt for this tournament’s bracelet and the $1,467,739 top prize. Twenty-eight players returned for Day 3 but were reduced to five over the course of just over ten hours of play.

Austrian Fabian Brandes was the chip leader when the dust had settled; Brandes bagged up 13,175,000 chips and hold a lead of at least 11 big blinds going into the final day’s action.

June 12 at 4:00 p.m. local time is when the cards are back in the air in this event. You can follow all the action at PokerNews, in addition to watching a stream on PokerGO, which is on a 45-60 minute delay due to showing hole card information.

Seat Assignments For the Final Day 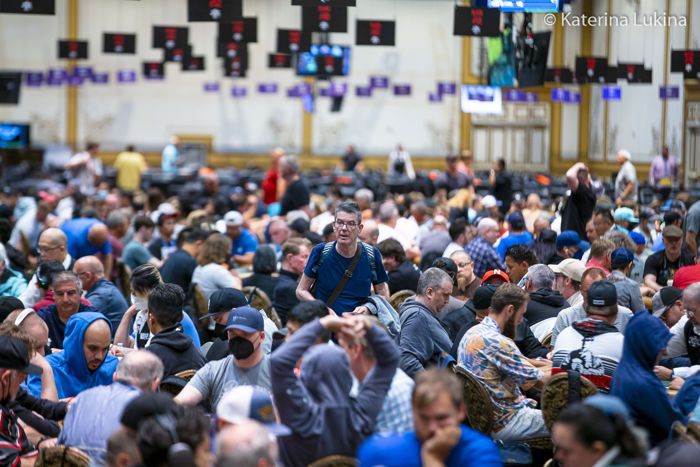 More than 1,100 players found a bag at the close of play, including WSOP bracelet winner Boris Kolev (504,000) who finished in the top ten in the Day 1b overnight chips counts.

Friedman Is Running Away With the $10K Stud Championship Title 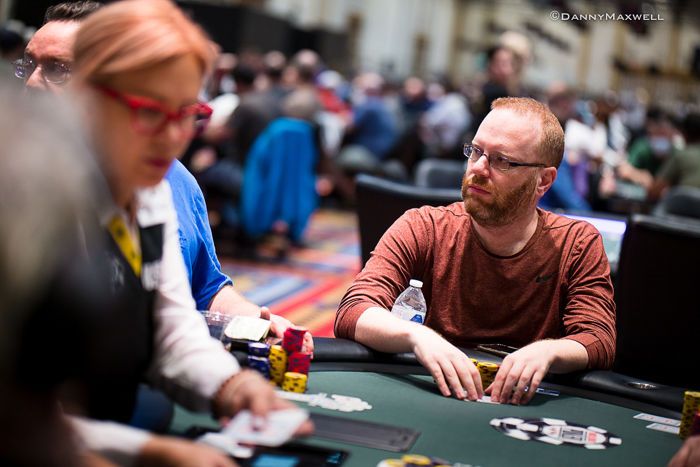 Mixed game specialist Adam Friedman is on course to win his fifth WSOP bracelet because he is by far the chip leader at the final table in Event #22: $10,000 Seven Card Stud Championship. Friedman, who missed out on winning his fourth straight $10,000 Dealer’s Choice Championship event, has almost twice the chips as any other player at the final table.

While Friedman is an odds-on favorite to win this event, his final table opponents are a talented bunch. All but one of them, James Paluszek, has at least one bracelet to their name, although the legendary Phil Ivey has ten bracelets! Ivey finds himself in unfamiliar territory due to being the shortest stack when play resumes courtesy of his 174,000 stack, which is worth the equivalent of four big bets.

The returning players have already secured $28,258 but there is $248,254 and a bracelet up top. Can anyone stop Friedman on his march towards a fifth gold bracelet?

Can anyone stop Friedman in the $10K Stud Championship?

Vampan Gunning For His First Bracelet 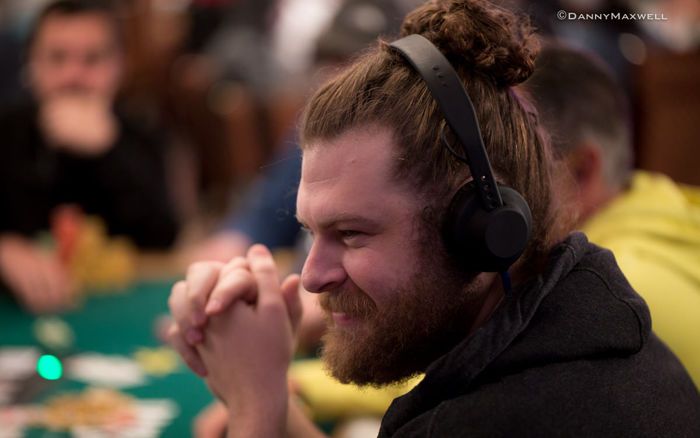 Daniel Vampan has seven WSOP cashes on his record but he has never gone deeper than a 66th place finish. That looks set to change with Vampan holding the chip lead in Event #23: $3,000 Limit Hold’em 6-handed where only 93 of the 213 starters made it through Day 1.

Also through is Ryan Hansen who won this event in 2021. Hansen returns to battle with 64,500 chips in his arsenal.

Play resumes at 2:00 p.m. local time on June 12 with the plan to complete another ten levels.

Tune into all the $3K Limit Hold’em 6-Max updates