Over the years, we’ve captured memorable hands, many of which have become a part of poker history. In this column, we will bring you some straight flush and Royal Flush hands as reported in the PokerNews Live Updates from the 2022 World Series of Poker (WSOP). 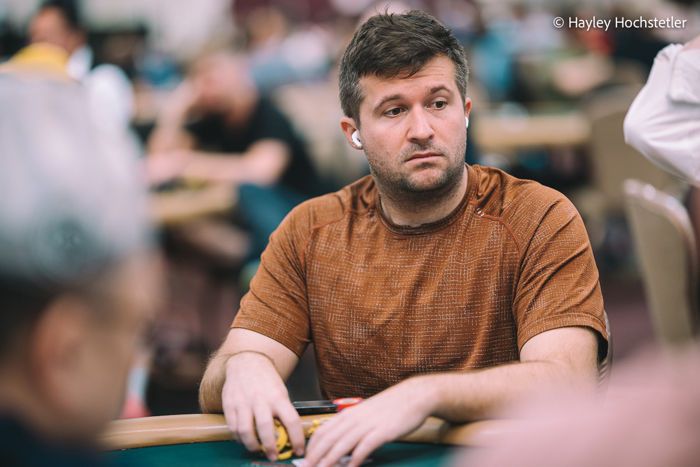 river and Woodward took about a minute before calling. Eveslage turned over a monster with

for a straight flush.

“Did you see what I had?” asked an excited Eveslage as the table laughed. Eveslage went on to finish sixth in the tournament for $44,194.

when Ryan Conner bet 4,000 and short-stacked Tyler Chabolla made the call.

turn Conner bet enough to put Chabolla all in and at risk for his remaining 9,500. Chabolla called rather quickly and the cards were on their backs.

Chabolla flopped a queen-high flush but was outdrawn on the turned heart by the nut flush of Conner.

The turn gave Chabolla hope with one out now to a straight flush.

hit the river erupting the table in laughter and doubling up Chabolla with his straight flush. 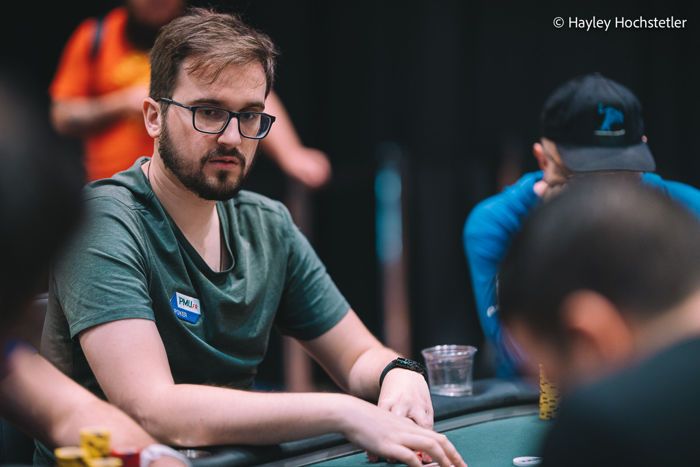 flop on which Martini bet the pot and Pärssinen called. The

Pärssinen now bet the pot for 126,000 and that covered Martini’s remaining stack of around 113,000 and the Frenchman tank-called all-in.

“Straight flush,” Pärssinen announced and rolled over the

briefly and headed to the rail.

Click here to see what bracelet Martini won later in the series! 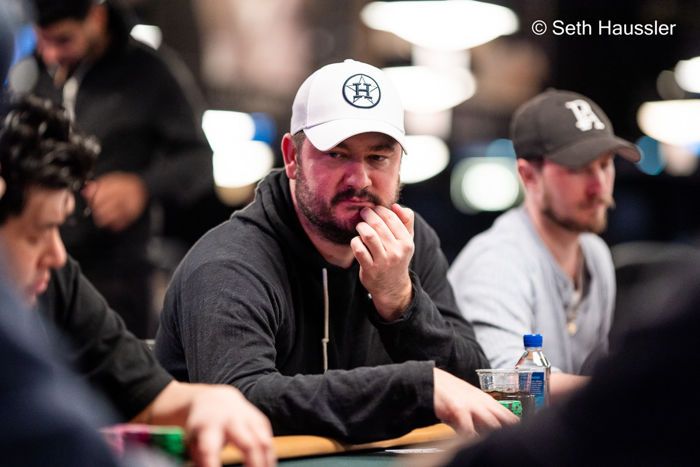 and Bai called another bet from Daly. On the turn

, Daly bet again and Bai raised to put Daly all in.

Both players had the same hand, but the river

gave Daly a Royal Flush! He took a photo of the board and also the pot. Daly went on to finish the tournament in third place for $85,943. 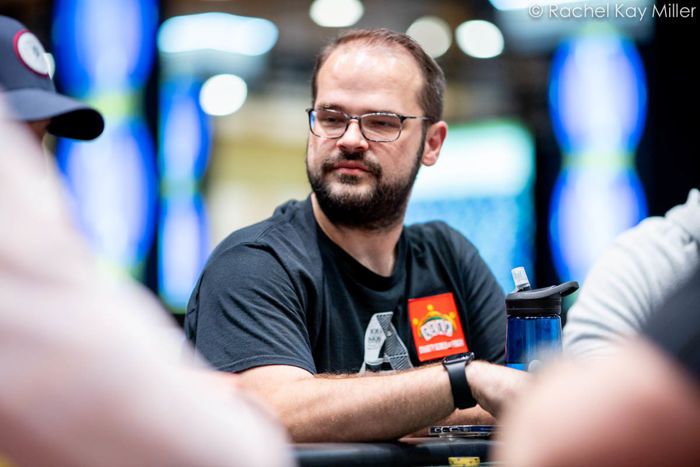 The player under the gun made it 25,000 and was called by the player to his left, the hijack, the button, and Stout from the big blind.

The action checked all the way down to the

a straight flush to the nine and the hijack called.

The hijack turned over

an ace-high flush but the button held a

a straight flush to the jack.

Stout would bust shortly after but the next-level fold kept him from busting on the hand.

I’m not saying that I’m in the zone and feeling really good about my game and my reads right now, but I *am* saying… https://t.co/V1moygJlzb

Schneider Doubles Up with Straight Flush over Nut Flush 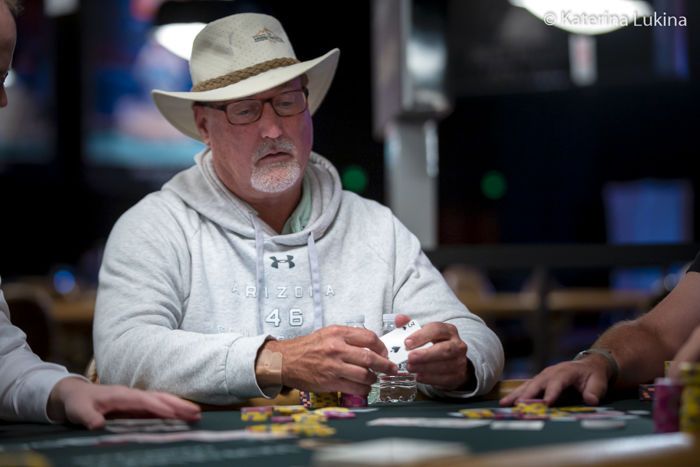 . The two had nearly identical stacks, with Schneider the player at risk by less than 1,000.

changed nothing, but the 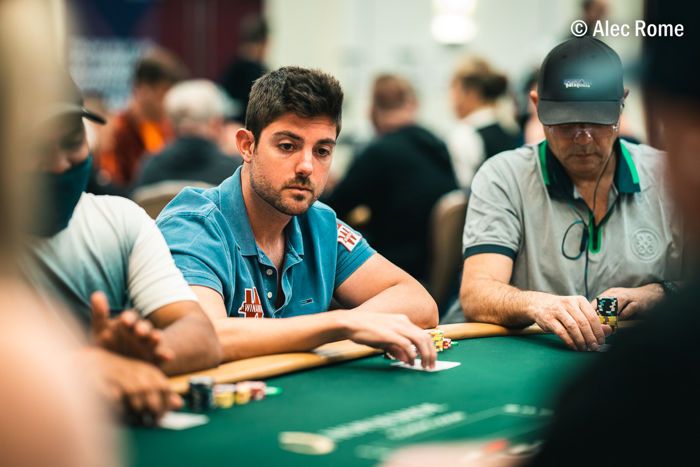 On Day 1b of the 2022 WSOP Main Event, it was just the second hand of the day in Level 1 (100/200/200) when Michael Monicatti limped from under the gun and Alex Romero raised to 900 from the small blind. Monicatti called.

and Romero continued for 700. Monicatti called. The turn brought the

and Romero checked over to Monicatti, who bet 1,400. Romero called.

The river was the

. Romero checked and was unfortunate to get a check back.

That’s because Romero had

for a royal flush in just the second hand of his 2022 Main Event. Monicatti had a laugh and flipped over 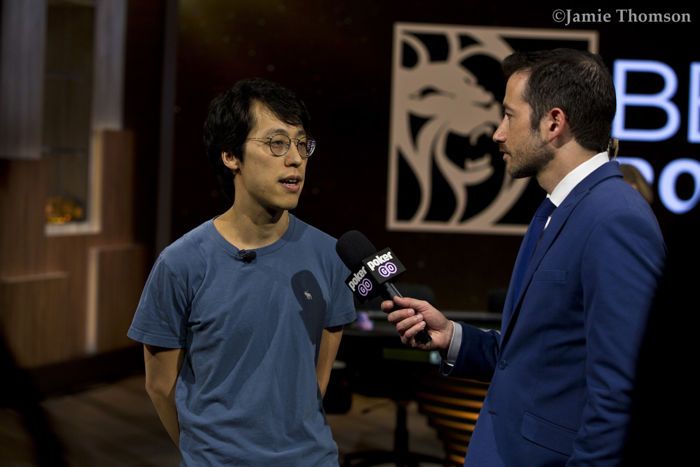 and Joey Weissman three-bet to 2,500,000 from the small blind holding

. Wang called with slightly less when the action folded back to him.

to give Weissman additional outs with a gutshot and the

on the turn gave him a flush draw to go with it.

on the river for a runner-runner Royal Flush to beat the queens full of Wang, sending Wang out in absolutely brutal fashion.

Wang took the beat like a champ and even let out a laugh of disbelief as the dealer peeled off river the card that doomed him.

“I feel stunned,” Jamie Kerstetter reacted. “I can’t imagine how he feels walking out. Ugh.”

Wang took home $65,856 for finishing the tournament in fourth place, though he would go on to ship his second WSOP gold bracelet a few weeks later.

Click here to see who won the 2022 BetMGM Poker Championship!

While this hand wasn’t a part of the PokerNews live updates, it involved a global superstar and was captured on video by Johan ‘Yoh Viral’ Guilbert, so we thought we’d share it here.