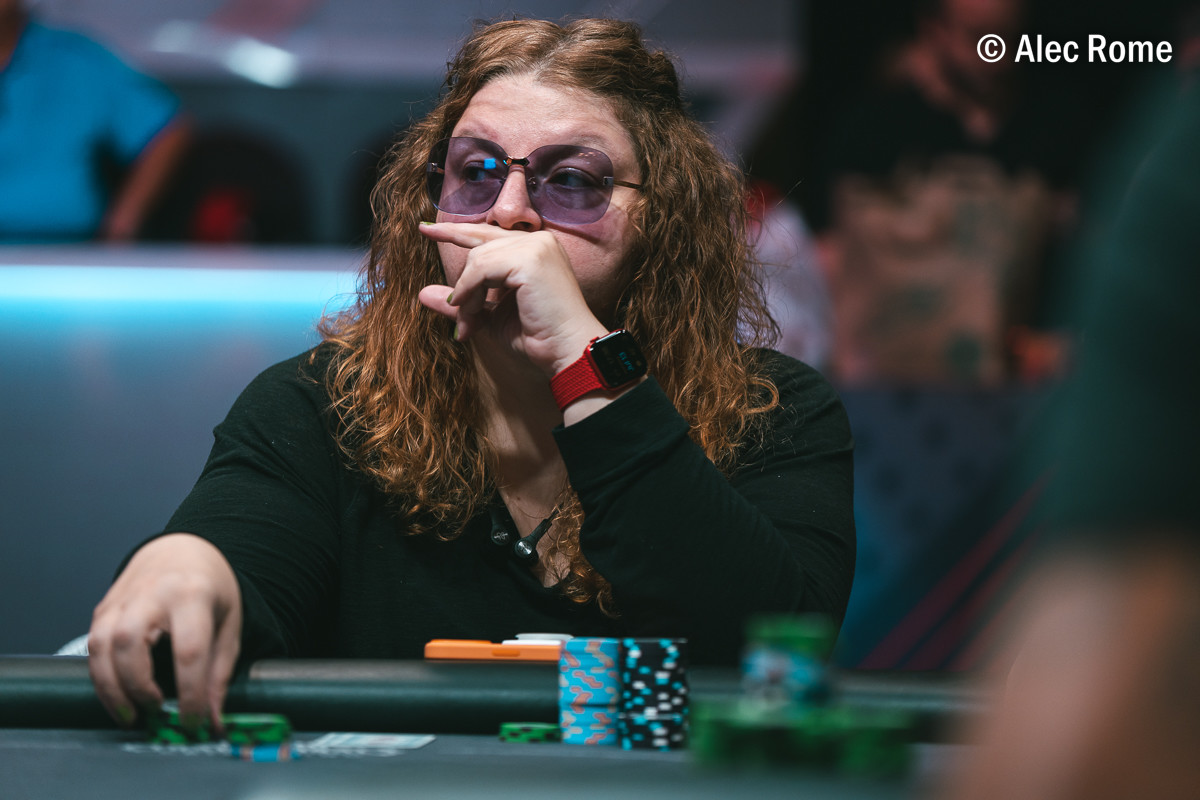 Day 7 of the 2022 World Series of Poker Main Event started with 35 players left in contention for poker’s biggest prize, and it took almost three full levels to shed the field to its final 18 hopefuls. Each of them is guaranteed at least $323,100 at this point, but everyone’s eyes are locked on securing a birth at the final table and cementing a place in poker history. 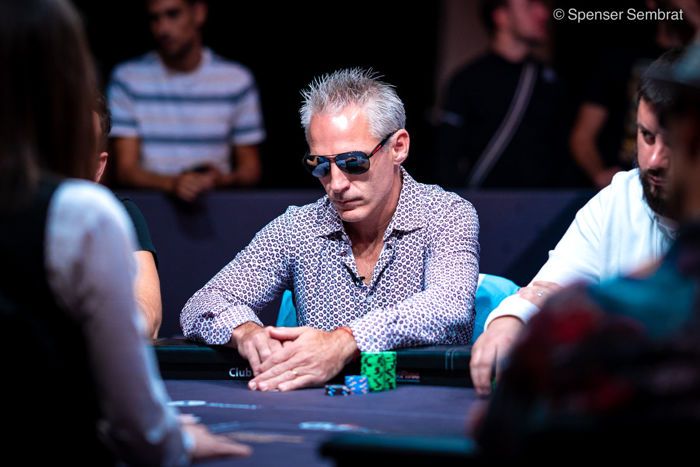 In 2017, Argentina’s Damian Salas, known as “Pampa” to his friends, made it all the way to the final table of the Main Event. Ultimately won by Scott Blumstein, Salas came up just short and finished in 7th place for $1,425,000.

In the COVID-year, Salas won the international leg of the almost fully-held online series on GGPoker, before taking on heads-up against Joseph Hebert to be officially crowned the 2020 Main Event champion.

In case it wasn’t clear how good of a player Salas really is, he made his third deep run in the span of six years but saw another shot at the Main Event title evaporated on Day 7. Mostly short-stacked throughout the final days, Salas ultimately bowed out in 27th place after open-shoving king-ten into king-queen. 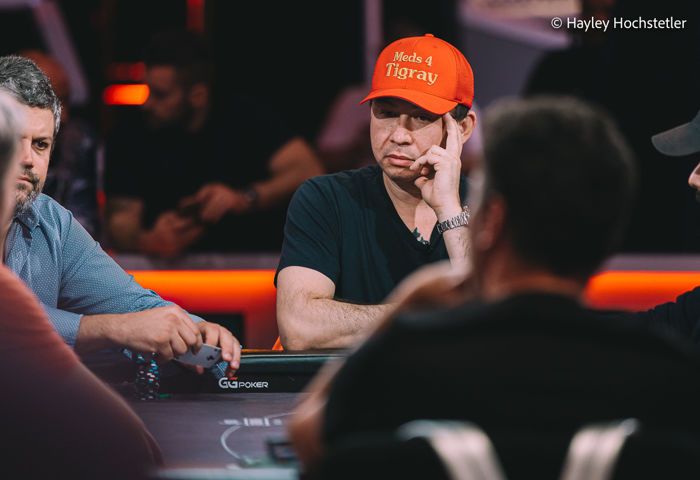 For the old-school poker fans, the name Kenny Tran surely brings back a smile. Known under his moniker “Sick Call” Kenny Tran back in the day, Tran, as advertised, was famously known for making light calls and being correct in the years after the Moneymaker boom.

Tran’s last registered cash on The Hendon Mob is back in 2017, but as if the clock has turned back 15 years, he’s there among the final two tables as cards go back in the air. Tran almost wouldn’t have been there, as a runner-runner against Aaron Mermelstein saved his tournament.

and found himself in a deep hole. The

flop didn’t bring much help, but the

turn opened up a backdoor flush draw. The river was the

and Tran celebrated with a fist pump. Mermelstein, on the other hand, never recovered and busted in 20th place. 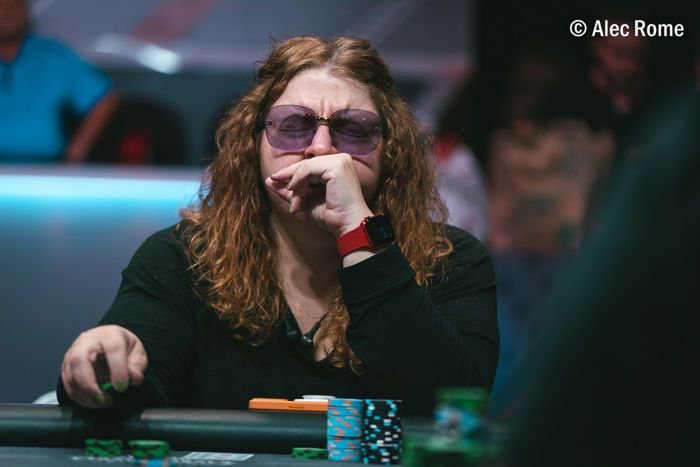 Every year it’s being brought up: Barbara Enright was the last woman to make the Main Event final table, all the way back in 1995. That dry spell for the ladies was nearly broken back in 2012, when Gaelle Baumann and Elisabeth Hille ultimately finished in 10th and 11th place for Enright to remain the last woman to make it.

Now, ten years later, Efthymia Litsou has a shot of making it as she’ll still in the field with just 18 left. Litsou will be nurturing a short stack of 18 big blinds when cards go back in the air, so a timely double or two will be needed to make it in. 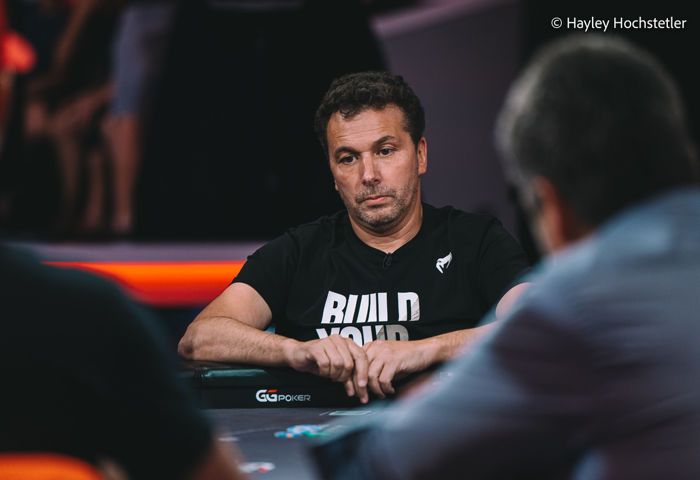 Among the bigger stacks with two tables left is Karim Rebei, who’s unconventional aggressive style has been a feast to watch. You can read a special feature on Rebei here.

Don’t miss a hand! Follow along with all Main Event updates

A former professional poker player from the Netherlands with a background in sports marketing and journalism. Yori has been a part of PokerNews since 2016 and manages the content team.