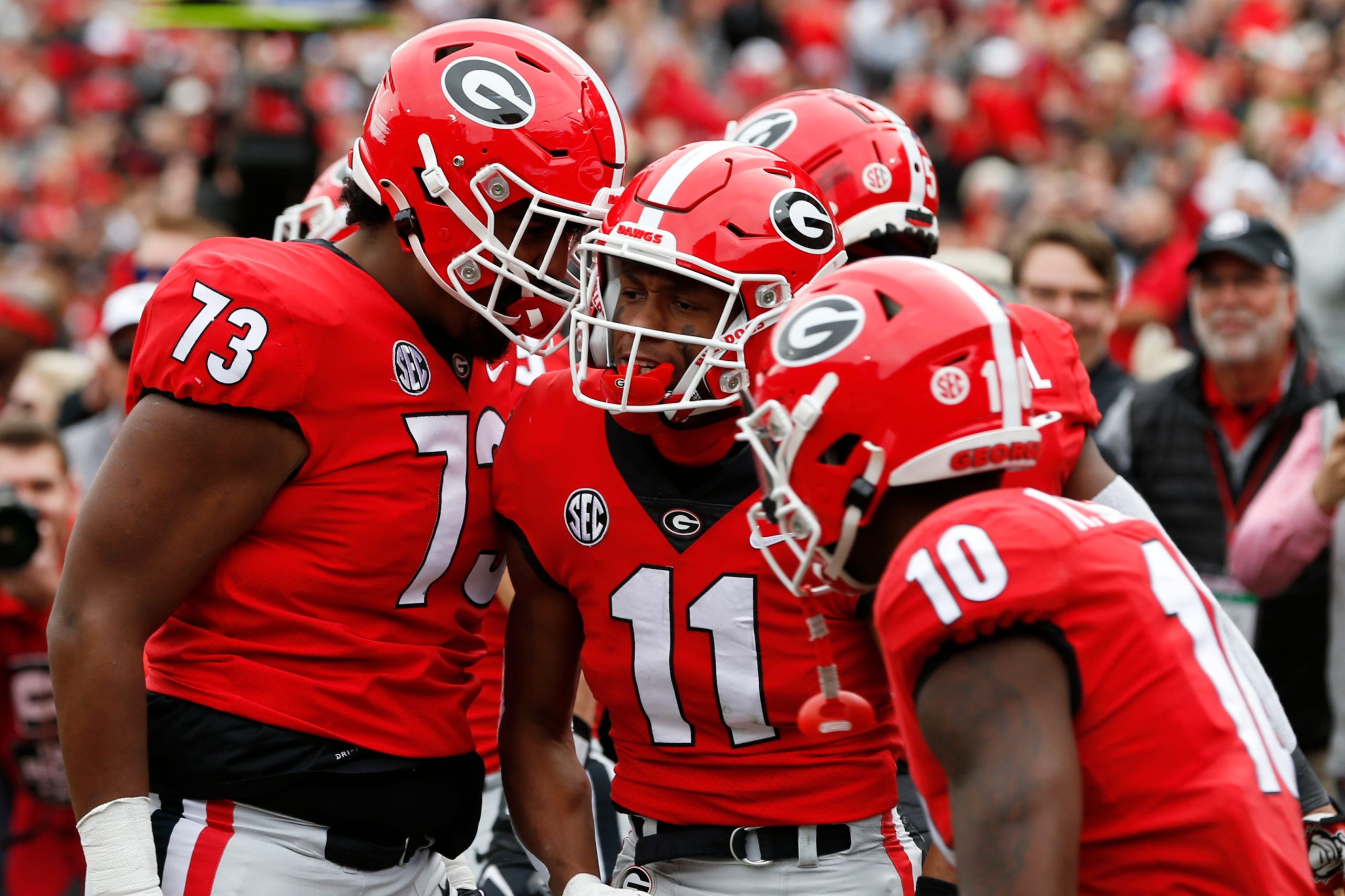 No, it’s not too early to look ahead to the next college football season. Yes, Georgia finally broke the Alabama curse and beat the Crimson Tide 33-18 last Monday night to win the school’s first national title since 1980. With that game ended, it’s now on to next season.

There have been eight College Football Playoffs thus far. A handful of teams have dominated the CFP. Is there a team out there that could break in next year and surprise everyone? Cincinnati almost did exactly that this year by becoming the first Group of 5 team to make the playoff.

Here is a look at the 2023 CFP national championship futures odds.

The Favorites – Guess Who?

Sure, it’s early, but one thing is clear. Georgia and Alabama will be right back in the thick of the SEC and CFP races next season. Georgia will start a new quarterback and likely replace some skill positions on offense. The defense will lose a few stars to the NFL, but head coach Kirby Smart will simply reload with more four- and five-star talent.

It will be the same for head coach Nick Saban and Alabama. Saban gets Heisman Trophy winning quarterback Bryce Young back, but he will lose some of his offensive production from this season. Still, the Crimson Tide, like the Bulldogs, consistently has one of the top recruiting classes year-in and year-out. Both sides of the ball will reload and both teams will be back in the top 5 in the first preseason poll.

Oddsmakers like both teams at this point. Both Alabama and Georgia are given +200 odds to win next year’s CFP national championship.

Along with Georgia and Alabama, Ohio State and Clemson have been regular participants in the playoff. Clemson had what only the Tigers could call an off year. Head coach Dabo Swinney and company went 10-3 and won their bowl game, but the Tigers did not compete for the ACC title. The offense struggled at times, but QB D.J. Uiagalelei and some talented skill players return next season. The defense was outstanding and will continue to be next season.

Ohio State was in the CFP discussion right up to its final regular season game against rival Michigan. The Buckeyes lost to the Wolverines for the first time in nine years. With that, Ohio State’s national title hopes were lost. Head coach Ryan Day will return QB C.J. Stroud to lead the nation’s top offense in 2021.

The Buckeyes are listed at +800 and Clemson at +1000 to win next year’s national championship.

Any Sleepers Out There?

Can anyone else break into the party? As mentioned, only a few teams have played for a national championship. Besides Alabama, Georgia, Ohio State, and Clemson are there any others out there that could realistically make it to the CFP?

Cincinnati shocked the college football world by becoming the first Group of 5 team to make it to the CFP. The Bearcats lose a ton of talent and a repeat of last season is unlikely. In fact, there are no Group of 5 teams among the top 20 teams currently on the betting board.

The next tier of teams is made up of longshots listed at +4000. What’s interesting is that three of the five teams listed at +4000 will have new head coaches this coming season. Oregon, Oklahoma, and Florida are among the five teams that could sneak in to steal a national title. The Ducks and Sooners have made the CFP in the past.

The other two teams listed at +4000 are Texas A&M, the only team to beat Alabama in the regular season in 2021, and Michigan which lost in the CFP semifinals to eventual national champ Georgia. The Wolverines will be the only one of the five teams that returns its starting quarterback – Cade McNamara.