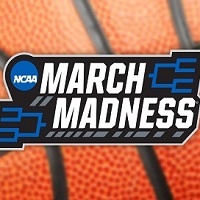 $3 Billion to be Bet on NCAA Basketball Tournament

Our friends at the American Gaming Association report that 45 million Americans could bet on NCAA Basketball Tournament games this year. Those who wager on the men’s Division I Basketball Tourney could also place more than $3 billion in wagers, according to the research.

Part of the reason for this is obviously the fact that sports betting regulation continues to spread across America, with nearly 30 million additional adults allowed to legally bet on the tourney this year over last. It’s expected that almost $21 million will be bet on “outside of bracket” contests either online, in person, or between friends.

The vast majority of bets, however, will bet on NCAA Basketball tournament brackets. As estimated 36 million people will participate in a bracket contest or pool. Most are picking Gonzaga to win, followed closely by Duke University.

The President of the AGA, Bill Miller, stated that “Americans continue to make it clear: they want to wager with the protections of the legal, regulated market. There’s no doubt this year will generate the highest legal handle in March Madness history”.

Morning Consult conducted an online survey on behalf of the AGA between February 26-27 to gather this data. The data from the calls consists of a national sample of 2,210 adults and was weighted to an approximate target sample of adults based on age, race/ethnicity, gender, educational attainment and region.

Bettors include those who expect to bet on NCAA Basketball online, with a bookie, with a casino sportsbook, casually with family or friends or as part of bracket contest.