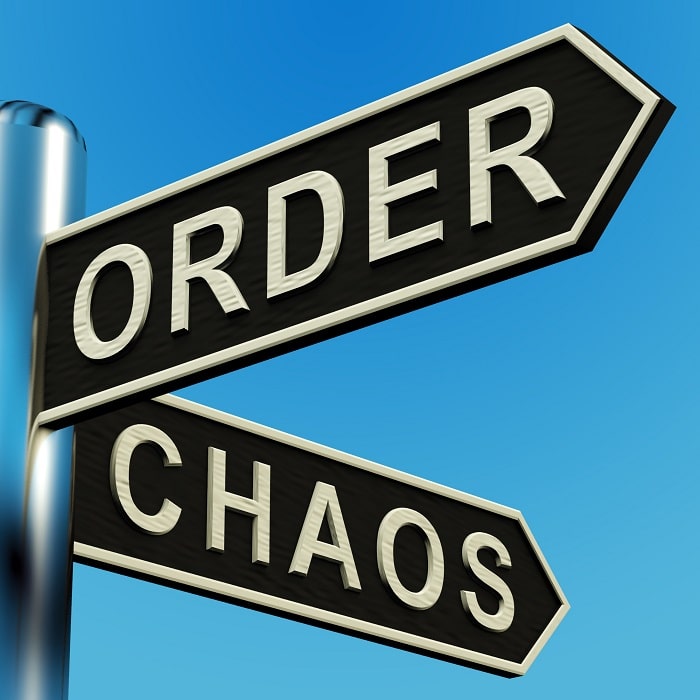 4 Predictable Moves Good Players Make and How to Exploit Them

I’ve recently been playing in a $2/$5 game in a nearby poker room. It’s a very profitable game for me, even though the players are, on average, better than those in the $1/$2 games I typically play. I plan to continue to play in the $2/$5 game since my hourly win rate is considerably higher than in the smaller game.

The best way to eploit predictable opponents is to be unpredictable. (Image: hybridatamama.com)

I’ve written extensively about taking advantage of the poor play of others; that’s chiefly how I win money in $1/$2 games. Those players tend to be too loose, undisciplined, not very observant, and too mechanical. There are bad players in the $2/$5 game as well and, while their weaknesses may be different than those of the $1/$2 players, the same skills useful in winning money in the lower-stakes game are useful in winning money against the poor $2/$5 players.

And, because of the higher stakes, there is also additional profit to be made by exploiting some of the observable behavior of the better $2/$5 players.

Telling the good from the not-so-good

Good players are good for many reasons and, oftentimes, one of their skills is their ability to play consistently. They avoid emotional play; they play rationally all, or nearly all of the time. And they vary their play, typically increasing their aggressiveness based on their read of their opponents and the situations they’re in.

Typical advice for playing against good players like this, who add aggressive moves based on their position, their opponents, and the different situations they encounter, is to avoid them, if possible, or to tighten up your play to account for their unpredictability. Rather than engage in a battle of wits, my standard advice is to avoid battles with good players entirely by either avoiding pots they are in — or to leave the game entirely if it’s populated by too many of these good players.

There is, however, another route I’ve found that can allow one to profit from these good players.

Some good players are very position-oriented. They vary their play positionally, but they tend to play similarly from similar positions. They are good enough to recognize the relative value of being in late position, and they play more aggressively and with a broader range when they are. Accordingly, one can often assume they are playing a much wider range when they are aggressive in these positions than when they follow the same action in early or middle position.

As such, you can exploit these good players by being more aggressive against them when they are aggressive in those positions.

Let’s say you’re under the gun with 4-4. You call the blinds and everyone else folds to the hijack, who raises to 3BB. The cutoff, button, and the SB fold. The BB calls. Typically, you would either call with this hand, looking to set mine, or you would fold – as the raiser and the BB are both very tight and aggressive players.

If you call, you’ll see the flop and, if you don’t hit your set, you’ll likely check fold to any aggression from either player. But against these two good players, you might recognize the preflop raise as a positional one made with a very broad range, and take a different line, 3-betting to nine or 10BB here, representing your own unusual strength.

If the hijack is on the weaker end of his range, he might well fold rather than risk being up against a superior hand. Similarly, the BB might conclude that his wide calling range is insufficient to call your 3-betting range when he’d be out of position for the rest of the hand.

By three-betting preflop here, you might pick up the pot or set up a steal on the flop with the chance to improve your hand to a set along the way.

Good players often seek to exploit players they see as overly tight by playing more hands aggressively against them. You can exploit this by showing uncharacteristic aggression of your own, demonstrating to your perceptive opponent that you are, in fact, in possession of one of those few hands that are strong enough for you to play aggressively. Considering your relative tightness, they may choose to fight another day and concede the pot to you.

3. Predictable preflop looseness in late position when ahead

Good players, who have been successful and are ahead, sometimes become bolder about their willingness to call raises in position, convinced of their superiority after the flop. You can exploit this observable tendency by inserting a timely bit of aggression when they make these in-position calls. Being good disciplined players, they are apt to rectify their atypical looseness and fold to your aggression.

Not all of your exploitation requires aggressiveness on your part. Sometimes, you can profit by saving money when you notice behavior that indicates true strength.

Good players often try to avoid playing marginal hands against other good, aggressive players. This is sometimes referred to as passive collusion. As such, you can sometimes save money by being even more cautious than usual when a strong regular calls another strong player’s hand. When two good, aggressive players are willing to mix things up, it often indicates that at least one of them must be holding a strong hand.

Here’s a quick example. You’re on the button with K♠ J♥ when a strong regular raises in early position. Everyone folds to another strong regular in the cutoff – to your immediate right. Though he seldom plays against the other regular, he calls. You’re tempted to call as well with your semi-strong hand and with the pot somewhat engorged by having two opponents.

You’re likely dominated. Your strong opponents playing in the hand together should indicate that at least one of them is very strong (most likely the latter player). If you hit your hand in any way other than perfectly, you stand to lose a lot of money against a stronger hand.

Most of your profit in poker, especially in the lower-limit No-Limit games like $1/$2 and $2/$5 will come from the poor or mediocre players. Seek out games with lots of them, but realize you can also profit from the good players who may underestimate your ability to exploit their predictable play.