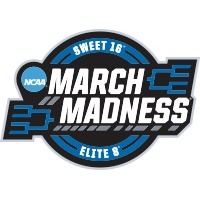 This week’s video gambling news update discusses the tens of millions of American sports gamblers who will bet on March Madness this year! Plus, it’s estimated they will drop over $3 billion in wagers on the games and brackets. Plus, if you’re heading to Las Vegas for the Tournament we know where you should be enjoying the March Madness watch parties!

Hello my friends! And thank you so much for taking the time to watch another edition of This Week in Gambling… especially with so much craziness going on in the world right now. More on that in just a moment. St. Patrick’s Day is upon us, but up first: Three billion dollars! That’s how much our friends at the American Gaming Association expect people to bet on the NCAA Men’s Basketball Tournament this year, and most of those bets will even be legal!

All that money will come from the 45 million people that the AGA expects to bet on March Madness this year, and that due to the continued expansion of sports betting all across America. There are now 30 states that regulate the activity with three more set to launch legal regulated sports betting soon and 11 with active legislation to regulate betting on sports. While $3 billion sounds like a lot of money (and it is), it’s still less than half of the $7.6 billion that Americans bet on this year’s Super Bowl, with most of those bets being legal! So, if you’re planning to head down to Las Vegas to enjoy the tournament and place a few legal bets on the games, our friends at Casino City have compiled a list of the top 10 March Madness viewing parties in Sin City! If you’d like details on what each one has to offer then just follow the link to their article.

And I did want to take just a moment to address the elephant in the room. As we go about our daily lives we are confronted by the horrific images coming in from the Ukraine. I, like most of you I’m sure, have some very strong opinions and feelings attached to this conflict. However, I don’t plan to discuss it directly on this show unless it affects our industry. After all, don’t we get enough of that from the mainstream media? Perhaps this show can just be a brief five-minute break from all the horror each week.

After you place a bet on March Madness, this week’s game reviews helped to celebrate the St. Patrick’s holiday, and we begin with the Fishin’ Pots of Gold online slot from our friends at Microgaming. It’s a 5 reel game with 10 pay lines that can expand up to 20 pay lines! It has four different jackpots, a bonus round, bonus spins, and both wild and scatter symbols. Next up it’s Joker Leprechauns, a five real, 40 pay line game from our friends at Kalamba. It also has four jackpots plus a hyper bonus and hyper bet round! Both of these reviews along, with hundreds more, are available right now on our YouTube channel.

And finally this week, with all our talk about sports betting it’s probably a good idea to remind professional athletes that it’s most likely not wise to be betting on professional sports games. Especially games you’re playing in, or the games of the team that you play for, regardless of if you’re playing or not. However… That’s exactly what NFL star Calvin Ridley did when he bet on games last year involving his own team, the Atlanta Falcons. Now he’s been caught and suspended for an entire season, screwing both him and his team. All for wagers that totaled up to less than $4,000. Which does beg the question: What the hell, man?! I had you on my fantasy team!