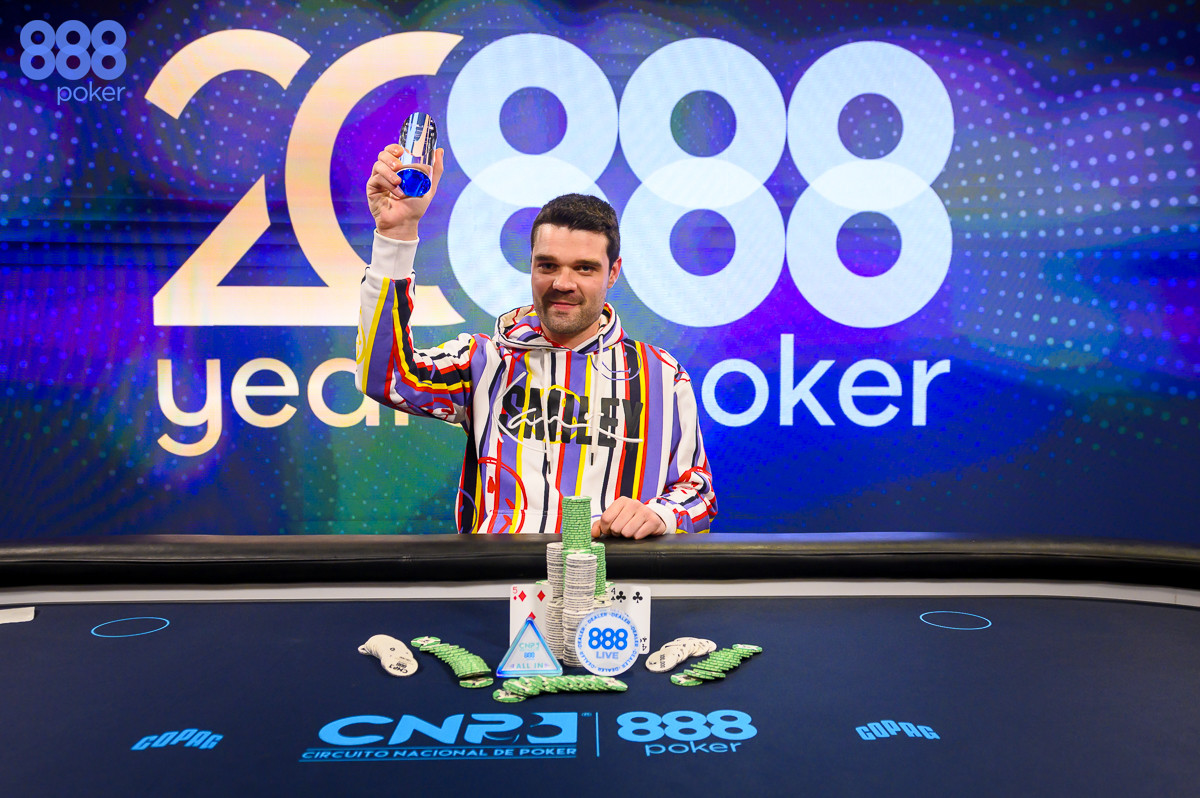 It was a dominant performance from Abel Gongora who ran over the final table en route to capturing the title in the €1,100 888poker Live Madrid 20th Anniversary Edition. In rather short-order, Gongora managed to score the knockout of the final five eliminations, including his heads-up match with Bernat Carreras. Gongora outlasted a field of 374 entries to pickup the lion’s share of the nearly €350,000 prizepool.

Gongora entered the final table as the chip leader and with a little bit of luck from the deck, put on a masterclass of steamrolling his competition. The Spaniard will pocket €70,000 for his efforts, by far the largest tournament win of his career. It was capped off when Gongora flopped the nut straight and faced check-raises from Carreras on both the flop and turn. With all of the chips in the middle on the turn, Gongora faded his opponent’s flush draw to earn the title.

Action from the Final Day

There were 39 players who returned to their seats for the third and final day of the tournament, all of which had locked up at least a min-cash of €2,100. The start-of-day chip leader Sebastian Moreno began the day strong by eliminating multiple players before the first break and increasing his lead over the field. Ian Simpson was the lone 888poker team member still in the field and put up a valiant effort but fell just short, exiting in 26th place. 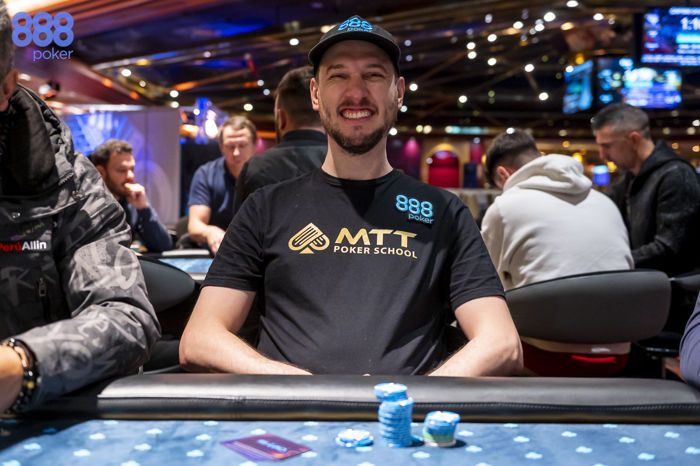 The short stacks continued to fall at a rapid pace and they were down to just 21 players at the first break of the day. Upon returning to the felt, Gongora began to make his move toward the top of the leaderboard. Once they reached the final table, Gongora solidified a healthy lead over the rest of the competition. The deck seemed to flip on Moreno who got coolered early on with ace-king against the pocket kings of Paulo Castelo.

The short stacks of Bienvenido Sanchez and Palma Ferro were next to hit the rail, pocketing a six-figure payday for their efforts today. That was when the patiently waiting Gongora began to make his move with the help of the deck hitting him straight in the face. With a very healthy chip lead, Gongora began to apply ICM pressure on the short stacks and started to hit some cards as well.

Pairing up against Jose Puente‘s ace-high brought the field down to five players and then Gongora woke up with the better of two pocket pairs when he battled Miguel Mora in the blinds. Moments later, Gongora finished off Antonio Dascenzo who was down to just one big blind by flopping a straight.

Despite a mini hiccup with three players left where Gongora doubled up both of his opponents at one point, he got right back on the train when he flopped another straight against Castelo’s top pair. That set up the heads-up match where Gongora held over 90% of the chips in play. There were a couple of early all-ins that resulted in chopped pots and then Carreras struck first with a double-up. However, just three hands later, Gongora put a wrap on the event with his third flopped straight in less than two hours.

That wraps up the PokerNews coverage for this year’s 888poker event held at the Gran Madrid Casino. Keep it locked here for more live updates at events to round out the year.