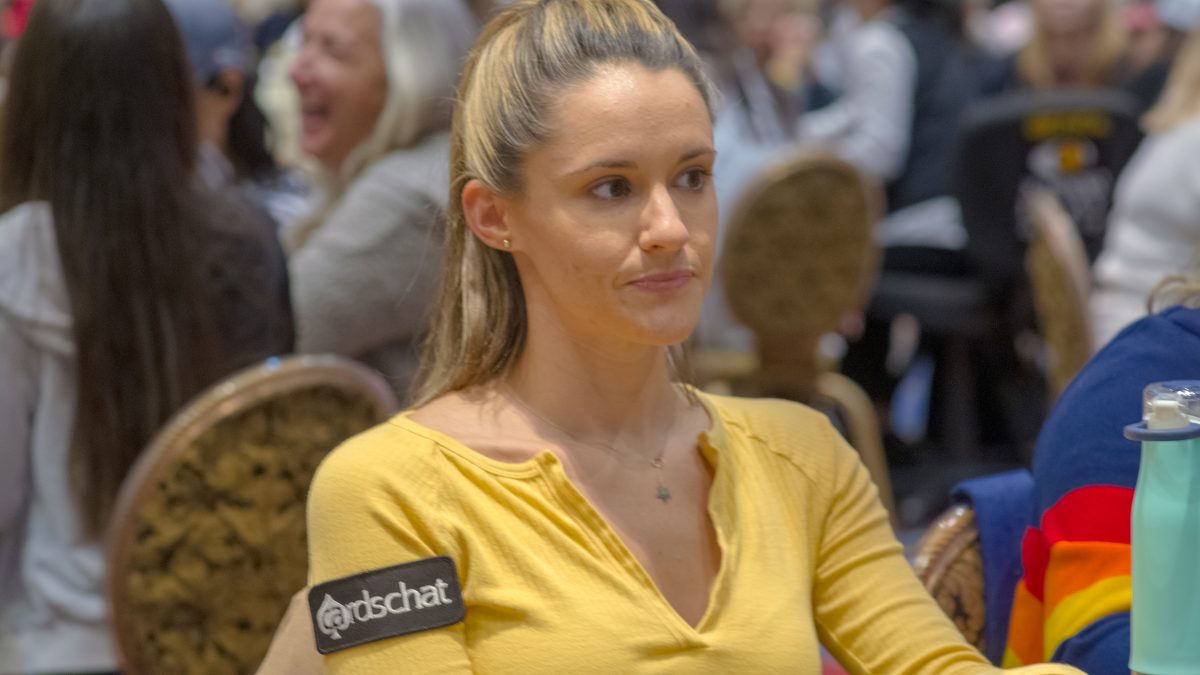 Like many other sports and industries, women are vastly underrepresented in professional poker. Despite making up half of the world’s population, only 5% of professional poker players are women. This unfortunate reality is the result of multiple circumstances that work to widen the gap between men and women. While there are many factors at play, and steps are constantly being taken to get more women interested in the game, such as a $1,000 Ladies No-Limit Championship at the World Series of Poker, there’s more work that needs to be done to help more women break through and promote gender equality.

With female players being outnumbered, their earnings figures are also significantly overshadowed by those of their male counterparts. For example, Efthymia Litsou won the most money among all women during the 2022 WSOP, earning $323,100. This figure doesn’t even put her in the top 100 when men are included. However, professional poker creates a different environment than other sports, as there are no separate leagues for men and women. Players of all genders compete head to head for the same prize money, but various factors still contribute to inequality in the game.

To gain a better understanding of what causes such a discrepancy in professional poker, CardsChat surveyed various female players to learn more about their own experiences. Along with the stereotypical “boys club” of the poker table turning many potential players away, a variety of other factors cause a lack of female representation. In this article, we’ll examine the circumstances that cause a reduced interest in the game among women.

The Women’s Poker Association (WPA) and Poker Power recently conducted a survey aimed at women in poker, of which two-thirds of respondents were female. When asked why they don’t play poker, 25% of respondents said it was because they didn’t have the bankroll to fund such an interest, suggesting that issues beyond the poker industry itself prevent more women from joining the game.

Kristin Brotherton, an Austin, Texas-based amateur player, echoes this sentiment, noting that one’s source of income can be a barrier.

“When you don’t have money to spend, it makes it hard to justify going to the card house to throw down $100-$300 to play,” Brotherton explains. “Most of the women I’ve met while playing have strong financial backing outside of poker. If we could help bridge the gap, we might see more action from the ladies.”

In her experience playing, Brotherton recognized that the tendencies of men and women create advantages for each, but that doesn’t provide an equal playing field when it comes to entering the game. “The barrier stems from whether you have the time to learn the game, and that impacts both men and women,” she mentioned. Once head-to-head play begins, things even out, but the difficulty lies in giving women the resources needed to have a literal seat at the table. This issue is further compounded by data suggesting that men typically have more time than women to engage in leisure activities than women.

Jo Macaluso, a recreational poker player and New York native who now resides in Austin, shared similar opinions, citing society’s views toward child-rearing as another reason women are less likely to compete. “Women tend to have children, and leaving them for tournaments isn’t always an option,” she stated. “Funny how the husbands can travel for poker, but if the woman does that, it is frowned upon.”

Regular poker nights have long been common in male social circles, so it’s not surprising to see so many male players take a chance at the professional circuit each year. One way to encourage more women to take up interest in the game would be to position poker as a way to learn valuable life skills. Brotherton also touched on this, explaining, “Sharing the benefits of how poker helps with things like confidence, making tough decisions, money management, and communication could be very appealing for new players.”

There’s evidence to this concept, as the WPA and Poker Power survey found that 30% of respondents cited patience as one of the top skills learned through playing poker, with 17% saying math skills, 16% saying reading people and 15% saying decision making. In fact, and overwhelming majority said these skills from poker have translated into real-life work experience, with 6% going as far as saying their poker skills helped them better negotiate a promotion or purchase.

“If you’re a female, you stick out in a mostly male poker room, so it draws even more attention to the fact that you’re new,” Sleeth says. Instructional events can help alleviate these issues, as new players, especially women, can quickly learn enough to hold their own at a poker table, making it a more enjoyable experience. Sleeth also discussed how this can extend to at-home poker experiences, as women are less likely to be invited to male-dominated poker nights. This only increases the need for organizations like Poker Power, who work to teach women the basics of the game to address this disadvantage.

“If more poker companies offered free lessons or even hosted mock poker games for beginners at some point during their tournament series, those would help bring in new players,” Sleeth said.

Seeing as poker is primarily a source of entertainment for those interested, growing the female player base also lies in showcasing the fun specifically to women. According to Donna Morton, a Twitch moderator and recreational poker player from the UK, this can mean presenting a night at the table as an alternative to a typical night out. “We need to get more women to realize that casinos are a good place to go for a night out and usually a safer one than going drinking around town,” Morton explained. But achieving this is no easy feat. Casinos and online outlets will have to invest in more female-centered marketing. But many large companies won’t be as willing to allocate chunks of their marketing budgets toward a group that still represents such a small portion of poker players.

A common sentiment among the players CardsChat spoke with was that putting women in the spotlight can go a long way in encouraging more women to play. Professional writer, editor and graphic designer Ja-lene Clark, who has a fourth-place finish in the 2018/2019 WSOP Circuit, suggests that highlighting interesting stories is essential to growing player bases, so doing so for women would achieve the goal of appealing to more female players.

“How can we create the ladies’ version of the Chris Moneymaker story?” Clark asks. “We need uplifting underdog-style stories that give us hope and examples of women competing.”

The WPA has a similar initiative, spotlighting women in various levels of the poker industry.

For Susan Murphey, an attorney with one WSOP circuit ring and over $80,000 in tournament winnings, getting current female professionals to support emerging players is an ideal way to bring about the future of women in poker. “The trend lately of female pros buying in women who can’t afford to play the bigger events is also a great way to elevate female players,” Murphey explained, emphasizing how doing so benefits the players staking and the ones being staked.

Others suggest more can be done by the WSOP. “What if a separate program was created to track women on the circuit and rank them by their earnings, like a WSOP woman of the year program?” asked Clark. Given the lack of female representation in the actual events, the odds of a woman being named Player of the Year are especially slim, so building toward an award exclusive for women can help bring attention to some of the top females.

For Kentucky-based amateur player Denise Hardenberg-Smith, this extends to hosting more female-oriented tournaments as a way to provide a welcoming, instructional environment for newer players while also building a community of players supporting one another. “We need to encourage more to play at a higher level and give them the tools to improve their game,” Hardenberg-Smith explains. “We need to create a sisterhood to not only support other players, but to learn from each other as well.”

Sleeth highlighted a recent World Poker Tour Ladies’ Meet-Up Game as an example a proper event for growing the game, as it was specifically aimed at bringing new players to join a real poker setting for the first time. “There were splash pots with these prizes and professional photographers and videographers to document the entire thing, making all the newcomers feel special. There were dealers who patiently helped the newbies by telling them what their options were every time the action was on them,” Sleeth recounted. “It was a welcoming environment that broke down the otherwise intimidating barrier that often prevents new people from giving poker a try.”

The lack of female representation is an ongoing problem in professional poker. Unfortunately, unfair treatment of female players is only the tip of the iceberg. While many have addressed specific causes and potential solutions, actually resolving this issue will require a dedicated effort from players, media, the WSOP and more. Addressing the causes in such an issue is the first step to bringing the poker community together to create a more open and welcoming environment for all players.