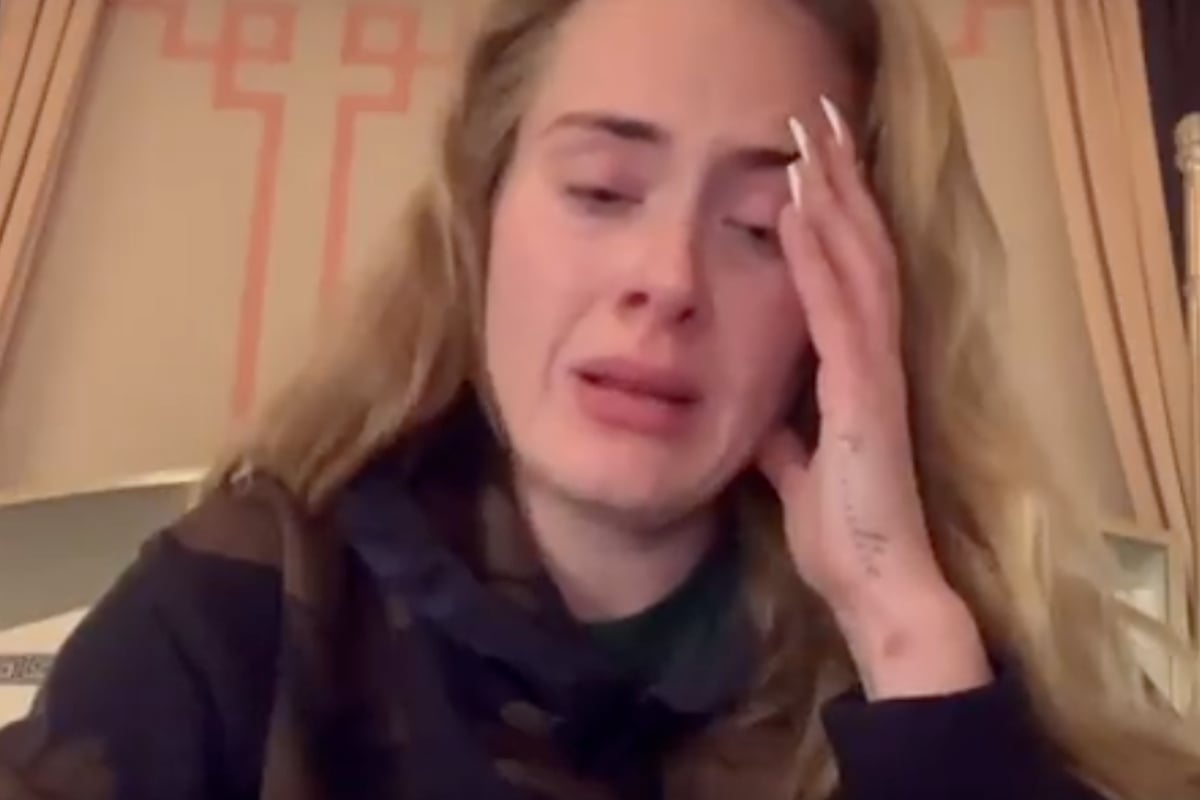 Adele shocked her fans and all of Las Vegas this evening by announcing the postponement of her Las Vegas residency at Caesars Palace on the Strip.

A screengrab of an emotional Adele telling the world that her Las Vegas residency is being postponed. Adele’s Caesars Palace gig will not begin tomorrow, but at a later time because of production interruptions caused by COVID-19. (Image: Twitter)

A little more than 24 hours before the British superstar was set to take The Colosseum stage, Adele informed her fans that the show is simply not ready. The 33-year-old shared a deeply emotional video announcing the postponement.

“I’m so sorry, but my show ain’t ready,” Adele said, sitting on her bed in her Caesars Palace penthouse. “We’ve tried absolutely everything that we can to put it together in time and for it to be good enough for you.

We’ve been absolutely destroyed by delivery delays and COVID. Half of my crew, half of my team, is out with COVID. They still are. It’s been impossible to finish the show,” Adele continued.

The 15-time Grammy winner concluded by saying she will get the show right, but for that to happen, more time is needed. All dates are being rescheduled.

All dates will be rescheduled
More info coming soon
💔 pic.twitter.com/k0A4lXhW5l

The news is especially heartbreaking for the thousands of Adele fans who paid top dollar to get a seat inside Caesars Palace’s Colosseum for the first night of her Las Vegas residency. The first “Weekends with Adele” show was set for tomorrow night, January 21.

Premium seats were being sold on ticket exchanges for thousands of dollars or higher.

Adele’s 28-show engagement that was announced in late November quickly sold out. That’s after Ticketmaster first offered the tickets to “verified” fans on December 7. The Colosseum seats 4,100 people for Adele’s show.

Along with the exorbitant ticket prices, Adele fans who were to attend tomorrow night’s premiere are left with hotel and travel bills — but no show.

“We ran out of time,” Adele tried to explain to her biggest fans. “I’m really embarrassed, and so, so sorry to everyone who traveled here.”

Most of her fans commenting on the emotional video message were supportive.

I had tickets to see you tomorrow. It’s fine. Health will always come first and especially in times like this,” commented a Twitter user with the handle “Ash.”

“Everything is upside down and everyone knows it. You’re an artist, not a machine,” said another.

“We love and support you, Adele. COVID is an awful disease, take care of yourself and your crew. We understand,” added another commenter.

Adele isn’t the only superstar who has recently made the difficult decision to delay her return to the stage. Just this week, Casino.org reported on Celine Dion announcing the postponement of her “Courage World Tour.” Dion is battling “severe and persistent” muscle spasms.

In a message to fans, Dion said 16 shows in the US and Canada, which were to begin in March, have been canceled. As of now, Dion plans to resume touring in May overseas in England.