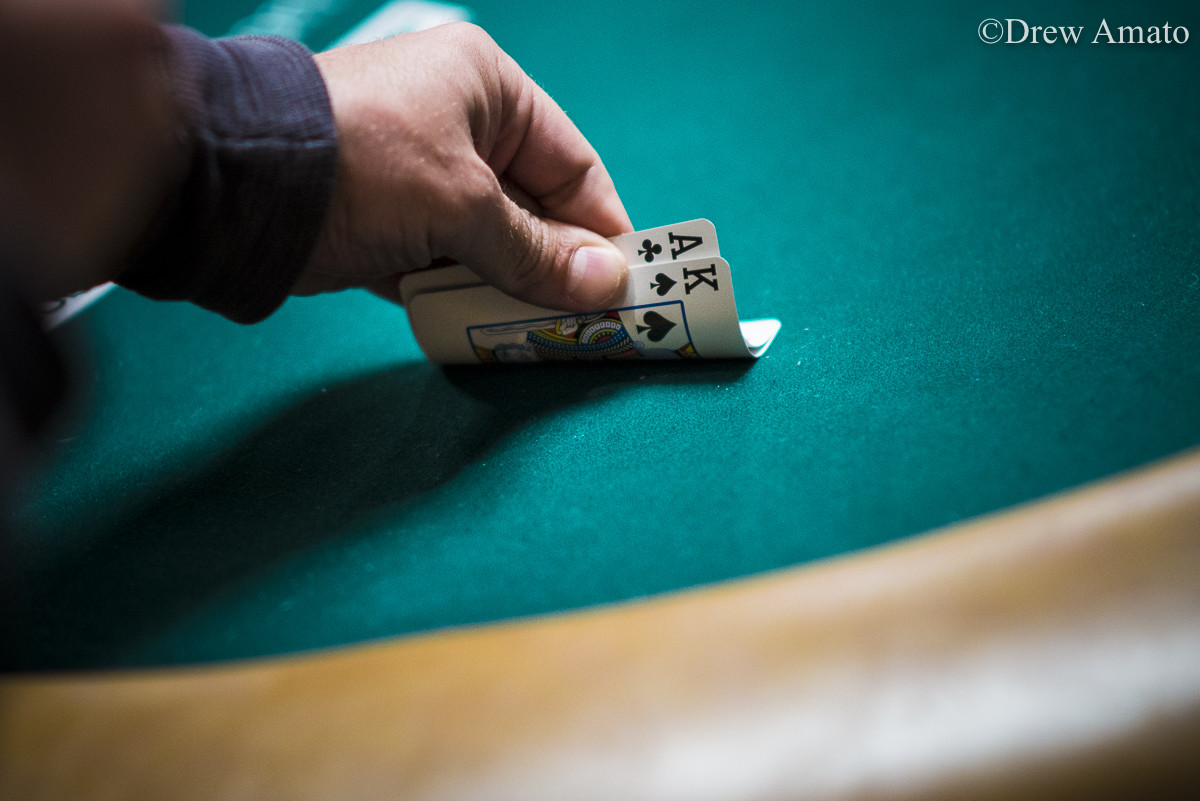 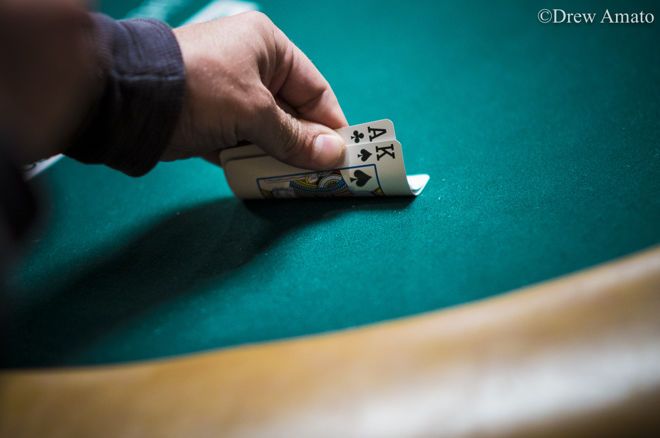 People always want to know what to do when their ace-king (AKA Big Slick) misses. Today, we will take a look at that question. To begin, let’s start with preflop play.

There are very few situations where you should not be reraising with your ace-king preflop. Generally, you want to increase the size of the pot when you have this hand. It is highly likely your opponents will raise and call preflop with weaker dominated hands. If they raise and call with ace-queen, king-queen, or something similar they are headed for a world of hurt. Should they flop to their hand they will go broke to you.

For this reason, we will start with the assumption that you are three-betting preflop. If you are playing tournaments, you can almost always call a four-bet. The stacks will be short enough to call and your opponent will be moving all in enough to justify the play.

Should you be playing a deeper stacked game then you can call versus a four-bet and decline to five-bet. You can take the flop from that point. Most people do not four-bet enough at these stack depths. You can trust that you have likely run into a hand, so you don’t need to get all your hundreds of blinds in with just a high card.

Now, let’s assume you reraised in position with your ace-king. Let’s start with that scenario. This will come up often. Your opponents do not like folding to reraises so you will be taking flops with them.

Let’s say you reraise the ace-king in position and you miss the flop. You can check back in this situation, but today we are going to discuss an exploitative play you can use.

If You Miss… Exploit!

Look. It’s likely that no one has done as many private lessons as I have. I have watched more poker than any human ever should. I have gone through thousands of databases and watched tens of millions of hands.

When someone calls a reraise out of position they need to defend themselves. Calling huge bets out of position with a capped range is a weak play. To defend yourself when you do this play you need to check-raise more, donk lead more, float more, or something. What you can’t do is play fit-or-fold on the flop. That is a recipe to lose your ass off.

That said, that is what 98% of poker players do in this situation. In my private lessons, I can scream until I am blue in the face. It won’t matter. People still love calling out of position and then folding when they miss. At most, they will call a bet. What I can’t get most humans to do is check-raise bluff or call and then do something on a later street.

What this means for you is that you can bet small with your missed ace-king a lot of the time when you are in position. This will purchase you a cheap turn and river. This helps you realize your hand’s equity. Additionally, you will get value out of weaker ace-highs. 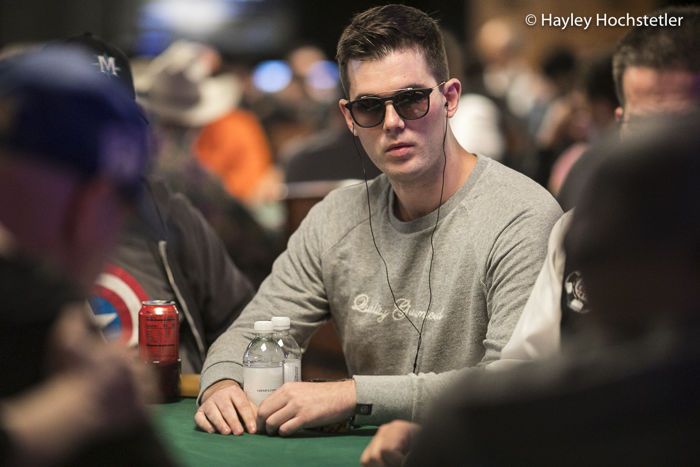 Alex Fitzgerald competing at the WSOP.

What About the Turn?

You will likely end up checking the turn. After that, you can know that frequently your opponent will check their weaker ace-highs on the river since they have some showdown value. Many people will not turn those hands into bluffs. If they have less than ace-high it is probable that they folded that hand on the flop, so they are not bluffing with it at that river moment.

The wild players tend to stick out in your mind because they are less common.

Of course, there are some players who are wild enough to justify your hero calling with an ace-high on the river. You can usually identify these players by their inability to fold on the flop and a high river aggression frequency. If you are playing live, you will notice that this person never likes to fold to the first flop bet and is always betting when one street gets checked down. That said, there are not as many of these players as people think there are. The wild players tend to stick out in your mind because they are less common. If everybody was playing like that their generic play would become less memorable in your mind.

Out of position and heads-up with ace-kinging is trickier. There are not as many hard and fast rules with out-of-position play. You have to wing it more. That’s why it’s dangerous.

What has worked for me well in the past is betting 1/3rd pot heads up when I have my ace-king high. Almost no one in position wants to fold to the first continuation-bet, especially when it is that small. That allows me to get value from all of my opponent’s floats. On the turn, I check and call because most players will go ahead and bet all of the hands they floated with at that point.

On the river, you have to make a judgment call. Is this the type of person who could put the river bet in with just a high card?

Typically, aggressive preflop behavior will be a good hint as to someone’s post-flop behavior. If someone struggles to even do a basic three-bet bluff, then you are less likely to see them fire multiple shells post flop. That said, this rule is ironclad. There are many people willing to do small bluffs preflop who actually are not capable of firing big post-flop bets.

It’s not a perfect system, but until you have extra information it is better to fold more rivers. Many common players struggle to bluff at the correct frequencies. As you move up in stakes you will be forced to call more. If you are playing lower stakes, especially versus North American competition, I would not give the common player credit for firing a large river bluff that will get called a significant percentage of the time.

“That being said, in a multi-way pot if you see action it is probable that your ace-king is losing.”

In multiway pots, things get even hairier. Bluff betting should decrease. With multiple players in the pot, it is far more likely someone has hit a pair that they are unwilling to fold. You also are blocking most of the high cards that would be folding to a bet, so you’re not exactly cashing out your equity when you fire. Your high cards still have value, and it is less likely someone will fire with nothing into multiple people. That being said, in a multi-way pot if you see action it is probable that your ace-king is losing. Worse, if your opponent has an ace kicker with their pair, you actually have pronounced reverse implied odds. If the turn gives you top pair top kicker it will simultaneously give them two pair. Caution is advised.

Those are some broad strokes for how to play ace-king when the hand misses. Of course, this is not a complete guide. This is akin to you asking me how to play a missed ace-king 10 minutes before a game starts. I have to use some generalizations that I’m not in love with due to the lack of time I have with you.

If you want to get better at playing ace-king when it misses, I’d recommend you check out this free course I put together.

In this course, I put you in a number of exams and analyze your answers. I also teach you what to do when you hit your ace-king. You will learn how to get max value from ace-king when you hit and when you miss.

Alex Fitzgerald is a professional poker player and best-selling author who currently lives in Denver, Colorado. He is a WPT and EPT final tablist. He has WCOOP and SCOOP wins online. His most recent win was for $250,000 online. He currently enjoys blasting bums away in online tournaments while he listens to death metal.

Alex can be reached for private coaching at [email protected]

Learn how to three bet everybody here!