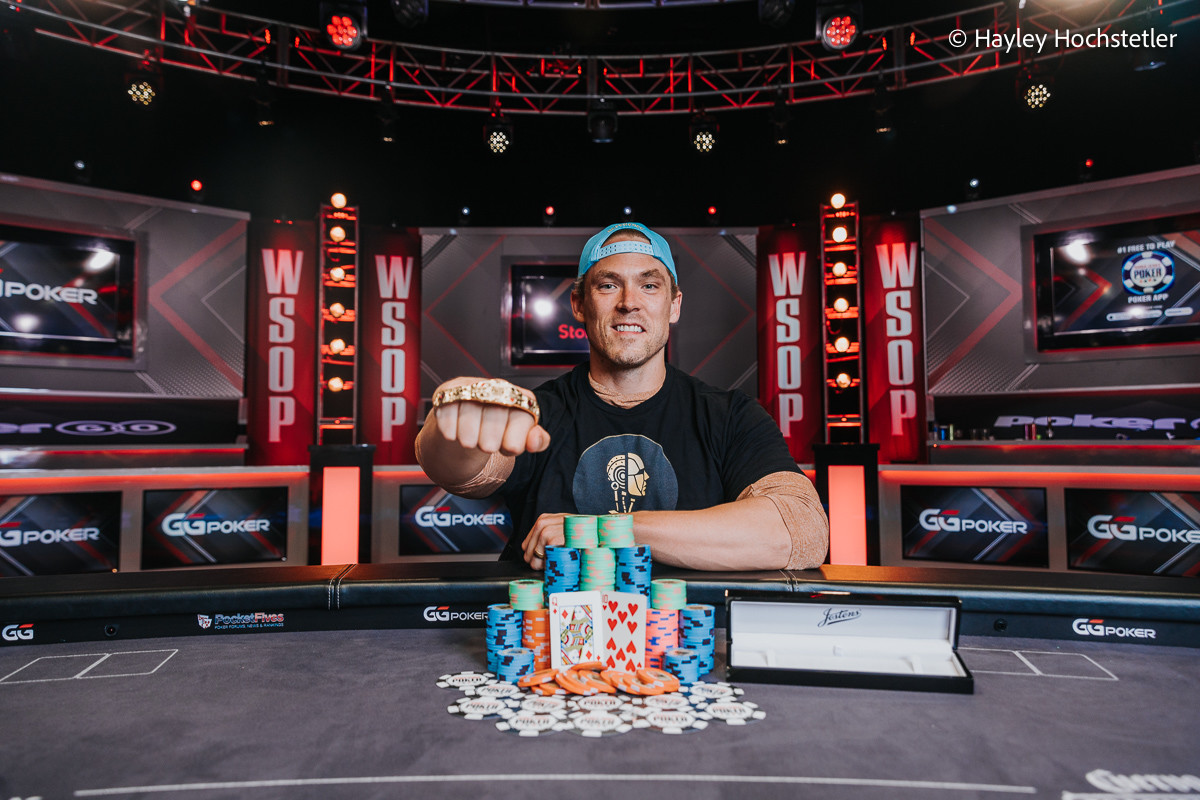 “It really means a lot to me. It’s kind of been a monkey on the back. I’ve always wanted a bracelet. I’ve had some close spots and always been disappointed … this feels like a really special one to get my first in,” said Foxen, who was just one of three players at the final table without a bracelet. “To me, what means the most is consistent performance at the highest stakes. This is one of those, so it feels really good.”

Prior to the win, Foxen had just shy of $22 million in lifetime earnings, including a prior career-best $2,160,000 for finishing second in the 2018 Super High Roller Bowl.

It wasn’t the first piece of WSOP hardware for Foxen, a former football tight end for Boston College. That’s because way back in 2012 he shipped a WSOP Circuit ring at Harrah’s New Orleans, albeit for a much more modest $22,421.

Speaking of rings, Foxen married his wife, three-time bracelet winner Kristen Bicknell, earlier this year and was quick to credit her as a major factor in his success.

“I’m extremely lucky I have an incredible wife and incredible support. It’s something that can’t be overstated honestly, the amount it helps to have someone at home that to the utmost extent understands what I’m going through on a day-to-day basis and is there to talk hands all the time, and just to help me through the difficult times too, because. I’m definitely not immune to tilt and emotion. Having someone like Krissy, I can’t express how lucky I am.”

After Henrik Hecklen bowed out in ninth place Friday night, the remaining eight players returned on Saturday to battle it out on the PokerGO live broadcast. Current 2022 WSOP Player of the Year points leader Dan Zack was the first to go after getting it in with ace-queen against the pocket tens of Foxen. Zack flopped a queen but running cards gave Foxen a winning backdoor straight.

Fan-favorite Phil Ivey was the next to go after shoving his short stack from middle position with queen-jack only to run into the ace-queen of Brandon Steven one spot over. The better hand held and Ivey had to settle for seventh place and $597,381 in prize money. 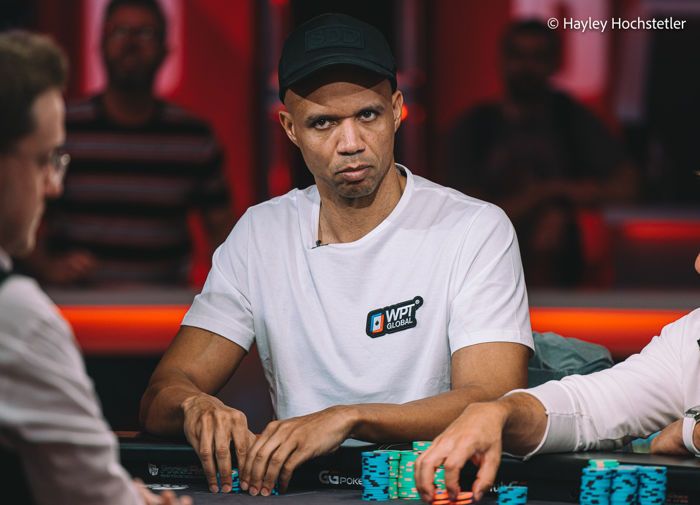 Phil Ivey had to settle for seventh place.

Martin Kabrhel was then left short after losing a flip with ace-queen against the pocket eights of Sam Soverel. The two-time bracelet winner managed a double but then got his short stack all in preflop with king-deuce suited only to run into Steven’s pocket jacks. The fishhooks held and Kabrhel was out in sixth place.

Upon coming back from a break, Soverel limped the small blind and snap-called off when Steven shoved the big blind with ace-seven. Soverel had two black kings in the hole but got unlucky when an ace appeared on the flop to end his tournament in fifth place for $1,001,142, the second seven-figure score of his career.

Defending champ Adrian Mateos was the next to go when his king-ten failed to get there against the ace-six of Chris “Big Huni” Hunichen. The elimination of Mateos also ensured there would be a first-time bracelet winner in the tournament.

Not long after, Foxen used his big chip lead to apply pressure by moving in from the small blind on Hunichen, who was in the big. “Alright, let’s go,” Hunichen said before calling off with ace-seven only to see it go down in flames when Foxen’s queen-three paired the flop and turned into two pair.

That allowed Foxen to take a 9:1 chip lead into heads-up play against Steven, and it didn’t take long for things to come to a head when the former flopped top pair and the latter bottom two pair. Steven got it in good but Foxen was not to be denied as he rivered a bigger two pair to seal the deal.

“I never lost the chip lead, I started chipping up right away. I found a few good spots, made a couple of good hands, won a big flip, and yeah, it was about as smooth as it could be,” Foxen said after the victory. “I haven’t even looked at the schedule, I try not to look at what’s next until I’m out of the tournament I’m in, but I think I’ll probably wait until tomorrow to get into anything. Probably just go have a celebratory dinner and be ready to go tomorrow.” 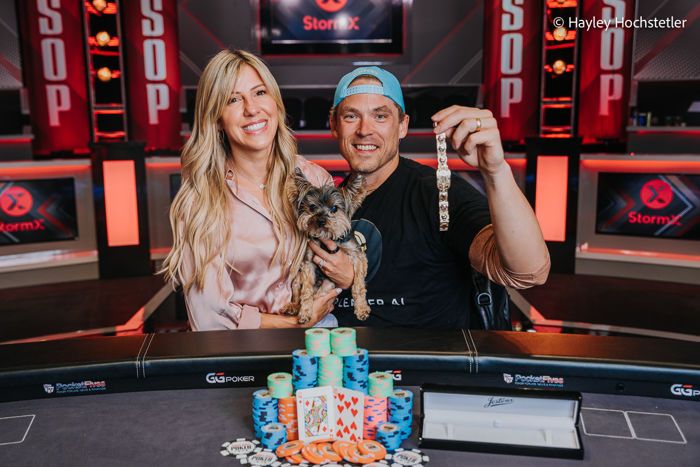