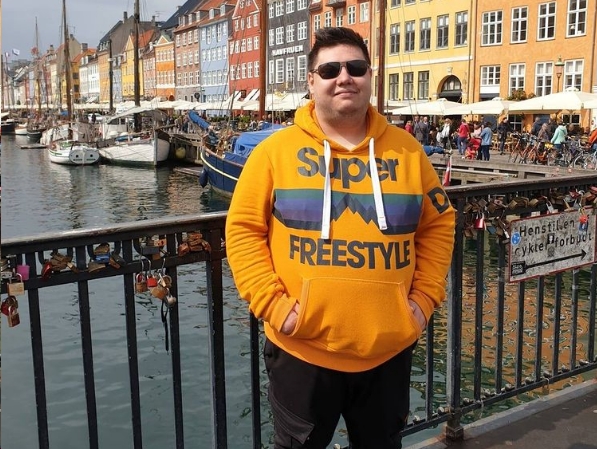 The Espen Jorstad vs. Alex Theologis scandal that gripped the poker community this week appears to be resolved, even if one player isn’t entirely happy about the outcome.

The private dispute, which was made public by Jorstad, concerned an alleged swap in the WSOP Main Event worth $300,000. Jorstad won the World Championship bracelet and, with it, $10 million.

Theologis believes he’s owed 3% of Jorstad’s prize money. The world champion disagrees and made it clear in a Twitter post on Monday. After hundreds of comments, Theologis finally responded with his take on the situation.

Theologis hits back at Jorstad

Private messages shared by Jorstad show that Theologis was unhappy with the situation before it went public. Even though neither party could recall any discussions about a swap, Theologis was sure they’d exchanged 3% in the WSOP Main Event.

The following post is regarding a WSOP main event swap dispute with community member Alex Theologis, aka Pwndidi:

The Greek poker pro’s response on August 30 was a little more philosophical. Before stating his position, Theologis clarified a few points. Some people in the Twitter comments had remarked on the timing of Theologis’ messages.

It looked as though he’d waited until Day 7 of the WSOP Main Event to raise the issue of a swap. Theologis said that’s not true. He was “dm’ing Espen all throughout his run,” Theologis said. He claims Jorstad wasn’t responding to the messages.

Theologis also says he asked Patrick Leonard to intervene and that he hung out with Jorstad a “few times” during the WSOP. Although he doesn’t remember which meeting led to talks of a swap, he’s confident a deal was struck before the Main Event.

Theologis goes on to say that considers the situation “over” and it’s a hard lesson on how to handle swaps in the future.

The main thing that needs to be said is that for me this is not an ongoing situation. This was presented as a current dispute when it is not. Espen made it clear to me that he didn’t recall the swap and wasn’t willing to pay up when we spoke in person and on ig over a month ago.

At that point, seeing how I had no proof and there was nothing to be done about it, I considered the situation to be over and sent him the now infamous message. I felt the way he handled the situation was not ideal and that I had 300k taken from me so that was my response.

What Theologis also made clear is that the incident in Cyprus had nothing to do with him. As Jorstad explained in his original post, a drunk Irishman approached him during a tournament in Cyprus and demanded he pay Theologis the money owed.

The unnamed Irishman also told Jorstad they could step outside and resolve the situation. The assumed threat was enough for Jorstad to make the issue public which, in turn, started the cascade of Twitter comments and accusations.

I believe my integrity and reputation has been rock solid through the years on and off the tables. To think that I would risk all that by conjuring up an imaginary swap long before the final table is just crazy.

Theologis believes his reputation and integrity have been “rock solid” over the years and this incident doesn’t change that.

Additionally, I do not understand Espen’s reaction. Some drunk dude approaches him, Espen (correctly) thinks he has nothing to do with me and the immediate response is to post private discussions on twitter.

He is, however, slightly confused by Jorstad’s reaction and how he’s chosen to deal with the situation.

2022-09-04
Previous Post: Casino Stocks With Cash Flow, Digital Exposure Could Rally
Next Post: Flightline’s Dazzling Win and Other Takeaways from A Super Saturday of Racing