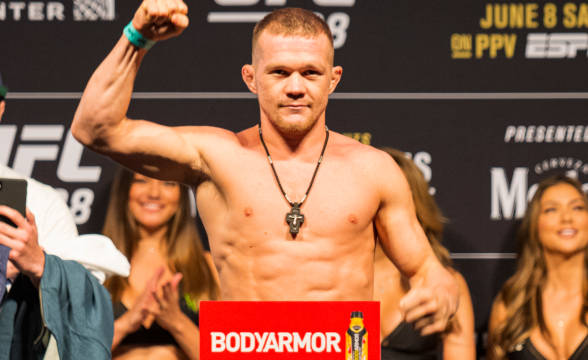 UFC 273 brings us a title unification rematch between Aljamain Sterling and Petr Yan. Their first fight ended with Sterling winning the UFC Bantamweight Championship after Yan got disqualified for an illegal knee strike.

The two were supposed to have a rematch last October in what was supposed to be Sterling’s first title defense. However, the reigning champ decided to cancel the bout citing a neck injury as the reason. As a result, Yan went into the octagon with Cory Sandhagen to fight for the interim title.

After winning by unanimous decision, the Russian fighter got a chance to unify the titles. His chance seems very good judging by the fact that bookmakers are giving -520 on his victory.

All odds are per FanDuel as of April 4.

It’s been almost 11 years since Sterling made his professional MMA debut. Now a 32-year-old, the New Yorker has been in the worlds’ most elite promotion (UFC) since 2014, losing just three fights along the way. In fact, his professional record is 20-3, with 13 of those wins happening in the UFC.

However, there’s one thing that should worry him. Sterling hasn’t fought a single fight in more than a year. In fact, the last time we saw him inside the octagon was on March 6, 2021. That’s when he got ahold of the championship belt.

Before that, the belt was in Petr Yan’s possession. In fact, he had previously defended it once and was favored do it again. Yan entered the Sterling bout as a -139 favorite and was doing well until Round 4 when he got disqualified for an intentional knee strike.

As a result, Sterling became the first champion in the history of the UFC to win the championship by opponent’s disqualification.

With a 16-2 record, Petr Yan is one of the finest fighters in the Bantamweight Division. Since joining the UFC in 2018, he’s won eight fights, with no losses. The only UFC fight he didn’t win was the one against Sterling in which he got disqualified.

His most recent fight happened on Halloween 2021 when we saw him beat Cory Sandhagen by decision. Yan was the betting favorite, but it wasn’t an easy fight. Sure, Sandhagen is a fantastic fighter, but there’s another reason why the fight went the distance – Yan decided to go with a more cautious tactic.

That’s probably going to be his fight plan on Saturday as well. Even though he’s famous as a knockout maestro, Yan will probably try to tire out his opponent, making no risky moves along the way.

Yan should win this fight – he is a better fighter than Sterling, not to mention that he wants to show the world he deserves to be the UFC Bantamweight champ.