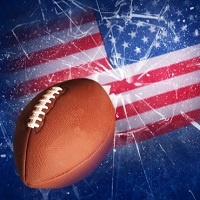 We’re talking about American sports betting news in two of the biggest states in America, both of which are worth potential billions of dollars in annual revenue! Plus, gambling news from Massachusetts and Kansas, and a look at a new slot machine!

Of course, the folks in California will have a third option available to them, as both of these ballot initiatives need a majority vote to pass. So if neither gets enough support, there’s the very real possibility that California doesn’t get sports betting at all! We’ll have more on this story as the November elections approach.

Jumping 2,000 miles to the east we land in Florida, where there’s more American sports betting news to discuss! Betting on sports in Florida was regulated there and launched back in May of last year, only to be abruptly shut down by November… and the fighting there continues all the way to today! It’s a complex, convoluted issue that centers around sports betting, Tribal gaming, and where an online bet actually takes place. And now, the Federal government is getting involved, ’cause, ya know… that’ll clear things up!

The Biden Administration is asking the courts to back off and let Florida decide what’s best for Florida sports betting, basically making it a States Rights issue… which is what it should be, and surprisingly good, lucid advice! Well, they were due!

And on a separate note, we have two American sports betting updates. First, in Kansas, betting on sports has been approved for a September launch before the start of the NFL season! While up in Massachusetts, operators say they are ready to go at any time! But, the regulators are not, so we’ll keep an eye on those two states for you.

This week we have an amazing new slot machine review to share with you for the Lightning Dollar Link from our friends at Aristocrat! This is a super-sized, next addition to the Lightning Link brand! A true gambler’s game, with multi-denominations, new free game features, select-able lines, and both the Cash on Reels symbols and Hold & Spin bonus! Find this review, and hundreds more, when you visit and subscribe to our YouTube channel.

And finally this week, as many of you know Lake Mead is located near Las Vegas and its primary water supply. As the lake dries up and water levels slowly drop, some really creepy things are being found, including a World War II era shipwreck, and even human remains! So far, at least five bodies have been found… some of which are suspected to have connections to the Mafia! Authorities say that more bodies could be found over the next several weeks and months as water levels continue to fall.  In fact, so many bodies have been found at this point, that even Hillary Clinton is impressed!