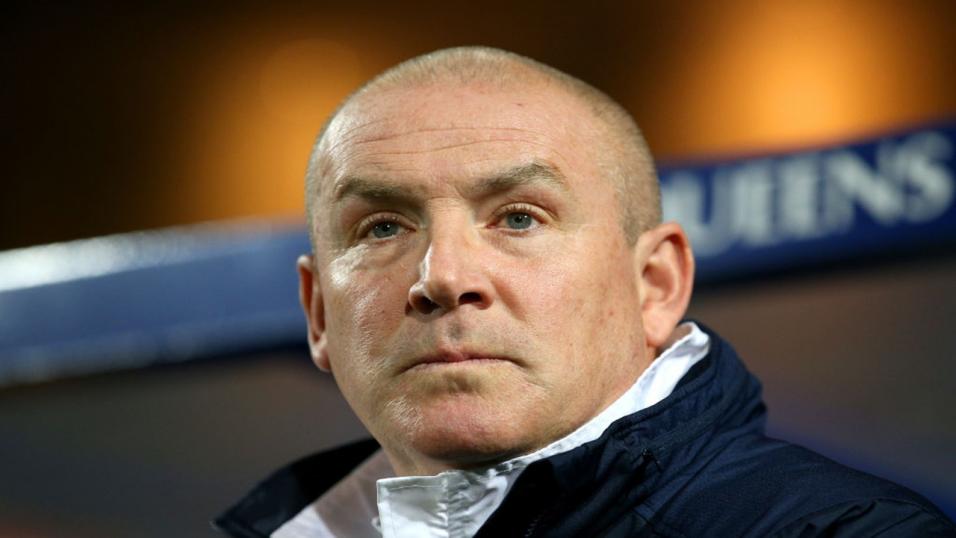 An abundance of goals at the Kiyan Prince

QPR’s 2-2 draw at the John Smith’s Stadium wasn’t a bad result for Mark Warburton’s side, however, they can afford very few slip-ups between now and the end of the season. With just four matches left, the R’s are four points shy of the top six and having played a game more than Middlesbrough, they simply must go for broke in their remaining fixtures.

The West London side have struggled for goals in 2022, however, they’ve scored three times in their last two outings and Luke Amos had a terrific opportunity to hand his side all three points against the Terriers on Friday evening. Warburton is still reportedly targeting 72 points this season, and with the play-offs still a mathematical possibility, the players aren’t likely to be downing tools anytime soon.

Ilias Chair was back amongst the goals on Friday and the Moroccon is likely to be a thorn in the side of the Derby defence throughout the 90 minutes.

Derby have a terrific record against the division’s better sides this season and recently beat Fulham at Pride Park. Wayne Rooney’s side aren’t going down without a fight and are unbeaten in three of their last four, however, a combination of points deductions and dreadful away form has been their undoing this season.

Nevertheless, the Rams are a dangerous side and will create chances in this contest. They have scored in each of their last five and with QPR’s defence having failed to keep a clean sheet since the end of January, they are likely to find a way through.

Tigers to potentially silence The Den

Despite their relatively unconvincing form, Millwall are still within three points of the play-offs. The Lions have won just one of their last five and that came against struggling Barnsley. Nevertheless, their home form is fairly solid with only Fulham, Nottingham Forest, Luton and Swansea having left this ground with all three points.

Hull ended their barren home run with a much-needed victory over Cardiff on Friday afternoon and despite a shaky start to his tenure, Shota Arveladze has made his side tough to beat, particularly away from home. They’ve kept four consecutive clean sheets on the road and suffered just a single defeat on their travels since New Year’s Day.

The Humberside outfit potentially lack firepower, however, they have a smattering of star quality with talented Keane Lewis-Potter and the crafty George Honeyman providing some much needed energy in the final third.

The Lions are no pushovers and they rarely lose at this venue. However, Hull recently returned from the Riverside with all three points and they could easily take something back to East Yorkshire here.

Reading’s unexpected victory over Sheffield United on Friday afternoon has carved open a nine point gap between the bottom three and the rest of the division. As a result, Barnsley and Peterborough can beginning planning for life in League One next year and with both of these sides showing some signs of life throughout March and April, fans will be expecting a strong showing next season.

Peterborough are much better under Grant McCann and managed to take all three points off play-off chasing Blackburn on Friday afternoon. Posh have accumulated almost a third of their season’s points tally since the former Hull boss returned to the Weston Homes and they have also scored in seven of their last eight matches.

Barnsley have also become tougher to beat and have been defeated in just two of their last seven outings. Poya Asbarghi’s side undoubtedly lack creativity in the final third, but they’ve been much better since the managerial switch and they’ve managed to find the net in each of their last six games at Oakwell.

Although Paul Ince’s interim appointment didn’t make a lot of sense at the time, it has proven to be a masterstroke with the former midfielder managing the steer the Royals clear of any immediate danger.

Although the Berkshire side aren’t mathematically safe, they only need a few more points to secure their place in the Championship next season. They’ve become much tougher to beat and have conceded just six times in as many matches. With Lucas Joao in the XI, Reading always carry a threat and there have been some notable recent performances from Josh Laurent and Tom McIntyre.

Swansea’s sensational end to the season was halted by Barnsley on Friday, however, Russell Martin’s side are very pleasing on the eye and they can carry plenty of optimism into the 2022-23 campaign. Despite their inconsistent away form, the Welshmen have scored eight times in their last three matches on the road and have found the net in four of their last five.

Inconsistent Potters to spring a surprise

Michael O’Neill says he ‘learned a lot’ about his players during their disappointing 1-0 defeat to Bristol City on Good Friday. Opposition boss Nigel Pearson expressed his sympathy and suggested that Stoke must be ‘pulling their hair out’ after somehow failing to find the back of the net. As well as hitting the woodwork, the Potters had 12 efforts on goal, however, for the second time this season, they were undone by the gritty and determined Robins.

Stoke have been so frustratingly inconsistent this season that it wouldn’t be a surprise to see them bounce back on Monday afternoon. Having recently won at the Hawthorns, they have shown that they are perfectly capable of producing an outstanding away performance.

Blackburn are still only a couple of points off the play-offs, however, Rovers’ current form is far from inspiring. They’ve won just one of their last eight matches and have dropped points against several bottom half sides. The confidence within the squad has taken a battering and it wouldn’t be a surprise to see Tony Mowbray’s men drop points against yet another mid-table outfit.

Points shared in the welsh capital

Luton always bounce back from defeat. Nathan Jones’ men have only lost consecutive matches once all season and there was always a good chance that they would respond to their 2-0 defeat at the John Smith’s Stadium.

The Hatters edged past the division’s in-form side on Friday lunchtime despite playing the last 15 minutes with ten men. Sonny Bradley’s dismissal is a blow for an already-depleted squad, however, if any side are built to deal with setbacks, it’s Luton Town.

Cardiff have very little to play for and are coasting towards the end of the season. Steve Morison lamented his side’s defending against Hull, however, they aren’t the first side to fall victim to the Tigers’ lightning quick starts this season.

The Bluebirds have a 2-1-2 record across their last five fixtures and on current form, are relatively hard to predict. Nevertheless, Morison will be looking for a quick response and his side are unlikely to quite so generous to the opposition this time around.

Seasiders to bounce back from late setback

Blackpool have conceded their fair share of late goals this season and the Seasiders fell victim to yet another injury time strike on Friday afternoon. Following a sequence of three consecutive away games, Neil Critchley’s men will be pleased to be back at Bloomfield Road for this clash with Birmingham.

The hosts have been relatively solid in front of their own fans in 2022 and have suffered just two defeats here, one of which came in the dying embers against Bournemouth. Aside from their 4-1 defeat to Nottingham Forest at the beginning of the month, the Lancashire club have kept things relatively tight on their own patch.

Birmingham raced into a two-goal lead against Coventry on Good Friday, however, Lee Bowyer’s side somehow blew their advantage and ended up losing 4-2. The Blues have won just one of their last six and have clinched just a single away victory since October 30th.

Neither of these mid-table sides are playing with much confidence, however, Blackpool’s home form is reasonably strong and they should be backed by a vociferous home crowd.

Coventry have rediscovered their goalscoring touch in recent weeks with the Sky Blues notching nine times across their last four matches. Having netted seven times across their last two away games, Mark Robins’ side will come into this game with plenty of confidence. Their home form has been a mixed bag in 2022, however, only two sides have left the CBS Arena with maximum points since January 22nd.

Bournemouth drew 0-0 with play-off chasing Middlesbrough on Good Friday and although they look set to crawl across the line, the Cherries have been far from convincing.

They’ve won just two of their last six matches and have failed to take maximum points in any of their last three outings. Admittedly, they’ve had some tough fixtures, however, this isn’t much easier and they may not be able to get back to winning ways just yet.