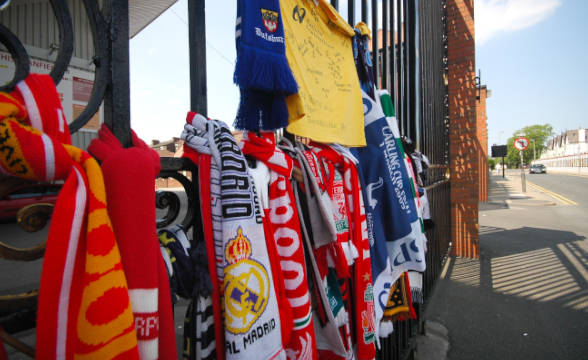 An Independent Regulator Will Oversee the British Soccer Clubs

A new independent soccer regulator will govern the sport in the United Kingdom. The idea has been introduced by the country’s Department for Digital, Culture, Media & Sport (DCMS) which wants to improve the relationship between soccer and its fans.

The DCMS Plans to Introduce an Independent Regulator

According to the department, there is still a need to fix some problems in soccer. The UK has managed to greatly reduce the instances of harmful fan activity but there is more work to be done. The regulator will follow the affairs of various soccer clubs and will enforce a greater degree of transparency, equality and integrity. Additionally, an independent regulator may be able to prevent future crises in the soccer world.

The decision to establish such a regulatory body comes in the wake of an extensive survey by the DCMS where the department inquired about what changes fans would like to see. The research was chaired by Tracey Crouch who advocates for reforms in British soccer.

It turns out that numerous soccer enthusiasts believe that stricter regulations are what the sector needs. The fans said they want soccer club owners and executives to undergo integrity tests and also would like to see increased diligence when checking the source of funding when a team’s ownership is about to change.

The new regulator will do all this and will also check clubs for any illegal financing or other criminal activity. It will also be allowed to enact penalties when it uncovers fraud. The DCMS will reveal more about the new regulator very soon.

The Lack of a Clear Timeframe Is Worrying

Nadine Dorries, secretary of the DCMS, spoke about the importance of a new regulator. She emphasized that soccer authorities cannot manage to do everything on their own, which is why such a fan-led approach is needed.

Leagues, however, seem to have mixed opinions on the matter. The English Premier League, for example, does feel like a change is needed but added that a statutory-backed regulator might not be the most sensible approach.

The English Football League, on the other hand, said that it supports the idea of an independent regulatory body but thinks that the latter must know how to redistribute the financing of the leagues more fairly.

There is still a lot to be clarified. The DCMS is yet to reveal its full plans for the new regulator. Even when it does, chances are that implementing a new regulatory body will take a while. Analysts predict that the new regulator will go live no sooner than 2024. Crouch, for one, is worried about the lack of a clear timeframe.

2022-04-27
Previous Post: Where to Watch/Listen: Horse Racing Coverage for April 27-May 1
Next Post: Circus Circus Partners with Choice Hotels to Reach New Guests