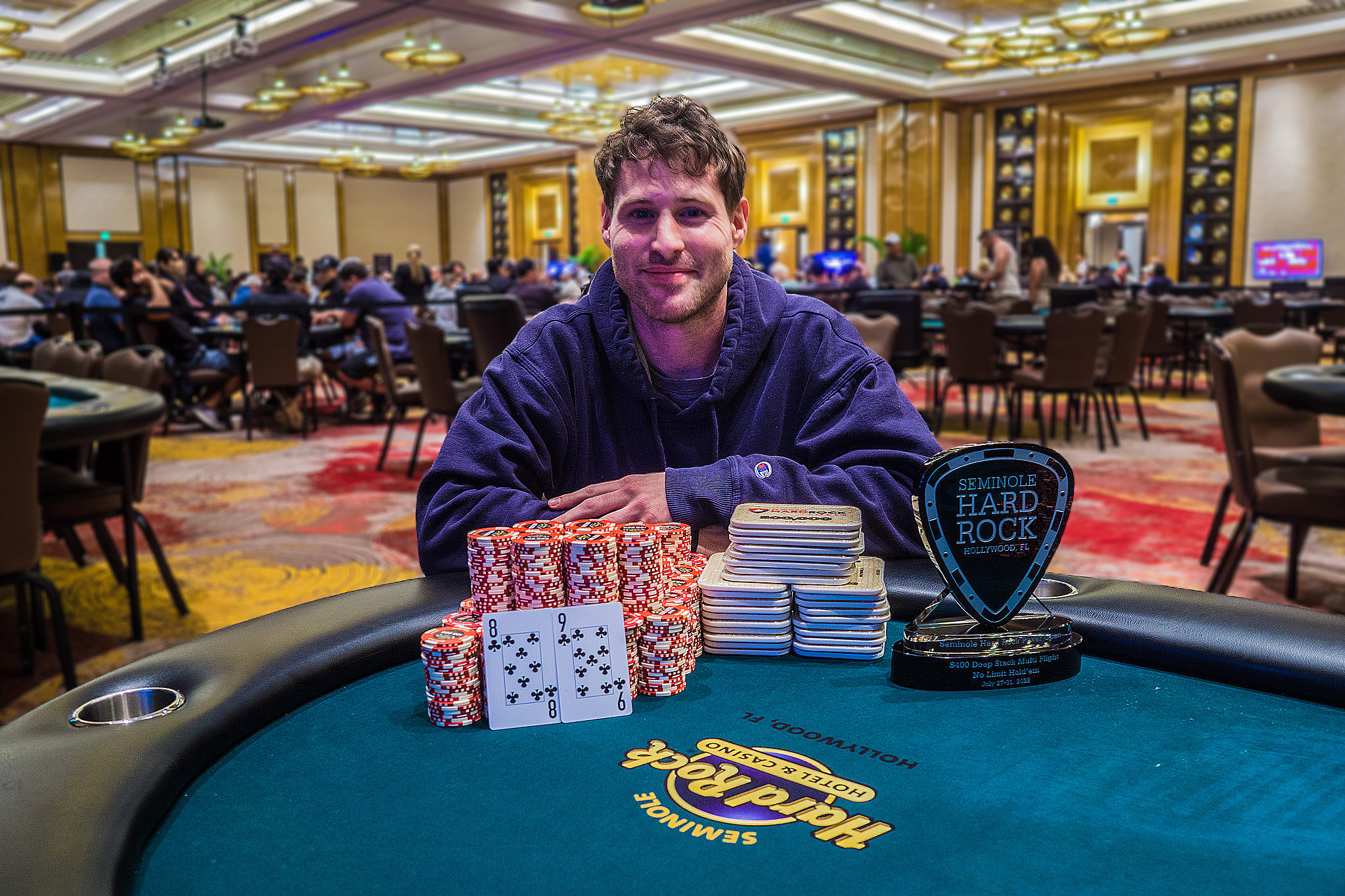 The tournament crushed its $1 million guarantee by offering up a $2,541,990 prize pool. On Monday, Andrew Pecina (pictured above) was the last player standing, an accomplishment that was worth $225,906 after a five-way deal.

“It feels amazing. Phenomenal. Words can’t describe it,” Pecina told SHRPO officials after the win. What’s more, it was the first poke tournament he ever played at Seminole Hard Rock Hollywood. “I entered the last flight. I was alternate #530. I waited two hours to get in, and I only bought in once.”

What’s even more impressive is that Pecina did it by mounting a huge comeback.

“I was down to one big blind at one point on Day 2,” he explained. “But I came back and things just came together.”

After Corel Theuma busted in sixth place ($73,718), the remaining players agreed to a chop, and Pecina took home the largest share. Tommy Morgado was the second-place finisher, good for $186,979.

Just outside the top six was someone mixed martial arts fans would recognize. Colby Covington, a UFC star who is also an avid poker enthusiast, finished in seventh place, an impressive run that paid $48,298, his largest career score. Covington now has over $120,000 in live tournament cashes, according to The Hendon Mob. 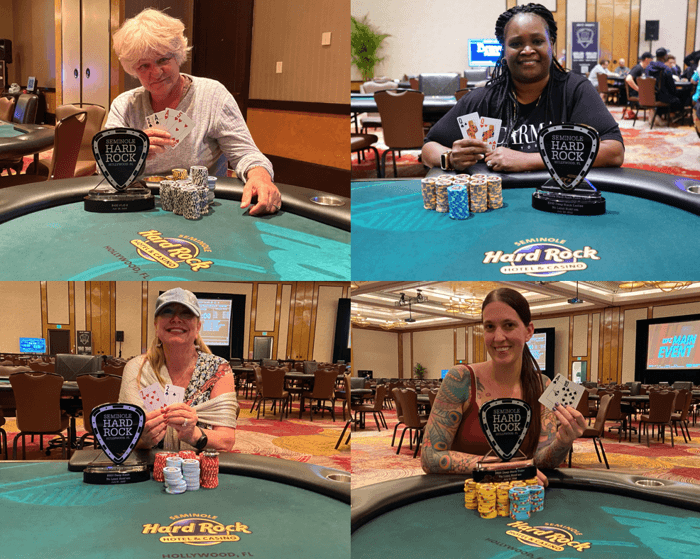 Back in April, PokerNews reported a story when multiple female champs crowned on the same day at the WPT Seminole Hard Rock Poker Showdown. Well, an arguably even bigger story developed early on in the 2022 SHRPO when four ladies captured titles in a two-day period, three of which came in open events.

“It was a great group of ladies today,” said Lamar after the win. “I really enjoyed playing with them. It was a fun table. But ladies are tough. I’d rather play with the guys. With the ladies, you just really don’t know. They’re very unpredictable.”