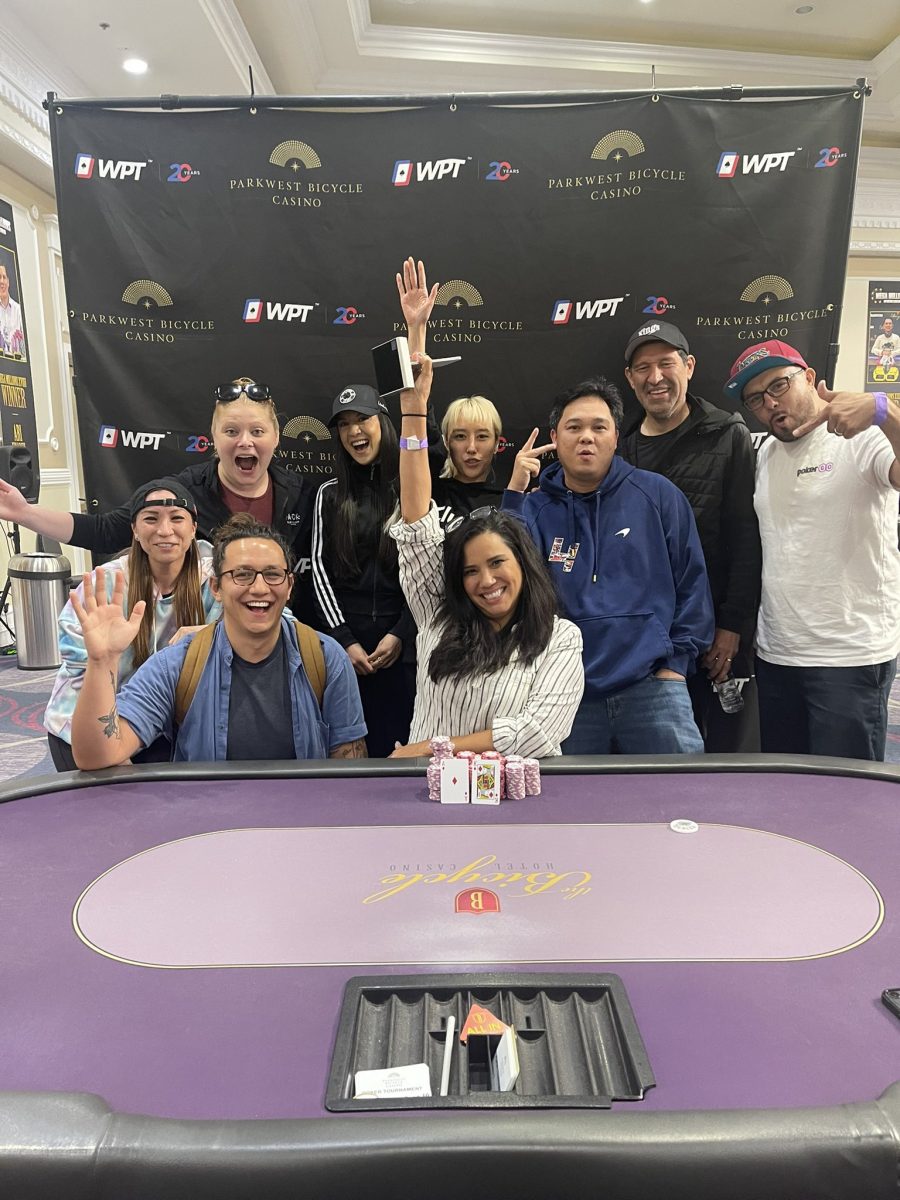 Angela Jordison Riding Momentum to the Top of the GPI

Angela Jordison has been playing cash game poker professionally since 2008. However, it took some downtime in the pandemic for Jordison to commit to improving her tournament game. The work has paid off, as she’s had a fantastic 2022, most recently capped off with a victory in a mammoth 532-player field in the $500K Guaranteed WPT side event at the Legends of Poker at LA’s Bicycle Casino.

Angela Jordison with her rail after her latest big cash, a win at the Bicycle Casino for more than $84K. (Image: Twitter/AngelaJordison)

The cash was the second-best career score for Jordison, and amazingly, her fifth straight five-figure cash dating back to July 3 when she cashed in the WSOP Main Event.

“I’ve always splashed in tourneys, but just 20% to 25% for me. I do love the strategy of tournaments, but I like the flexibility of cash games. I think I’ve found a really good poker life balance which is hard to find early on.”

Jordison primarily played Pot-Limit Omaha and PLO-8 cash games because it gave her a better work/life balance than playing more poker tournaments. But, after seeking out coaching from former WPT champion Faraz Jaka, she’s taken tournaments more seriously and is reaping the rewards.

“I think he has really helped me out a lot, especially when it comes to navigating multiway pots. Obviously, running well above EV does help as well,” said Jordison. “This last year, I’ve been running hot so I’m sticking with that until it evens back out, and then I’ll go back to cash games.”

Career highlight  at the WSOP

Jordison originally broke out with a solid World Series that included a third-place finish in a $1,000 freezeout bracelet event, good for $151,544. It was by far her best career score and her first WSOP final table, a dream she’d had since seeing other friends experience it themselves.

“Making my first WSOP final table was surreal,” Jordison said. “It was exhilarating and I loved every moment of it. I kept looking at my rail, it was filled with people I love and admire, and it made me so happy.”

“I have spent hours and hours on friends’ rails and it was finally my time. In the moment, I was so focused on playing the spots I was dealt well. It didn’t hit me until a few days after how close I was to a bracelet. I hope I get another opportunity.”

Jordison’s latest win at the Bike put her near the top of the GPI rankings for 2022 amongst women. It was a goal that she didn’t set out to reach until a friend told her she was in contention after her stellar summer. Now, it’s her primary focus for the rest of the year.

“I didn’t even know that was a thing and right before Cherokee, a friend calls and says you are in the mix. I looked into it and decided I’d go to WSOPC Cherokee and, if I bricked out, oh well. But then, I final tabled two there so it’s a priority now. I’d like to get it, but there’s some stiff competition.”

Jordison made two final tables at Cherokee — a third in the $1,100 event and sixth in the $2,200 high roller, good for nearly $55K in combined cash. She also bagged a decent stack on the first Day 1 of the Legends of Poker Main Event, but ended up busting on Day 2 shortly before dinner break. Still, Jordison proved to herself that she can hang in these big-field events, something she doubted in the past.

“My whole career, I’ve avoided big buy-in tournaments. They were intimidating to me. It wasn’t about the buy-in, it was about the level of competition. I didn’t know if I had put enough time in to compete there. I don’t like to get into things and be an underdog, and I usually do lower buy-ins.” 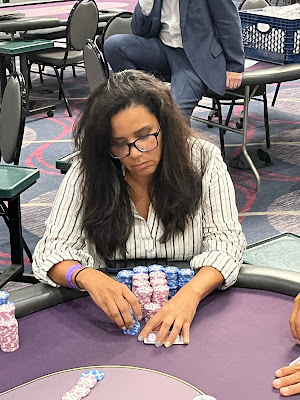 “This last year was the first time I’ve averaged $1K and this is my first $5K event,” Jordison added. “I came here with the intent of playing it, but I was nervous. When I got a free seat for the $1,100, it took a lot of the nerves away. I feel good”

Jordison currently splits her time between Oregon and Iowa when she isn’t at the poker table. She says her favorite hobbies are painting, hiking, and being outdoors in general, especially with her two adult children. But her downtime might have to be put on hold in her quest to become the latest GPI Female Player of the Year.