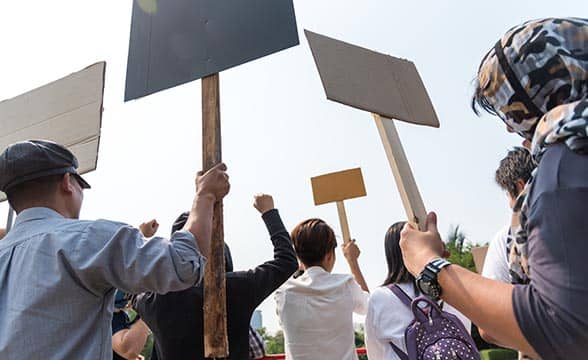 A young British woman suffering from gambling addiction took her own life after years of struggle. Her unfortunate fate sparked a new wave of disgruntlement against the industry. The Big Step movement will partake in a 40-mile walk to honor the young woman’s death.

Kimberly Was a Victim of Special Offers

Kimberly Wadsworth, aged 32, took her own life four years ago. At that point, she had been gambling for around a decade and her problem was worsening with each day.

Wadsworth was a promising Leeds youth with a great career in marketing. However, the passing of her dad tripped her down the path of problem gambling – a problem she never managed to solve. At first, she would play on fixed-odd betting terminals but later she began playing online casino games.

The problem is that the operators Kimberly played with never bothered to address her addiction. Instead, they would bombard her with special offers and free bets. She was even awarded VIP status by one of the operators she played with the most. Needless to say, this special treatment amplified the young woman’s gambling problem.

Kimberly’s family knew about her betting habits and sometimes even gave her money to play. What they didn’t know, however, is how serious her addiction was. Still, right before the woman took her own life, her family booked her a hypnotherapy session. Sadly, Kimberly commit suicide before she could have addressed her struggle.

Following Kimberly’s death, Kay Wadsworth, her mother, has been advertising against free bets and VIP offers. She is now a major advocate for the ban on gambling ads and is incentivizing other people to oppose the industry’s harmful sides.

Kay called gambling companies “predators” and blamed them for the death of her daughter. She said that this “shameless industry” has taken way too many lives and must be stopped now.

Wadsworth and other anti-gambling activists will gather on October 14 and will take a part in a 40-mile walk. The initiative seeks to honor Kimberly’s death and is the activists’ way to take a stance against harmful gambling content. All participants will be people who are either ex-problem gamblers or have struggled because of a loved one’s gambling habits. Families whose relatives have perished because of gambling will also partake in the initiative.

During the 40-mile walk, the participants will visit five soccer clubs, namely Barnsley, Rotherham United, Sheffield United, Sheffield Wednesday and Leeds United. The activists will prompt sports organizations to denounce gambling and stop taking money from gambling sponsors. The walk will end at Leeds United, which was Kimberly’s favorite team, according to Kay.

James Grimes who organizers The Big Step is also a former addict. He wants to show operators, the government and soccer teams that anti-gambling campaigners aren’t going away. Grimes vowed to do everything in his power to prevent gambling from destroying families.