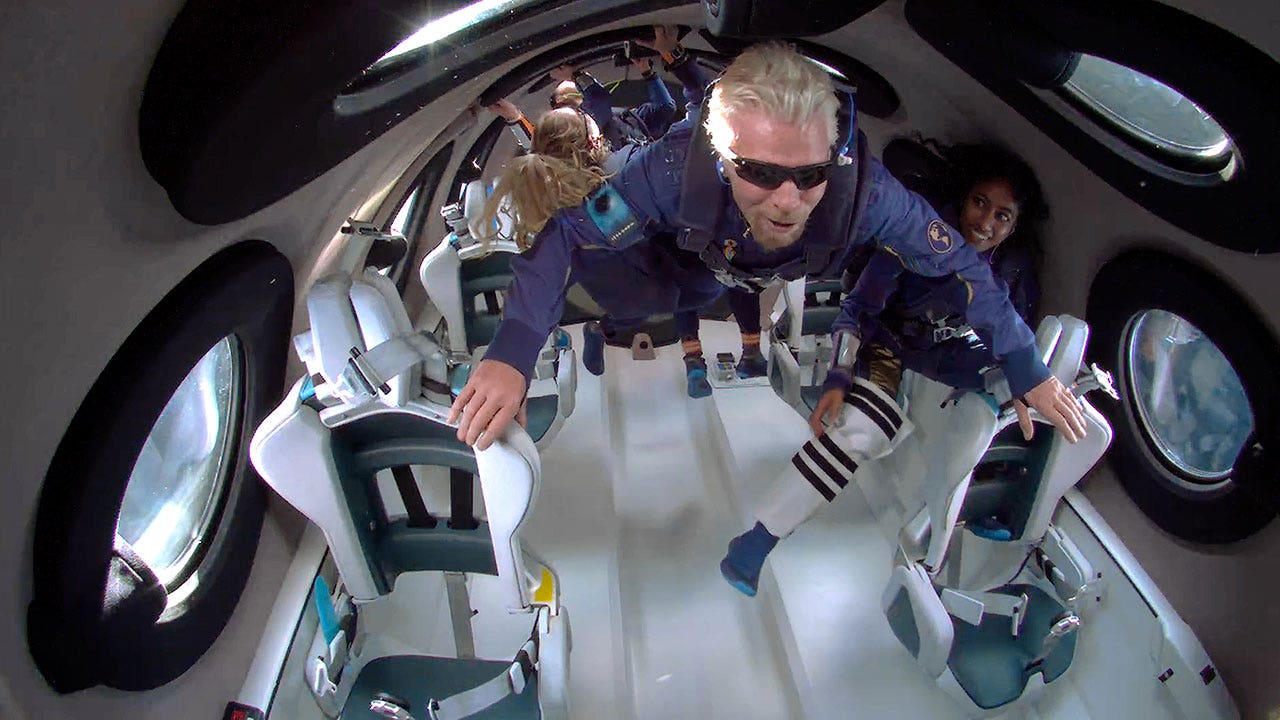 A mother and daughter from Antigua and Barbuda in the Caribbean were flying high Tuesday. That’s after winning two tickets on board a future Virgin Galactic commercial spaceflight in an Omaze sweepstake.

Keisha Schahaff, a health and energy coach, said she entered the sweepstake because she dreamed of taking her astrophysicist daughter into orbit.

“My daughter is studying STEM and wants to work at NASA, and I hope to share this experience with her because it would be an incredible dream come true for both of us, for our entire family,” Schahaff told People.

The sweepstakes was organized by Virgin Galactic and entered by 164,338 hopeful space cadets from around the world. It raised $1.7 million for non-profit Space for Humanity. As its name suggests, the organization is dedicated to “expanding access to space for all of humanity.”

The Schahaffs are likely to be the first born-and-bred Caribbean Islanders in space when they eventually have liftoff.

It’s yet to be determined exactly when that will be, although Virgin Galactic has said they will be among the first in line.

The company presold 600 tickets between 2005 and 2014, and 100 more since tickets were relisted earlier this year at $450,000 each. Virgin hopes to begin the first commercial launches next year.

To be the first astronaut right now from the Caribbean Islands is such an honor,” said Schahaff. “I want to bring the flag of Antigua and Barbuda to space with me. Right now, I’m trying to live in the moment, take it all in and I hope my daughter and I – as future astronauts – can be an inspiration for women and girls everywhere.”

Schahaff was doorstepped with news of her prize by Virgin founder Richard Branson in-person, who conveniently owns his own private island 200 miles northwest of Antigua and Barbuda.

Branson made history when he hopped aboard the company’s Unity 22 launch to become the first civilian on a privately funded space mission.

The flight was deliberately rescheduled so he could beat rival billionaire Jeff Bezos to that claim by nine days, although Bezos went 16 miles higher above the earth’s surface. The Amazon founder scored yet more points back by taking 90-year-old William Shatner up three months later.

A month before Shatner’s trip, Elon Musk’s SpaceX raised the stakes in the billionaire space-race. They did so by launching a four-person, all-civilian crew into orbit, significantly higher than Branson’s and Bezos’ suborbital flights.