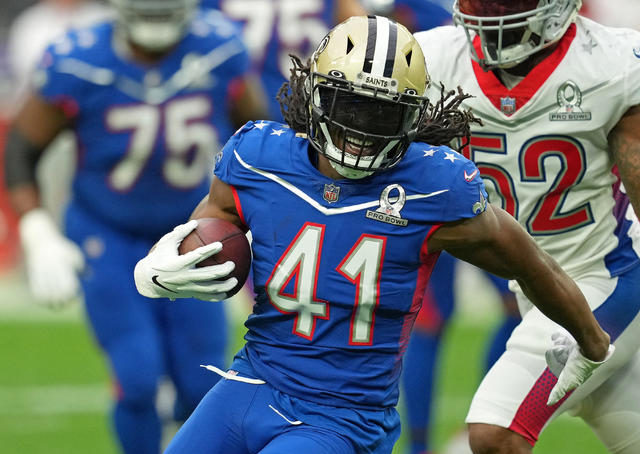 While the Super Bowl was a week away, the Pro Bowl filled some of the football void. There was sufficient NFL news to keep fans engaged, both on and off the field.

The biggest event was the game itself, the Pro Bowl in Las Vegas. It isn’t what it was in terms of competitiveness when the game was annually played in Hawaii. It’s devolved into a game of two-hand touch, the Pro Bowl offering the intensity of a regular-season Friday walk-through.

While the game itself wasn’t terribly exciting, we did get to see a few experimental rules. In place of an onside kick, teams could elect to try and convert a fourth-and-15 from their own 25-yard line. Attempted eight times, it failed eight times.

As for betting on the Pro Bowl, NFL odds installed the winning AFC side as the modest 1½-point favorites — which they covered with ease winning 41-35 — while the total of 64½ flew to the over on two NFC fourth-quarter touchdowns.

On a personal note, we turned on to watch this game and made it about 90 seconds and through two non-tackle grabs before we turned it back off. This game needs to be terminated. The Pro Bowl from now on should just be an honor bestowed on best players and not a game where they actually play.

It wasn’t such a great weekend for Alvin Kamara. The Pro Bowl running back from the Saints did play in the game Sunday, but shortly afterward was arrested for an incident that took place the day before.

The arrest by Las Vegas police was for battery resulting in substantial bodily harm, the crime allegedly committed Saturday at a nightclub.

LVPD responded to a call at a hospital Saturday, where they met a victim who alleged the battery. Following an investigation that evening and Sunday, the police decided to arrest Kamara after the game.

Kamara spent Sunday night in the Clark County jail, first appearing before a judge Monday. His bail was set at $5,000.

Having fired the defensive-minded Brian Flores shortly after this season ended, the Dolphins are going in a new direction, hiring the innovative offensive mind of Mike McDaniel to be their new head coach.

McDaniel has 15 years of coaching experience, but served just a single season as the offensive coordinator in San Francisco. However, he has been connected to Kyle Shanahan since the beginning of his coaching career, in 2006 with the Houston Texans.

McDaniel later coached under Mike Shanahan in Washington, was an offensive assistant under Kyle Shanahan in Atlanta, then served as the run-game coordinator in San Francisco for three years before last year’s promotion to OC.

McDaniel is biracial, and because he is a minority hire, the 49ers will get a third-round compensatory draft pick both this year and next.

Still, the Dolphins sit as a bottom-tier team on the early NFL Super Bowl LVII odds (for next year) at +5000.

It didn’t matter who the Jaguars hired as their next head coach. The most important man on the team is, and was going to remain, Trevor Lawrence. Owner Shad Khan was nevertheless happy to see his quarterback happy about the hiring of former Eagles’ head coach Doug Pederson.

“We’re really excited,” Khan said. “Obviously, he’s had a lot of success. His resume kind of speaks for itself. He’s an offensive guy and played quarterback in the NFL. All of those things make me really excited.”

It was under Pederson that Carson Wentz played his best football, looking like an MVP. When Wentz eventually went down, Pederson won the Super Bowl, beating Bill Belichick with Nick Foles as his quarterback.

Pederson is now charged with unlocking the huge potential of last year’s No. 1 overall pick. His expectations based on NFL odds are not great, with the Jags offering a price of 125-to-1 odds to win next year’s Big Game.

2022-02-09
Previous Post: Billion Dollar Super Bowl Betting! • This Week in Gambling
Next Post: Is Betting on Virtual Horse Racing on the Rise?