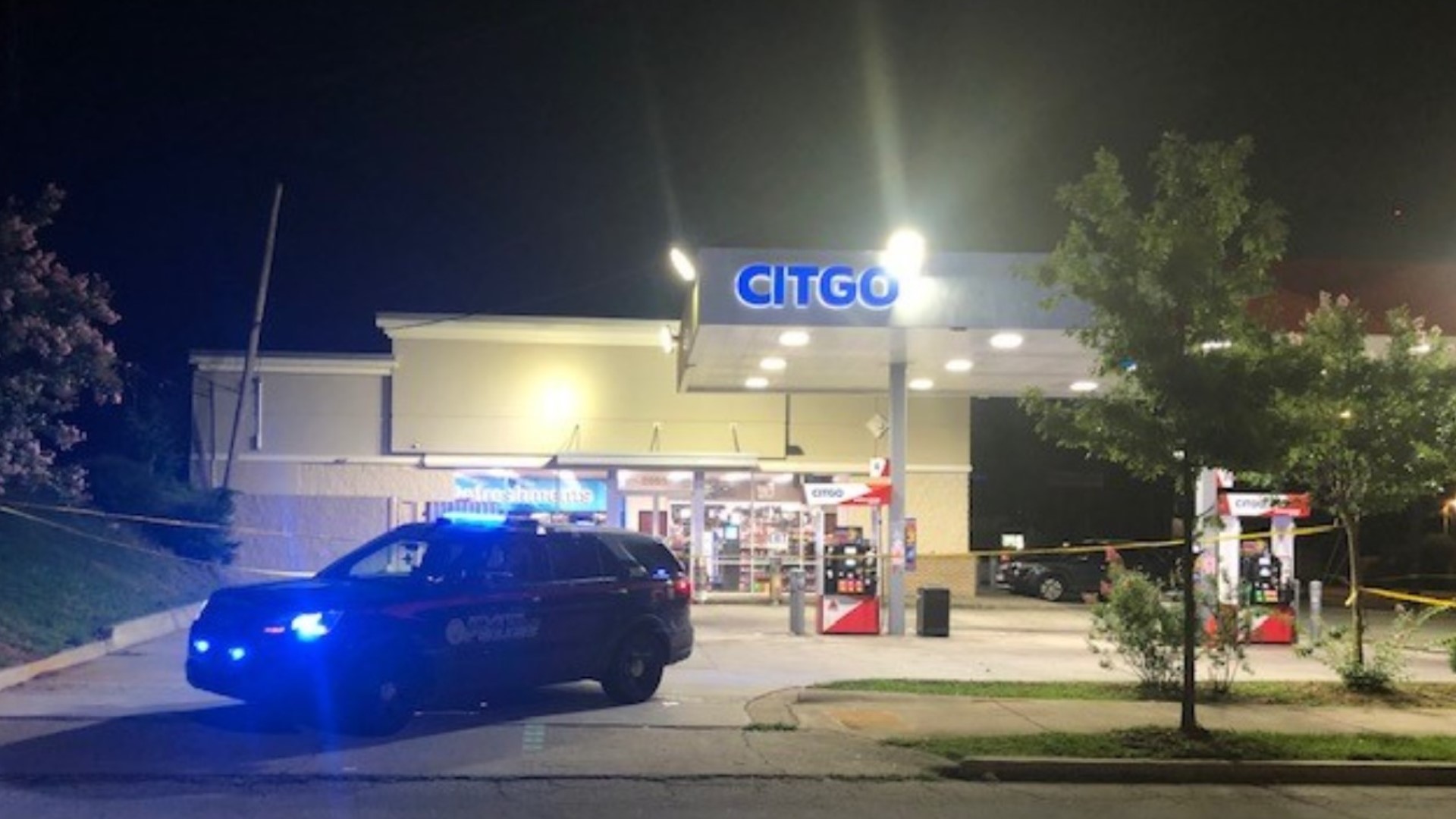 A man was wounded several times early Tuesday at an Atlanta gasoline station. He had just won a “significant” amount of money gambling, and may have been targeted by the suspect, police revealed.

The motive behind the shooting initially appears to be robbery. The two apparently got into a struggle after the robber demanded his money.

After shooting the victim, the suspect ran from the Citgo station. Initial reports say the bandit fled without getting any of the victim’s cash.

The victim was inside of the store playing a gambling machine when a suspect approached him and demanded money,” Atlanta police said in a statement. The victim had won a “significant amount of money” on Monday, cops said.

“A physical dispute ensued between the victim and suspect which resulted in the suspect shooting the victim multiple times,” police further revealed.

The bandit was still on the lam as of late Tuesday. He may have been wearing dark clothes during the attempted robbery.

The victim was rushed to Atlanta’s Grady Memorial Hospital. He was listed in stable condition later on Tuesday, according to WAGA, an Atlanta TV station.

“He was alert, conscious and breathing and transported to the hospital for treatment,” police said in the statement. The injuries did not appear to be life-threatening, according to the Atlanta Journal-Constitution newspaper.

Ironically, the shooting comes the same week as Atlanta City Council members are looking into how to curb crime at gasoline stations and nightclubs, WXIA, another Atlanta TV station, reported.

One option under review is to require gasoline stations to have a surveillance camera aimed at each pump. The video could be transmitted to the Atlanta Police Department (APD).

Council members also could enact a regulation that would close a gas station if it is frequently targeted for robberies.

In an unrelated incident in May, a gambling disagreement turned into a deadly shooting at an Atlanta apartment complex. A 32-year-old man died from his wounds.

Another man, believed to be 31-years-old, was named a person of interest. He was apprehended by APD officers. It was not clear if he was ever charged for the crime.

At least one handgun was seized by officers at the crime scene.

The argument led to the shooting, Lt. Ralph Woolfolk, commander of APD’s homicide unit, told the Journal-Constitution. The case was being investigated as a homicide.

In an unrelated case, last year three men pled guilty in connection with an alleged illegal sports betting operation in Georgia. The scheme allegedly used two legitimate businesses for the operation, according to statements from federal officials.