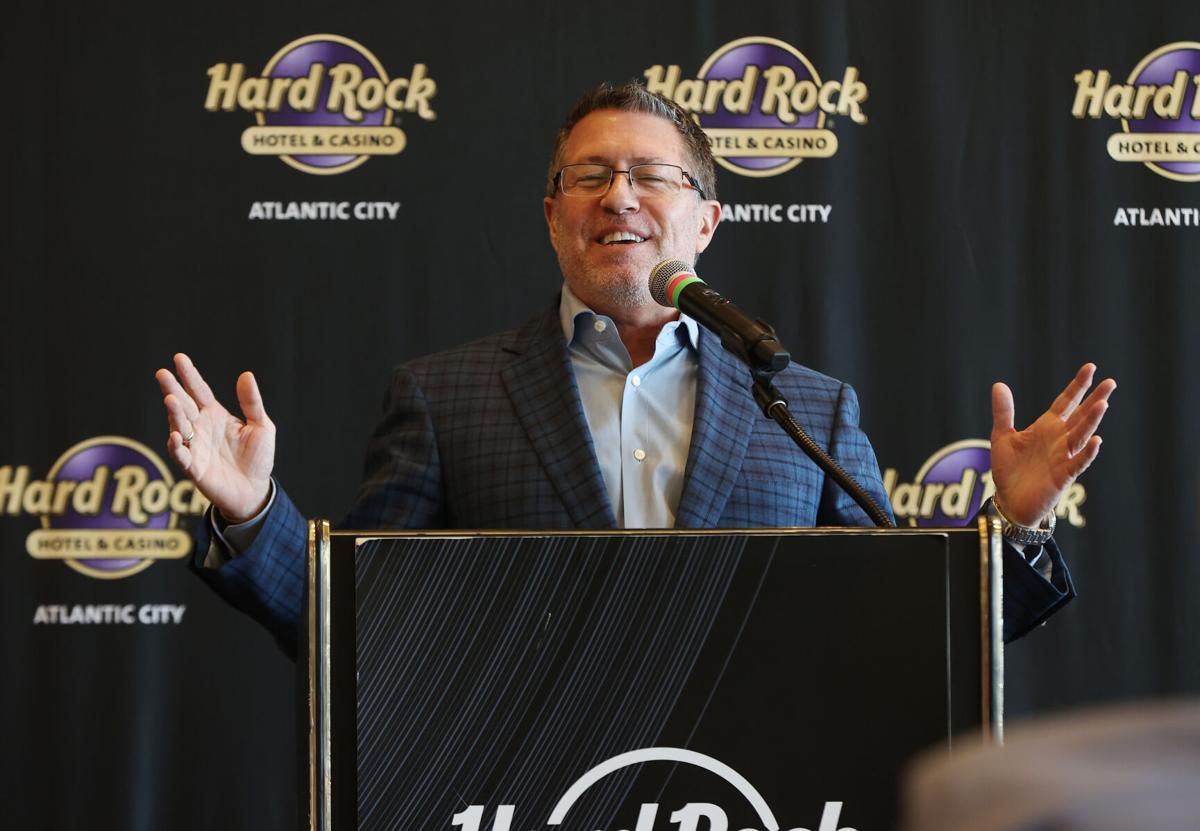 The Atlantic City casino smoking debate boils down to this: the health of employees versus claims from the industry that extinguishing indoor cigarettes could result in as many as 2,500 jobs being eliminated. With such grand consequences on the line, the continued back-and-forth between the major parties involved is reaching a boiling point.

Hard Rock Hotel & Casino Atlantic City President Joe Lupo talks about the future of casinos in Atlantic City on Wednesday, February 23, 2022. The gaming executive is taking heat for comments he made during his speech regarding efforts to prohibit smoking on casino floors. (Image: Press of Atlantic City)

Joe Lupo is president of Hard Rock Atlantic City and also heads up the Casino Association of New Jersey (CANJ). The trade group that represents all nine Atlantic City casinos is adamantly opposed to legislative efforts to end indoor casino smoking in 2022.

Industry officials claim now is simply not the time, as the brick-and-mortar resorts are still in their early COVID-19 recoveries. But many casino workers say the health and well-being of casino workers should take prescedence.

Little by little, state lawmakers are getting behind legislation that seeks to end the clean indoor air exemption. That’s been afforded to Atlantic City casinos since New Jersey passed its smoke-free law in 2006. Assembly Bill 2151 and Senate Bill 264 are identical pieces of legislation that would terminate indoor casino smoking.

The Public Relations Council of Greater Atlantic City held a luncheon this week titled, “Facing the Challenges and Opportunities in the Atlantic City Casino Gaming Industry.” The event was hosted by Lupo’s Hard Rock, where he was the guest speaker.

Lupo discussed an array of issues, including the smoking ban debate. He said it’s likely that at least one casino would close should indoor smoking be prohibited. The Hard Rock president also took issue with casino workers walking the Boardwalk last July in protest of New Jersey Governor Phil Murphy (D) ending his indoor casino smoking ban directive. That was instituted during the height of the pandemic.

It’s a really tough issue. I don’t believe that 30 people walking down the Boardwalk represents the 21,000 employees that are employed in the casinos,” Lupo said.

The Hard Rock exec went on to say that most of his employees do not work in smoking areas. Lupo added that its casino smoking space measures roughly 30,000 square feet, while the total square footage of the entire resort spans four million square feet.

Joe Lupo should not be mocking casino employees who simply want a safe workplace. Whether it’s 30 workers or the thousands who have joined CEASE, we deserve respect and a voice in our own health and safety,” said Pete Naccarelli, co-founder of CEASE.

CANJ unveiled its commissioned study this week into what a smoke-free Atlantic City casino industry would look like. The review concluded that a smoking ban would jeopardize up to 2,500 jobs and result in gross gaming revenue tumbling around 11%  in the first 12 months post-enactment.

“Joe Lupo is leading the fight to keep forcing us to breathe secondhand smoke on the job, employing tired scare tactics, and hanging on to outdated business practices. Joe Lupo owes an apology to the thousands of Atlantic City casino workers who are bravely speaking up against casino bosses like him,” Naccarelli concluded.