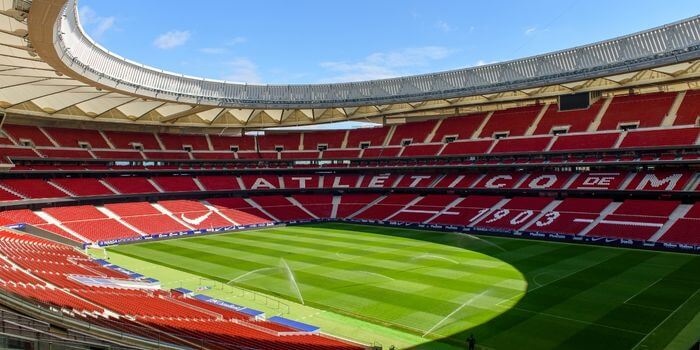 The first La Liga round of 2023 brings us a couple of very exciting matchups, the most exciting of which is Atletico Madrid vs Barcelona. Duels between these two are always fun to watch for the fact that both have immense talent on the roster.

This time, it could be even more thrilling than usual, considering that both teams need points. Barcelona needs a win in order to stay on top of the table, while Atleti could get to the no.3 spot with a win on Sunday.

Barca Clinging onto the No. 1 Spot

On the last day of 2022, Barcelona drew 1-1 with Espanyol, which came as a huge shock as they were -500 favorites. Not winning that game meant that Real Madrid was able to get to even points with them. In fact, the only reason why Xavi’s team is still sitting top of the table is that they got a better score difference than the reigning champions.

The reason why they failed to beat their intercity rivals is that they just couldn’t break Espanyol’s defensive wall more than once. Barca had 21 goal attempts, but only one of those went in. Further, they had the ball in their possession 77% of the time.

We expect to see something similar in Sunday’s game, but that exactly is what needs to worry their fans. The thing is that Atletico Madrid might have the very best defense in the league.

Atleti to “Park the Bus” on Sunday

Barcelona is the team that’s conceded the fewest goals in La Liga this season. The reason behind this is that their midfield has been the dominant force throughout the season, not allowing the opposition to create many goal chances.

When it comes to Atletico, their defense has been as good as always. They’re conceding under 1.0 goals per game, which is no surprise knowing how good their defenders are. We did, however, see them allow some unexpected goals in a couple of games last year. For instance, they conceded three goals to Cadiz CF in October.

The good news for Atleti fans is that in their first game of 2023, they kept a clean sheet – they defeated Elche 2-0.

Barca beat Atletico only once in their previous five duels played in Madrid. Plus, the previous two Atletico vs Barcelona games at Metropolitano Stadium were won by the hosts. We think something similar might happen this Sunday as well. Atleti has experience on their side, not to mention that the fans are going to give them an extra boost if they need it.

Picks: Atletico Madrid and under 2.5 goals