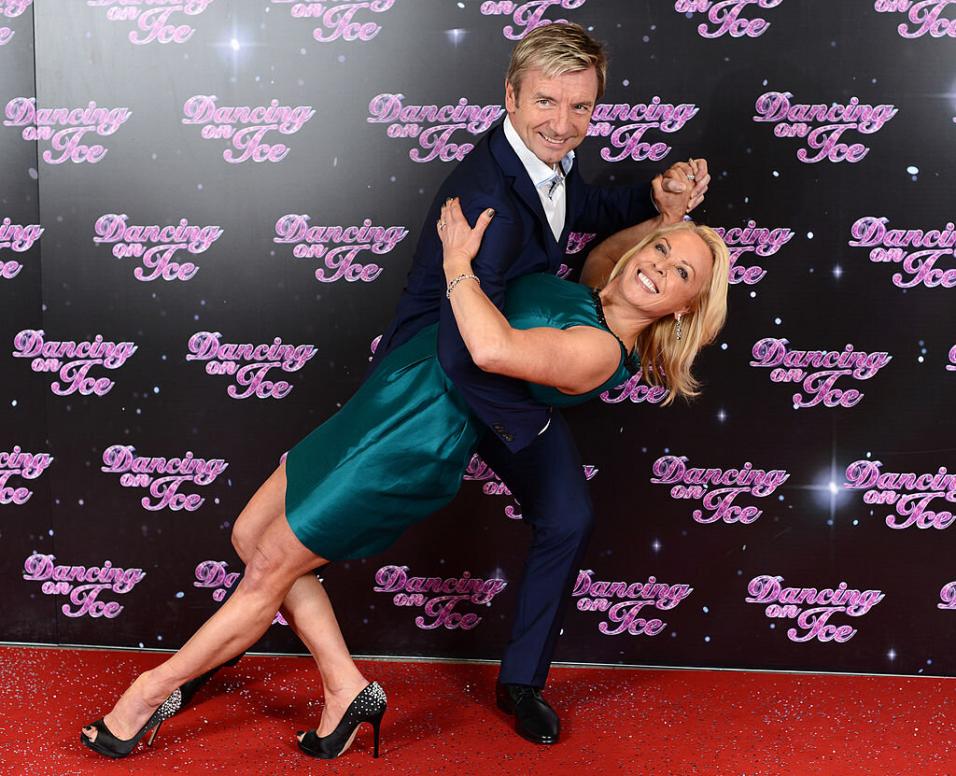 Back Kimberly Wyatt to be crowned the 2022 winner

Dancing On Ice (DOI) is a show you should always trade with a degree of trepidation. Last year’s DOI was carnage with contestants and pros dropping like flies throughout, either due to injury or Covid.

This is the new reality for Specials traders, and with ice dancing coming with its own inherent risks, the jeopardy attached to this show has been ratcheted up even more post-pandemic.

The show is long, long overdue a female winner. Since it returned in 2018 we have had four male winners on the bounce. And you have to go back to 2013 and Beth Tweddle for the last woman to triumph.

I suspect the BBC would simply not allow five consecutive male winners on Strictly but the modus operandi of this ITV show is much less clear cut.

Riddle wrapped in a mystery inside an enigma

ITV seems not to mind a close final, and based on the last few finals it could be argued it doesn’t care that much who wins.

The domination of male celebrities winning the show, which now stands at 8-4 across 12 series – excluding 2014’s ‘All-Stars’ series, also won by a male skater, Ray Quinn – can be read as a significant in-built advantage for men on the public vote. But when you look back over the years, the truth of the matter is, the show has rarely been able to unearth female contestants good enough on the ice to compete for the win.

Faye Brookes looked the right photofit of a potential female winner last year. But after her pro partner Hamish Gaman withdrew following injury it appeared as if something sinister went on behind the scenes that led TPTB (the powers that be) to choose to deny Faye the win, despite her being the outstanding ice dancer in the series.

Regardless of changing pro partners to Matt Evers, and some curious nit-picking from the judging panel, social media indicators suggested Faye had more than enough support with viewers to potentially win the series, granted the endorsement of producers.

And yet, come the final, TPTB blatantly and point blank refused to back her, allowing Sonny Jay to take the victory, probably on a close vote (voting figures were not released last year). Intriguingly, Hamish Gaman has since been axed from the show.

Last year’s series was certainly one of the most perplexing you will ever witness and hardly instills confidence ahead of this year’s series. Adding to the mysterious machinations of DOI, pro skater Vanessa Bauer appears to be granted enormous favouritism and has been given a strong contender every year she has taken part on the show.

Lo and behold, this year Vanessa has been paired with the most blatant of ringers in the shape of former Strictly pro dancer Brendan Cole (45).

Brendan has already been posting training clips on Instagram which make him look like a budding Evgeni Plushenko, so if you take him on in the Betfair winner market you are very likely going to be carrying that red all the way to the final.

The precedent for those seeking to oppose Brendan Cole is Perri Kiely not winning the show in 2020 despite being head and shoulders the strongest skater in that series. And the fact another former Strictly pro, James Jordan, won DOI in 2019, also makes you wonder whether the producers might be keen to avoid Brendan winning, but as has been stated already, DOI isn’t a show you can feel confident in regarding how it is managed by TPTB.

With Brendan likely to set such a high bar, there is probably room for the show to pitch his main skating rivals as improving, ‘journey’ types which could play out well for those who start well but produce a standard a notch or two below him.

Cole isn’t alone in having professional dance credentials heading into this series but he is likely to be the one besmirched with the ringer tag. Paul ‘Gazza’ Gascoigne’s son Regan (25), paired with Karina Manta, is also a professional dancer and has appeared in stage productions including The Nutcracker with the English National Ballet.

Regan, too, has looked the part in early training clips. He recently came out as bisexual and the chance of his famous dad making appearances on the show, suggest Regan could generate a lot of positive sentiment across the series. Given he is currently available to back on Betfair a point or two bigger than Brendan Cole, he has to be one of this year’s selections at anything around 5.49/2 or bigger.

The third of the dance pro triumvirate taking part in this year’s series is The Pussycat Dolls’ Kimberly Wyatt (39). Aside from her dance acumen performing as part of the American girl group, one key asset Kimberly possesses is remarkable flexibility. Looking at her Instagram posts, she is as supple as an Olympic gymnast and teamed with Mark Hanretty, they look like being a potentially top notch ice dance pairing. 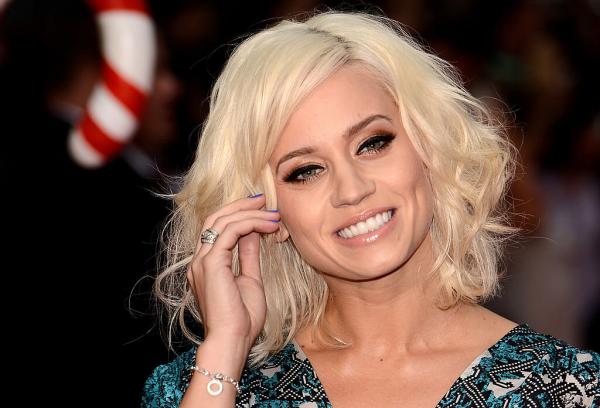 There would, naturally, be some public vote concerns regarding US-born Kimberly but a recent outing on Richard Osman’s ‘House Of Games’ showed her in a good light and she has lived in the UK for over 10 years now, so has adopted Brit status. She is also a mum with three young kids which means she can potentially be sold as such to female viewers and voters.

In eight of the last nine series, excluding the ‘All-Stars’ series in 2014, two male celebs and one female celeb have made the final of DOI.

Given Kimberly looks like being the strongest female skater in this year’s series, she merits Back status on Betfair at 8.07/1 or better.

Former Love Island contestant, Liberty Poole (21), on the other hand, looks too short in the market as things currently stand. She has some ice skating experience lurking in her background and earned popularity with last year’s Love Island audience, mainly due to being coupled with Jake ‘The Snake’ Cornish.

In what looks the most competitive field ever assembled, Kye Whyte (22) is expected to prove himself an accomplished ice skater too. An Olympic BMX racer, he is likely to be fearless on the ice and has already stated he is in it to win it. Paired with newcomer to the show and three-time Hong Kong champion Tippy Packard, the worry here is a public vote shortfall, not dissimilar to the one encountered by Rhys Stephenson paired with Nancy Xu in last year’s Strictly.

A Reach for Rachel to win?

There doesn’t appear much room for a proper ‘journey’ type to emerge given the strength of this year’s field, which is the main concern with Rachel Stevens (43), paired with Brendan Hatfield. 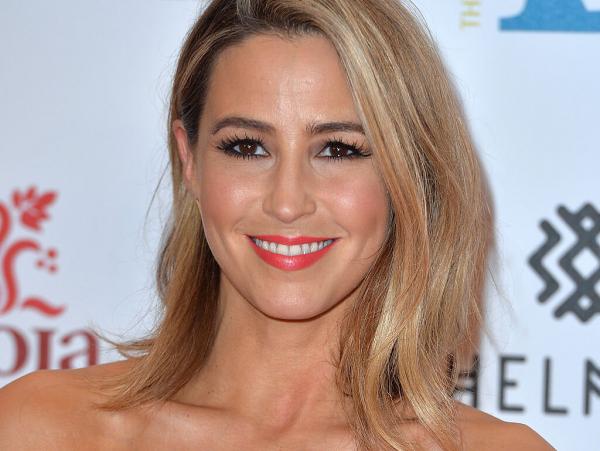 The former S Club 7 member is now a mother of two and she was runner-up in Strictly back in 2008. You can see some potential voting appeal with Rachel but as you get older you inevitably get more cautious and there is likely to be a clear ceiling with her ice skating ability.

Former England rugby union star Ben Foden (36), paired with Robin Johnstone, has managed to earn a ‘love rat’ status among the tabloids. He may be respectable enough on the ice but is happily passed over in this calibre of field. There has already been some Ben vs Brendan rivalry teed up by the red tops which is unlikely to play out well for either of them.

Paralympic athlete, Stef Reid (37), paired with Andy Buchanan, will inevitably earn plenty of good will. Her right leg was amputated below the knee following a boating accident, and she will skate with a prosthetic leg. Despite earning the admiration of viewers, the clear concern would be that she will be unable to achieve the skating ability required to reach the show’s latter stages.

Coronation Street actress Sally Dynevor (58), paired with Matt Evers, is a perfect voting fit with the ITV audience and we have seen past Corrie actresses out run their ability on the ice due to public support. But there is simply no way Sally will be good enough on the ice to compete for the win.

Ria Hebden (39), paired with Lukas Rozycki, is a well-known TV presenter on shows such as Lorraine and Sunday Morning Live.

Among this year’s field Ria looks the ultimate also-ran and could come firmly into first elimination calculations. 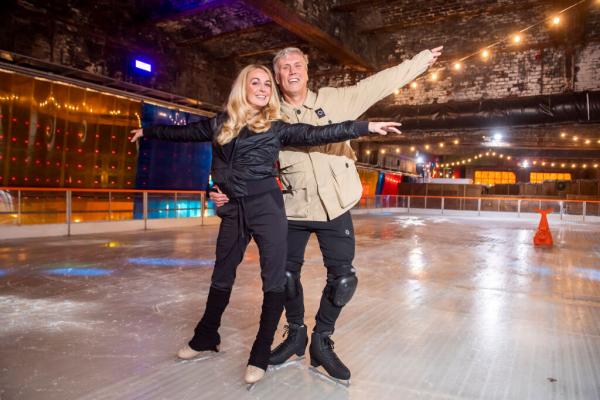 Being a hopeless but utterly charming duffer should equate to public votes galore, so while having no chance of winning the show, don’t underestimate Bez’s potential to escape early elimination.

Keep your eye on the Ball

The Vamps bassist and singer, Connor Ball (25), is paired with Alexandra Schauman, who won DOI in 2019 paired with James Jordan. He has shown a decent level of skating in his Instagram posts and as a young, handsome frontman of a rock band he has possibilities due to the likelihood of a solid public vote, but he may find it hard to make the leap into contender status.

Available to back around 14.013/1 on Betfair, Connor might prove a decent trade but he will probably need one or two of the stronger looking contenders to fall by the wayside due to Covid or injury to end up in the running for the win.

While Joe Swash and Sonny Jay were, skating-wise, under-par winners of the show in the last two years, defeating more talented finalists in Perri Kiely and Faye Brookes respectively, (Swash only sneaking the win 50.53% to 49.47%) lightning seems unlikely to strike for a third successive time given the strength of this year’s field.

As usual, they will split the field over the first two weeks, and six couples will compete in the opening show on Sunday, the other six the week after. The first six to skate on Sunday are scheduled to be Brendan, Kimberley, Kye, Sally, Ria and Bez.

Looking at that week one field, TPTB will probably fancy Bez to hang around a while so Ria could well find herself in trouble. If she ends up last on Sunday, she will at least have an extra week to prepare her skate-off routine for week 2.