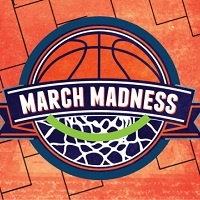 It may not be traditional March Madness betting, but Bally’s Interactive has announced the launch of their Bally Bracket – which is a free-to-play game awarding a jackpot prize of $100 million to the lucky players who correctly pick all 63 games of the NCAA Men’s Division I Basketball Tournament! The Bally Bracket will also award $100,000 in additional cash prizes, given out at random and in the following increments: (i) one $50,000 winner; (ii) one $25,000 winner; (iii) two $10,000 winners; and (iv) one $5,000 winner.

“The NCAA tournament is always an enjoyable time of year as people gather to cheer on their favorite teams,” said Adi Dhandhania, COO of North America for Bally’s Interactive. “Bally’s has been a brand synonymous with fun for decades, so we developed an engaging free-to-play game for fans to participate in and have an opportunity to win $100 million. We are excited about our partnership with Sinclair Broadcast Group and will be using their massive media footprint to promote the Bally Bracket game.”

Tournament games draw record crowds, huge television ratings, and endless online chatter among fans. Over the years, March Madness betting has seen millions try (without success) to predict a perfect bracket since the field expanded to 64 teams in 1985. The closest attempts have been tripped up at the Sweet 16 round. Still, fans all over the country, from average players to sitting presidents, continue to try their luck each year.

Bally’s will utilize its media partnership with Sinclair Broadcast Group as a promotional channel for the game. Sponsored segments on Sinclair’s local TV stations, its Bally Sports regional sports networks, and digital media sites will keep viewers updated as brackets bust and hearts sink with each passing round.

Game registration opens today, and people can begin filling out their brackets after the field is set on Sunday, March 13. The contest closes when the first Round of 64 game tips off on March 17. The game is available on the Bally Bracket Game website, and via Bally Sports. Players can also scan the QR code shown on televised segments or text BRACKET to BALLY (22559) to register.

The Bally Bracket March Madness betting game is a product of Sport Caller, a division of Bally’s Interactive known for its free-to-play (F2P) games. Its range of prediction games gives fans an easy – and free – way to test their sports knowledge while competing for prizes. To play Bally Bracket eligible participants must be at least 21 years of age. Additional terms apply.

2022-03-11
Previous Post: Dan Bilzerian Fired by GGPoker on International Women’s Day
Next Post: March Madness Betting Picks: Teams That Could Be Selected As No.2 Seed