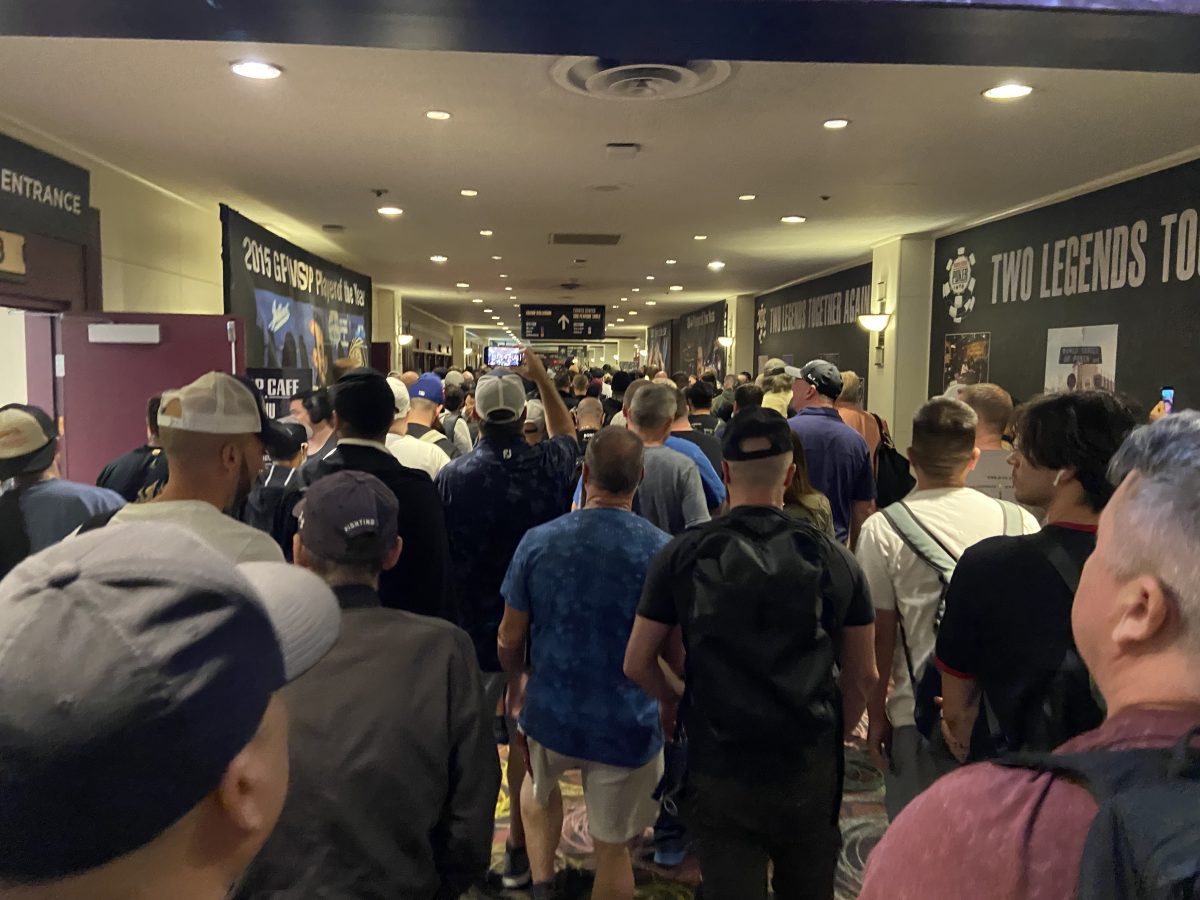 Early player reviews from the World Series of Poker have been mostly positive when comparing the new location to the series previous home at the Rio All-Suites Hotel & Casino. But one’s comfort level can vary greatly depending on whether they’re playing in the more luxurious tournament area at Paris or the tighter quarters at Bally’s.

The walk from the WSOP tournament areas at Bally’s offers tighter hallways than what players experienced at the Rio. (Image: Johnny Kampis/CardsChat)

Fortunately, most action takes place at Paris since it has the largest convention space available of the two casinos. This is home to the bigger buy-in tournaments, all Day 1 starts, cash games, daily deep-stack tournaments, and single-table satellites. The wide hallways and large space can accommodate thousands of players, with plenty of space between tables. The bathrooms are also much larger than what was found at the Rio. Smokers complained they had to walk too far to the outside space designated for puffing, but that’s a minor complaint in the scheme of things.

On the other hand, Bally’s Grand Ballroom, home of Day 2 restarts and Day 1 overflow traffic, isn’t a comfortable environment. The space is tighter and air conditioning issues caused the room to get very hot during the first week of the series. (At least water coolers have been set up in the tournament room so that players can grab their own water, as necessary). The one bathroom servicing the ballroom isn’t large enough to accommodate the number of players in the room, and the lone narrow hallway makes for a slow walk to the casino proper during breaks.

Bally’s Events Center, where the “mothership” is set up for televised final tables, offers a better experience than the Grand Ballroom, but still has just one bathroom and is a bit warm. (Workers set up industrial fans in the doorways leading between the Events Center and Grand Ballroom to increase airflow.)

And as CardsChat’sChris “Fox” Wallace noted in his recent report, players always find plenty to complain about, even if they’re happy overall with the WSOP’s move to the Strip.

Hopefully, as the series marches toward the Main Event, WSOP officials will find solutions to provide a more comfortable playing situation for poker aficionados headed to Las Vegas this summer, no matter which casino they’re playing in.

Johnny Kampis — the author of “The Essential Guide to Vegas during the World Series of Poker” and “Vegas or Bust: A Family Man Takes on the Poker Pros” — has been making the summer trek to Las Vegas from Alabama since 2004. When not playing poker, he’s a professional journalist who’s written for American Spectator, Fox News, HuffPost, Watchdog.org, and many others. He currently writes for the Taxpayers Protection Alliance and serves on the FCC’s media advisory panel.