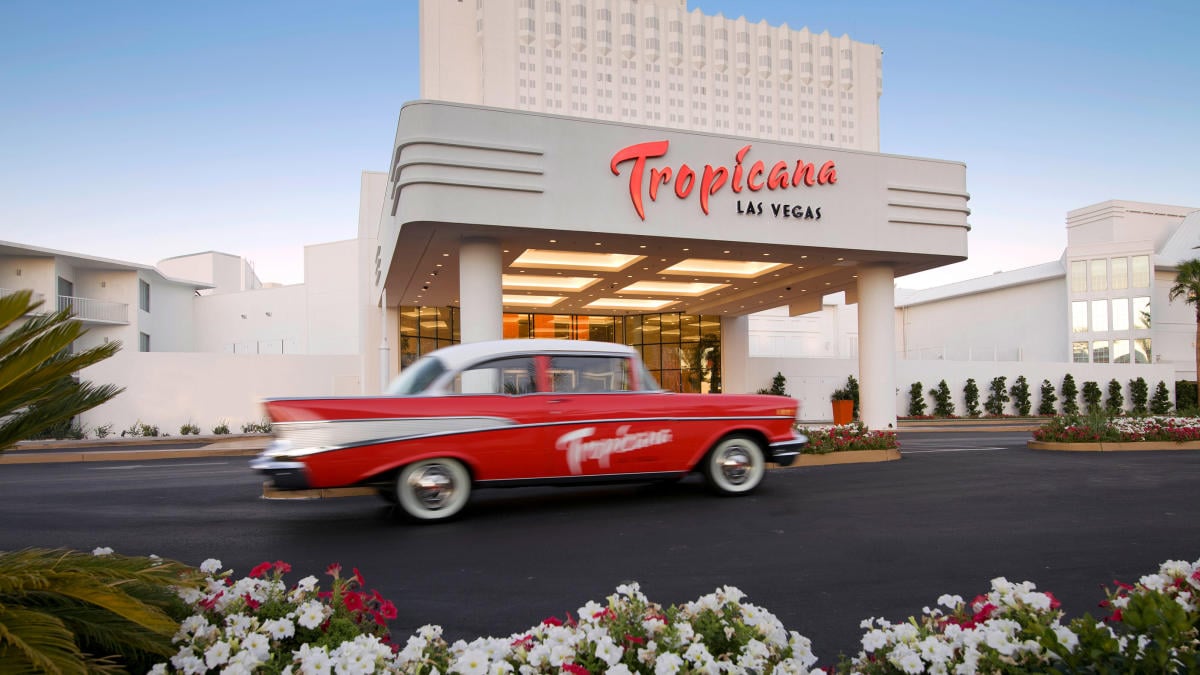 Bally’s (NYSE:BALY) won approval  from Nevada regulators to run the Tropicana Las Vegas and the gaming company is targeting a major overhaul of the property, potentially in 2024.

In April 2021, Bally’s acquired the Tropicana’s non-real estate assets from Gaming and Leisure Properties (NASDAQ: GLPI) in a transaction valued at $308 million. As part of that deal, the gaming company sold the property assets of venues in Colorado and Illinois to the GLPI real estate investment trust (REIT) and agreed to lease back those properties. Bally’s has a 50-year lease for Tropicana starting at $10.5 million annually.

Penn Entertainment (NASDAQ:PENN) previously operated the integrated resort. With the regulatory approvals in place, Bally’s makes its initial foray to the Strip while Penn no longer has a venue there.

Bally’s President George Papanier told NGC members that the company views Tropicana as its “flagship” gaming venue in the western US. In addition to Tropicana, Bally’s properties in the region include three namesake casinos and a racino in Colorado as well as Bally’s Lake Tahoe.

Those are nice satellite holdings, but the Las Vegas Strip is a different ballgame. As such, Bally’s needs to assert itself in the US casino mecca and one way of doing that is to dramatically refurbish Tropicana.

But in this case, we think we should also evaluate the potential for a complete redevelopment, because of its competitive position in the market right now,” Papanier told the NGC.

He said to the regulatory board that the company will run Tropicana for 18 to 24 months before making a decision on how to proceed with redevelopment, adding the operator is already in talks with prospective partners that could provide capital for an overhaul effort.

Earlier this year, Bally’s Chairman Soo Kim told reporters the company is eyeing significant changes at Tropicana and that a demolition and rebuild of the property is possible. One thing is for certain: Tropicana will eventually bear the Bally’s name. With the exception of the Hard Rock Hotel & Casino in Biloxi, Miss., all of the operator’s venues sport the Bally’s brand.

As for Gaming and Leisure’s view on redevelopment, they’re not on the hook in terms of financial exposure, but the real estate company is prioritizing rent collection and the venue remaining a gaming property.

At the meeting, NGC member Ben Kieckhefer pressed Bally’s executives on the company’s finances, asking for details on how the operator plans to balance Tropicana refurbishment while developing a new, $1.7 billion casino-hotel in Chicago.

“I think at the end of the day, it (Tropicana) will be a self-fueling opportunity from a capital-requirement perspective. We certainly have the bandwidth in our company to do that,” said Papanier.

Bally’s CFO Bobby Lavan told commissioners the company has access to a $620 million credit revolver and has cash incoming later this year from the sale-leaseback of its two Rhode Island casinos to GLPI.