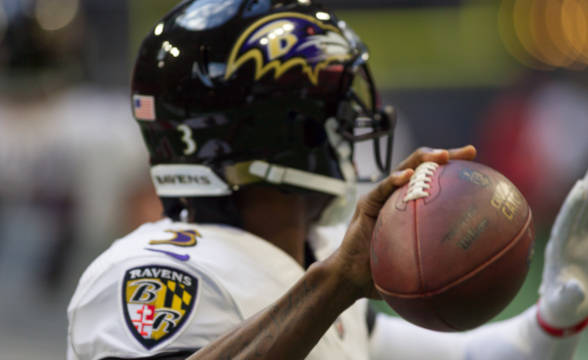 The Baltimore Ravens are hoping they’re going to do better in 2022 than they did last year when they went 8-9, missing the playoffs for the first time after three years. What’s got to worry them is that their 2022 schedule looks very ugly, although there are some winnable games on the list, including the one against the New York Jets in Week 1.

Oddsmakers see the Ravens as six-point favorites on Sunday, when they travel to Big Apple to play their first away game against the Jets since 2016.

It’s All About Lamar Jackson

The Ravens’ top receiver in the 2021 season, Marquise Brown, was traded away to the Arizona Cardinals during the offseason. Further, Baltimore is also without its leaders in rushing yards from the last season – Latavius Murray and Devonta Freeman.

As if that wasn’t enough, the Ravens also have some injury problems in the rushing department, with J.K. Dobbins and Gus Edwards still being sidelined.

What this all means is that Baltimore’s quarterback Lamar Jackson will be the man in charge of both throwing the ball and charging forward with it. Knowing that he’s a Swiss knife of a quarterback, Jackson is likely to do his job well. But will Jackson’s effort be enough to bring a win to the Ravens in Week 1?

Last season, the Jets went 4-13, missing out on the NFL Playoffs action for the 11th time straight. This season too, we probably aren’t going to see them get to the postseason. However, they might win a few more games than they did the last season.

The thing is that they’ve improved their roster a lot over the last couple of months. Their defense looks better than before thanks to the addition of their first-round draft picks Ahmad Gardner (cornerback) and Jermaine Johnson (defensive end).

Their offense should also do better than last season, considering that their key men are a year older and much more experienced than before. Quarterback Zach Wilson, for example, is making his 14th career start in the NFL on Sunday.

The Ravens are a better team, there’s no doubt about that. However, we think they’re going to struggle a lot against the New York Jets on Sunday. They might get a win in the end, but we doubt they will cover the spread.