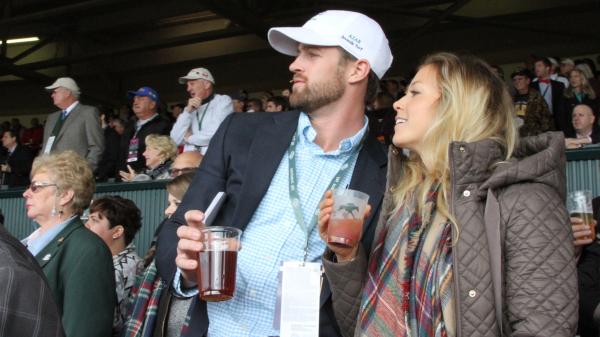 #5 Spartina: This filly entered her debut off three bullet works and looked like she was in with an outsider’s chance to hit the board in her first career race. Unfortunately she broke slow and that really cost her any type of placing, as she got shuffled back and could not find racing room late.

Saturday she gets to try her luck with just three weeks off in between outings. Along with being raced back quickly she gets a top pilot in Joel Rosario on board. This adds to the appeal. I’m hoping she can be handled aggressively early on and hit the board at big odds.

#1 Ironstone: This colt comes into Saturday’s contest riding a two-race winning streak. In both of his victories he was able to get to the front end, show off early speed and win in gate-to-wire fashion. He draws a small field in this race, gets a good post to work with on the rail, and is likely to flaunt that early kick once again. In a field lacking speed, he should be able to get away with some manageable fractions and will be very difficult to pass down the lane.

I’ll be building my multi-leg tickets around this colt and hope to find prices in some of the other legs.

#7 Point Me By: This colt to be another on Saturday’s Keeneland program that could offer some value at a big price. This colt comes in off a disappointing graded stakes outing going off as the favorite – he didn’t have much left down the lane which was surprising showing how well he kicked into gear two starts ago at Arlington Park.

Saturday he gets to drop in class and should be able to work out his ideal trip – a stalking one with quite a bit of early speed to chase in here. Returning to the route distance along with reuniting with jockey Adam Beschizza who rode this colt to his first-ever win adds to the appeal.

#1 Sleepy Eyes Todd: When on his game this horse has won by showing off speed, by working out stalking trips, and he’s also closed from what looked to be impossible spots at times to win eight of 20 career races to this point. He comes in off a runner-up finish in the Charles Town Classic setting the pace.

He gets another try at the mile and eighth distance which appears to be his best, draws the inside which adds to the options on trip scenario and possibilities, and gets another try to notch another graded stakes victory to his name. I love his chances and I think he should be a fair price to take a shot.