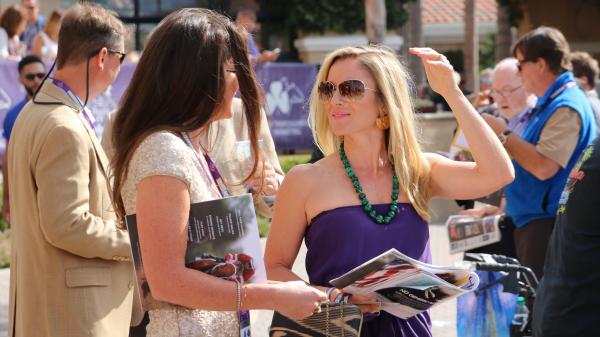 #1 Silver State: He has been stellar this year, particularly at the one-mile distance where he’s never finished worse than second. The rail is an advantageous post for this colt who can win off so many different kinds of trips, although I wouldn’t expect him positioned too far off the pace early on.

Although he’s yet to race in California throughout his career, he flaunts wins at numerous different tracks and seems to ship well – and that comes in handy when trying out new surroundings for the first time.

#4 Rougir: She was able to defeat last year’s winner of this race, Audarya, in the Longines Prix de l’Opera by tracking her down late. She gets a big post advantage over that rival who draws the extreme outside.

Rougir has been racing exceptionally well in her most recent few outings and seems to be one of the fillies in here that will be excited to have more furlongs to work with. Although she’s never raced over a firm turf course (I think that’s more by sheer coincidence), there’s no reason to think she won’t be able to handle it well.

#8 Special Reserve: Jackie’s Warrior is no doubt the one to beat, and he’s going to be incredibly tough, however he won’t offer any value for a win bet.

I find myself intrigued with this gelding who seems to be peaking at the right time. He’s definitely fast enough to compete with this group and draws a favorable outer post. He’s going to be put in play early and that always gives you a shot turning for home especially in sprint races. I’ll be using him in an exacta box with Jackie’s Warrior, and betting this horse to place for some value.

#4 Essential Quality: He’s been incredibly consistent during his 2-year-old and 3-year-old campaigns and comes into Saturday riding a three-race winning streak. With a ton of speed entered today, including his stablemate Knicks Go (the main speed danger), he could be one of the biggest beneficiaries by working out a stalking trip or being positioned just behind the speed early on.

With this being one of the deepest Classic fields in recent memory, he should offer quite a bit of value to back simply as a win candidate.