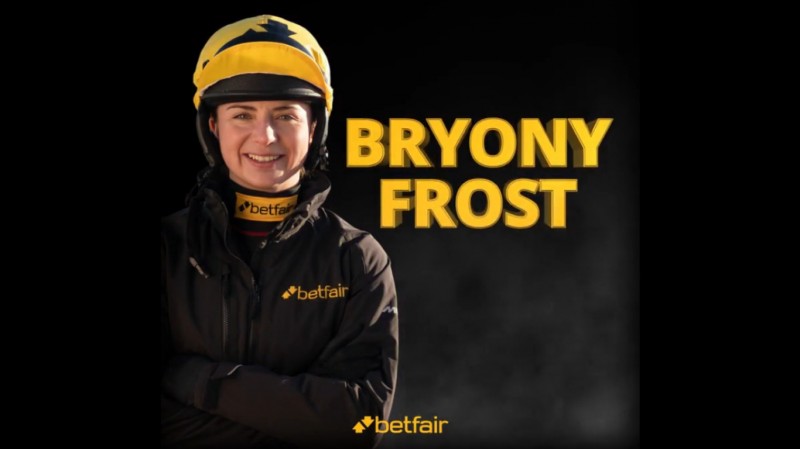 Flutter Entertainment‘s subsidiary Betfair announced Thursday the naming of English jockey, Bryony Frost, as brand ambassador. Frost will be joining the group after winning the Grade One Betfair Tingle Creek this season, and was also the first female jockey to land the coveted King George VI Chase.

On her new role, she explained: ”I’m super excited to become a Betfair Brand Ambassador. Being part of the Ditcheat team, with Paul Nicholls, means I’ve seen first hand how great a crew they are to work with and some of the cool Horse Racing content they produce. This is a very important part of the season with all the Spring Racing Festivals fast approaching and we have some really exciting plans over the coming months.”

Furthermore, the new ambassador will also have her professional input on Betting.Betfair as well as speaking on Betfair’s racing podcasts such as the Cheltenham “Roarcast”, “Racing Only Bettor” and “Weighed-In”.

In an official press release, Laura-Jane O’Shea, Chief Executive Officer of Betfair, commented: ”We are delighted to welcome Bryony to the Betfair Ambassador family. Just like Betfair, she has been an innovator in her field. Rising from Champion Conditional in 2019 to establishing herself in the top echelons of National Hunt Racing.  Not easily done in such a competitive environment. Her admirable work ethic and sense of fair play are a reflection of our own values and we are excited by the prospect of working with a genuine role model to generate great content, which will not only serve our customers but will also help showcase Horse Racing to the wider public in a positive and collaborative way.”

For racing in 2022, the Cheltenham Gold Cup is taking place from 15 to 18 March, featuring 14 Grade One races across four seven-racecards as the best horses, trainers and jockeys go head to head.