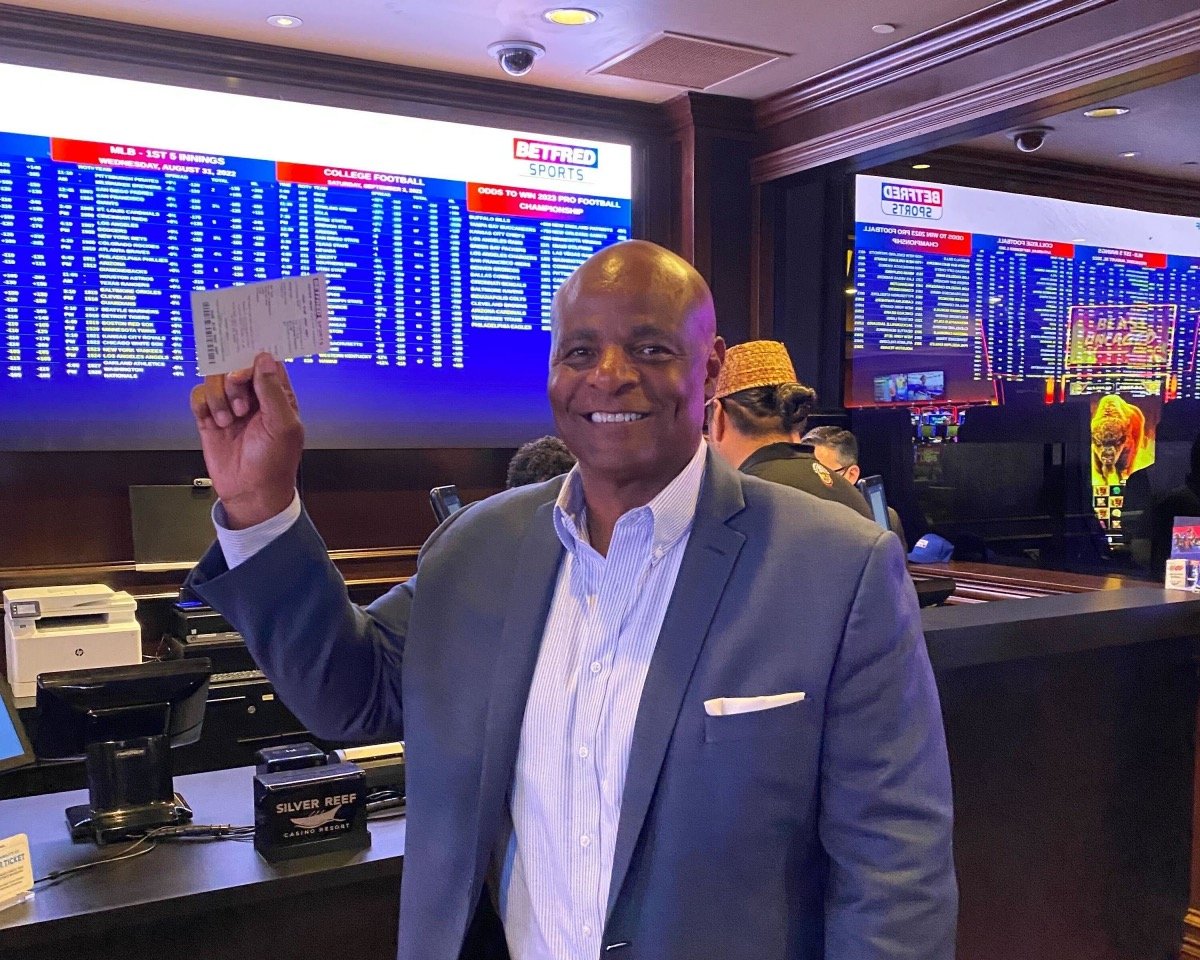 Betfred launched in its sixth US state on Wednesday as the sportsbook celebrated the grand opening of its retail sportsbook at the Silver Reed Casino Resort in Ferndale, WA.

Legendary football quarterback Warren Moon holds up the betslip he placed Wednesday at the Silver Reed Casino Resort in Ferndale, WA. Betfred and the Lummi Nation, which operates the casino, celebrated the grand opening of the sportsbook Wednesday. (Image: Betfred)

Hall of Fame quarterback Warren Moon, who played for both the University of Washington and the Seattle Seahawks, placed the first bet at the tribal casino operated by the Lummi Nation.

The Betfred sportsbook operates where a bar used to stand in the casino. With more than 2,000-square-feet, the book features several high-definition video screens as well as multiple stations and self-serve kiosks.

“The sportsbook will be a fantastic new amenity for our guests and will enable us to continue delivering the premier gaming and resort experience in the Northwest,” said Silver Reef CEO Marty Sauvage.

Silver Reef is located about 80 miles north of Seattle and 40 miles south of Vancouver, BC, Canada.

Sports betting is only allowed at the Class III tribal casinos in the state. Anyone 18 and older can place a wager, and betting is allowed on professional sports and major college sports – except for collegiate events involving an in-state school.

Betfred Expanding Rapidly in US

Betfred is eager to expand in the US. Entering Wednesday, the American division of the English-based operator was live in Arizona, Colorado, Iowa, Louisiana, and Pennsylvania.

Betfred USA COO Bryan Bennett said in a statement that the company had been considering Washington as a viable market and is eager to partner with Lummi Nation.

We look forward to utilizing our 50 years of bookmaking experience to make the Betfred Sportsbook at Silver Reef Casino Resort the go-to destination for sports wagering in the state,” Bennett said.

Beyond Washington, Betfred has plans to operate a sportsbook at the Mohegan Sun Casino at Virgin Hotel Las Vegas and to partner with the Cincinnati Bengals to operate in Ohio. Betfred is also seeking to enter Maryland and Virginia.

All four of those states still require approval by state regulatory boards.

The state law that permits Washington officials to amend the gaming compacts with tribal operators and allow sports betting is the target of a lawsuit by Maverick Gaming. That company, which operates cardrooms across the Pacific Northwest, filed a federal suit claiming the Indian Gaming Regulatory Act gives tribal gaming operators exclusive access to gaming opportunities that commercial operators cannot access in Washington State.

Maverick Gaming CEO Eric Persson happens to be a member of the Shoalwater Bay tribe.

“We did not take this action to seek the dismissal of Maverick Gaming’s lawsuit lightly. It pains us to have to legally oppose a member of our own tribe,” Shoalwater Bay Chair Charlene Nelson said in a statement when the motion was filed. “But Eric Persson’s lawsuit left us no choice. If successful, this self-serving case would cause irreparable harm to historically marginalized tribal communities and to the general public as well.”

2022-09-01
Previous Post: Consignors And Commercial Breeders Association To Host ‘Deal Or No Deal’ Panel At Keeneland – Horse Racing News
Next Post: Dan Cates is on the ‘Top of the Game’