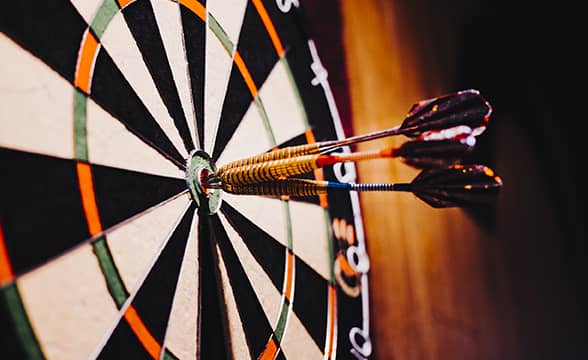 Betfred to Keep Title Sponsorship of the World Matchplay

Betfred has moved to extend its sponsorship agreement for the Betfred World Matchplay throughout 2025 by signing a three-year extension to its partnership with the Professional Darts Corporation (PDC).

Gaining Popularity via the Event

The extension of the sponsorship agreement between Betfred and the PDC was announced ahead of the last match of the nine-day Betfred World Matchplay event taking place at the Winter Gardens in Blackpool featuring Gerwyn Price and Michael van Gerwen.

Betfred’s founder Fred Done hailed the sponsorship agreement of the Betfred World Matchplay as a “brilliant success for the past four years” and was more than happy to extend the partnership with the PDC until at least the end of 2025.

The Betfred World Matchplay is one of my favorite sporting events each year and the 2022 event has been a wonderful championship.

Done also pointed to the “superb standard of the players” and the “brilliant, sell-out crowds in Blackpool” as proof of the importance of the event.

Also commenting on the sponsorship extension, PDC’s chief executive officer Matt Porter outlined the news was the perfect way to end a “memorable week,” highlighting the benefits Betfred gained via the sponsorship for the World Matchplay event.

Betfred have enjoyed huge exposure over the past four years with their sponsorship of the World Matchplay and we’re delighted to continue to work with them for at least the next three years.

The nine days of darts action attracted over 20,000 fans of the sport to the Winter Gardens, on top of the event’s global TV coverage and the action did not disappoint, registering a record of 180s and a nine-dart finish by Prince in Saturday’s semi-finals.

Outside of the UK, Betfred has been active in the US where recently the operator entered a partnership with the Cincinnati Bengals of the NFL to gain market access in Ohio ahead of the official launch of the market on January 1, 2023.

In Maryland, another state that is still to launch mobile and retail sports betting, Betfred teamed with Long Shot’s of Frederick, an over-the-counter (OTB) betting parlor bringing live off-track betting for horse racing to Frederick County.